D-backs 3, Dodgers 1: Hill gets #Blistered as offense struggles to hit a RHP this time 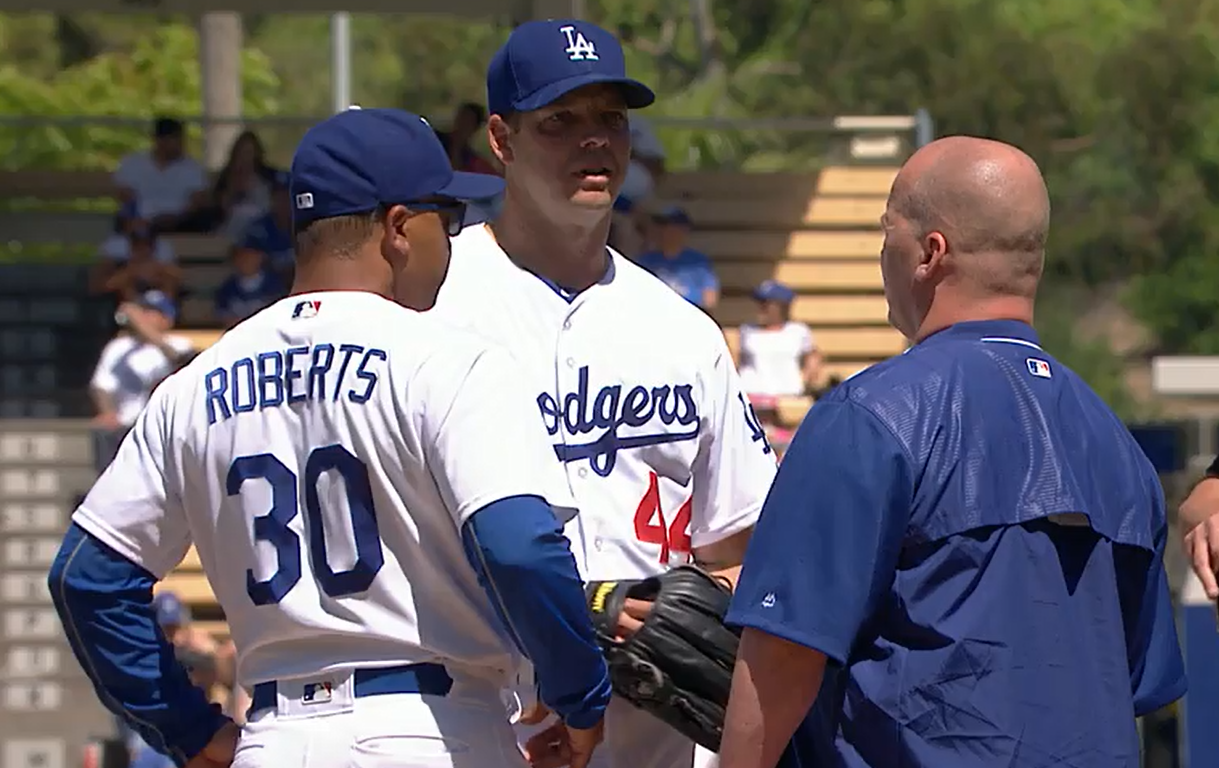 Rich Hill came off the 10-day DL to make this start, and it seemed like it. Hill was rusty and his command was all over the place. While he got through the first two innings unscathed, the third saw the D-backs send eight men to the plate, with the D-backs scoring two runs. One came on a homer to Chris Iannetta and one came on a bases-loaded walk to Jake Lamb. Hill’s struggles with two strikes told the story of the inning, as he allowed three consecutive hits on an 0-2 count to start the frame, and for the game allowed five two-strike hits.

Hill’s day came to an end after three innings, with him allowing the aforementioned five hits, along with two walks. He struck out two as well on 54 pitches, but his ended prematurely due to a blister — what else?

Hill is coming out of the game.

Hill did leave with an aggravation of middle finger blister.

Ross Stripling then entered in relief and looked great doing so, lasting 2.1 scoreless innings. He gave the Dodgers 49 quality pitches, striking out three and surrendering three hits and a walk. However, he left a bases loaded jam with just one out for Sergio Romo to clean up, and Romo managed to do just that by inducing a double play. The next inning was a different story, however, as a walk, a ground out that advanced the runner, and a single to center scored a run.

The rest of the way, Luis Avilan, Pedro Baez, and Grant Dayton combined for 2.2 perfect innings, which continues the bullpen’s excellent showing so far in 2017.

Unfortunately it wasn’t enough, as the fact that a righty was on the mound didn’t seem to count for much. The Dodgers mustered just five hits (four singles, one double) and three walks on the day against the D-backs pitching that was led by Taijuan Walker.

The Dodgers got a run when Yasiel Puig reached out and hooked a double down the line in the fourth, scoring Yasmani Grandal (who was running on the play) from first.

The only other time the Dodgers really threatened was in the first, when Joc Pederson struck out with the bases loaded, but they simply didn’t have enough chances today to do anything.

With the loss, the Dodgers fall back to 7-6 overall and 5-2 at home, but the concern has to be with Rich Hill and how long he’ll be out.