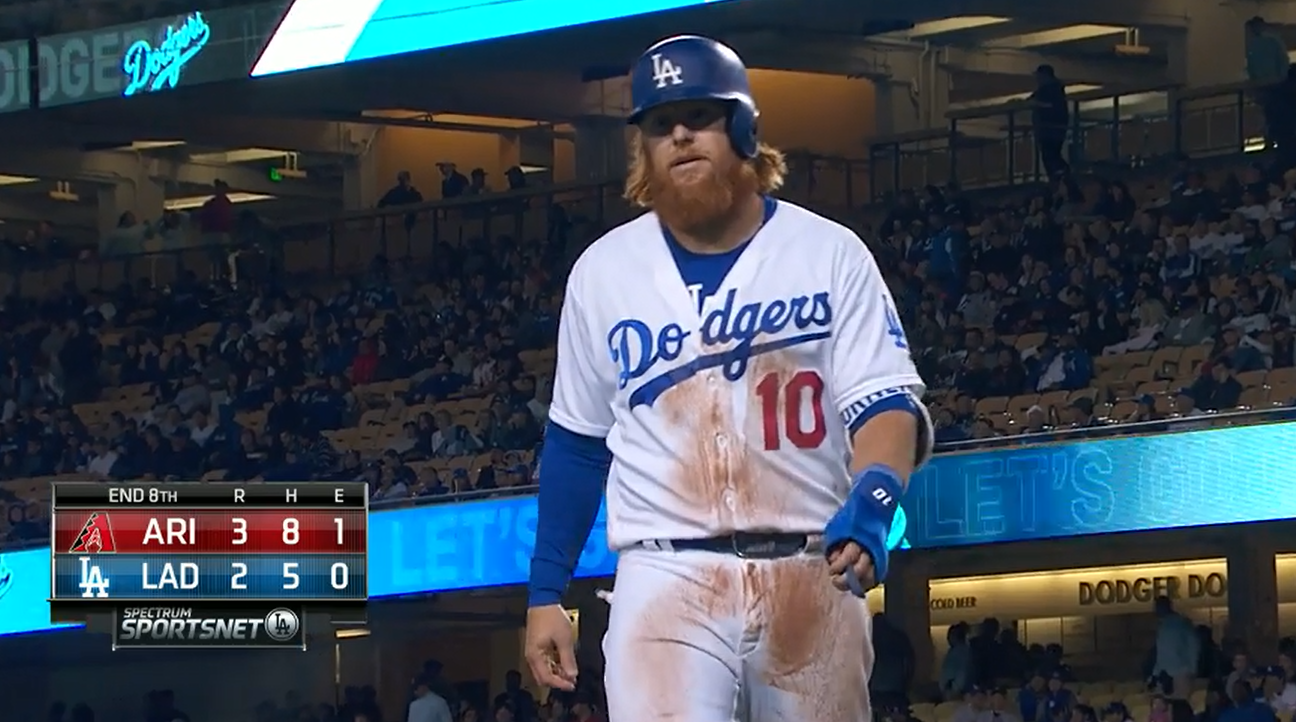 Robbie Ray wasn’t exactly at his best tonight against the Dodgers, especially early, but he did put together a quality outing in the end. Ray ended up walking four batters in six innings of work, but only allowed three hits to the Dodgers. He struck out 10 batters on the night, and got out of a bases loaded jam with one out in the second, allowing just a Logan Forsythe sac fly. The second run he surrendered came on an Enrique Hernandez homer in the fourth that he just barely kept fair.

The Dodgers didn’t really threaten against Ray after the second inning, which continues to the problem of not even giving themselves the chance to score more often than not.

Brandon McCarthy looked sharp once again, seemingly maintaining complete control over the game until being singled to death in the fifth inning. He deserved better, as two of his three walks were pitching around Paul Goldschmidt, and all five hits were singles with at least three of them not exactly being smoked. While he did get help in the first when Yasmani Grandal gunned down two would-be basestealers, he was otherwise in control, as the eight strikeouts and 60 of his 86 pitches on the night going for strikes would attest.

Unfortunately, the top of the fifth happened, and after getting the first out of the frame, he issued an avoidable walk. McCarthy bounced back to record a strikeout, and then gave up three singles in a row to drive in two runs and tie the game, including one to the pitcher and a weakly-hit jam shot up the middle.

Grant Dayton took over for McCarthy, throwing a scoreless inning in relief. However, with Ross Stripling and Alex Wood unavailable, and Sergio Romo and Luis Avilan working the past two games, the Dodgers tried to get three innings out of Chris Hatcher. In the seventh, he escaped a jam by getting Goldschmidt out with runners on first and second, but he promptly allowed a homer to lead-off the eighth and surrender the lead. Hatcher then got two outs in the ninth as well before being removed for Avilan after allowing a single. Avilan proceeded to give up an insurance run on a double, issued an intentional walk, and then mercifully got out of the jam. But then why not bring him in while the game was still tied?

Maybe there were other things at play here that we are not aware of, but I can’t believe that was the best decision available. Romo and Avilan pitched on back-to-back days, but Romo threw just 17 pitches and Avilan threw just 10. Even Pedro Baez only threw 17 pitches despite getting four outs yesterday. I mean the homer is still on Hatcher, but what did you honestly expect asking him to get three frames in a tie game?

A microcosm of the game was the eighth inning, when Justin Turner led-off with a double thanks partially to Yasmany Tomas, and the Dodgers proceeded to see a grand total of four fucking pitches, and all that aggressiveness netted was three easy pop-ups to escape the jam.

The Dodgers’ “offense” managed just five hits and four walks on the day, striking out 13 times.

With the 4-2 loss, the Dodgers fall back to 7-7 overall and 5-3 at home. Honestly, a terrible result for this series.