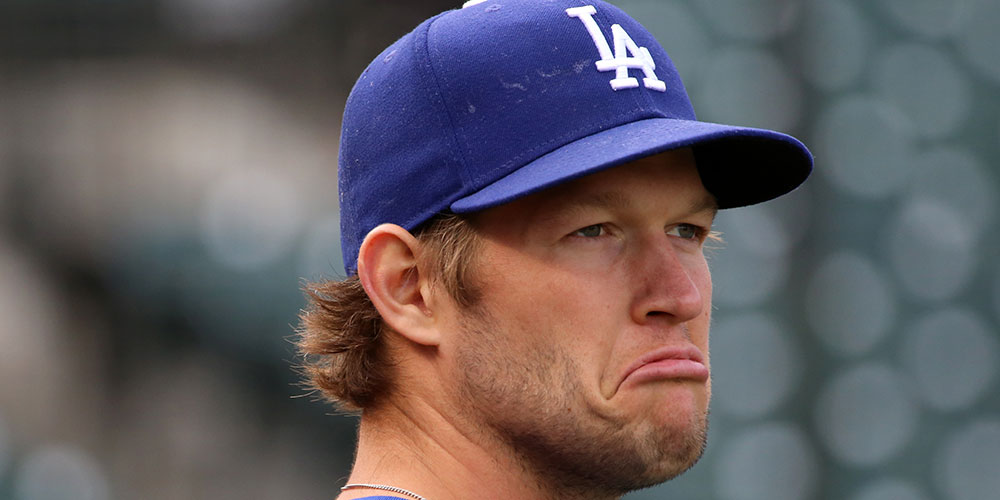 If you’ve noticed recently that we’ve been saying some variation of “Clayton Kershaw‘s slider wasn’t sharp today” in the recaps of games he’s started, you’re definitely not alone. It’s been mentioned by many since the start at Colorado, but I never felt particularly motivated to write about it because I figured it’s Kershaw so he’ll figure it out. Well, April is gone and May has started, and if last night was any indication, Clayton has definitely not figured out his slider problem yet.

While there’s definitely still time to get everything right, this is a rather unique problem in that it’s not a “fretting about his ERA” overall performance type of thing, but a specific issue with a key pitch. And make no mistake, the pitch is key for Kershaw, as the evolution of the slider is what made Clayton Kershaw into Clayton Kershaw.

Rather than blabber on, it’s best just to show the changes as a chart.

2011 is when Clayton first started using the slider about 25% of the time, and it’s no coincidence that’s also when he made his first All-Star team and started the march towards becoming an all-time great. However, while it used to sit 84-86 mph from 2011-14, in 2015 he started to throw it harder in the 87-88 mph range and that became the new normal. 2017 is the exception thus far, with Clayton throwing the slider at an average of 89.5 mph, a tick or two harder than before. That might be an issue as it seems to be causing the pitch to straighten out — not unlike what happens to Kenley Jansen‘s cutter when it gets into the high-90s.

There’s a massive shift in both horizontal and vertical break, which shows a deviation of two inches less slide and five inches less drop. But perhaps due to Statcast/Pitch F/X issues (1/2), you’re skeptical about trusting that data right now. Understandable, so instead just take the word of hitters, who are swinging and missing at the pitch 10% less and are making contact with it 15% more.

Failing that, just watch the difference between a slider lazily selected from the middle of last year…

…against one from yesterday.

Sort of looks like a fastball but slower, right? Well it kind of is at the moment, and anecdotally the location miss is about accurate as well, which helps explain the current affinity batters seem to have for a once dominating pitch.

So all that spells out why I’m concerned about the slider of Clayton Kershaw, but of course it’s only May, and I’m definitely not going to enter panic mode about a pitcher of his caliber. The amazing thing is that Kershaw could continue on like he is now, with one of his double-plus pitches reduced to mortality, and still be an ace-caliber pitcher. Most importantly, of all the people on the team, it’s Kershaw that will likely recognize the issue and make the necessary adjustments.

That said, whether the slider makes it back or not will likely be the difference between being able to enjoy the best pitcher on the planet and merely a great ace, and the Dodgers will probably need the former to meet the end goal of the season.