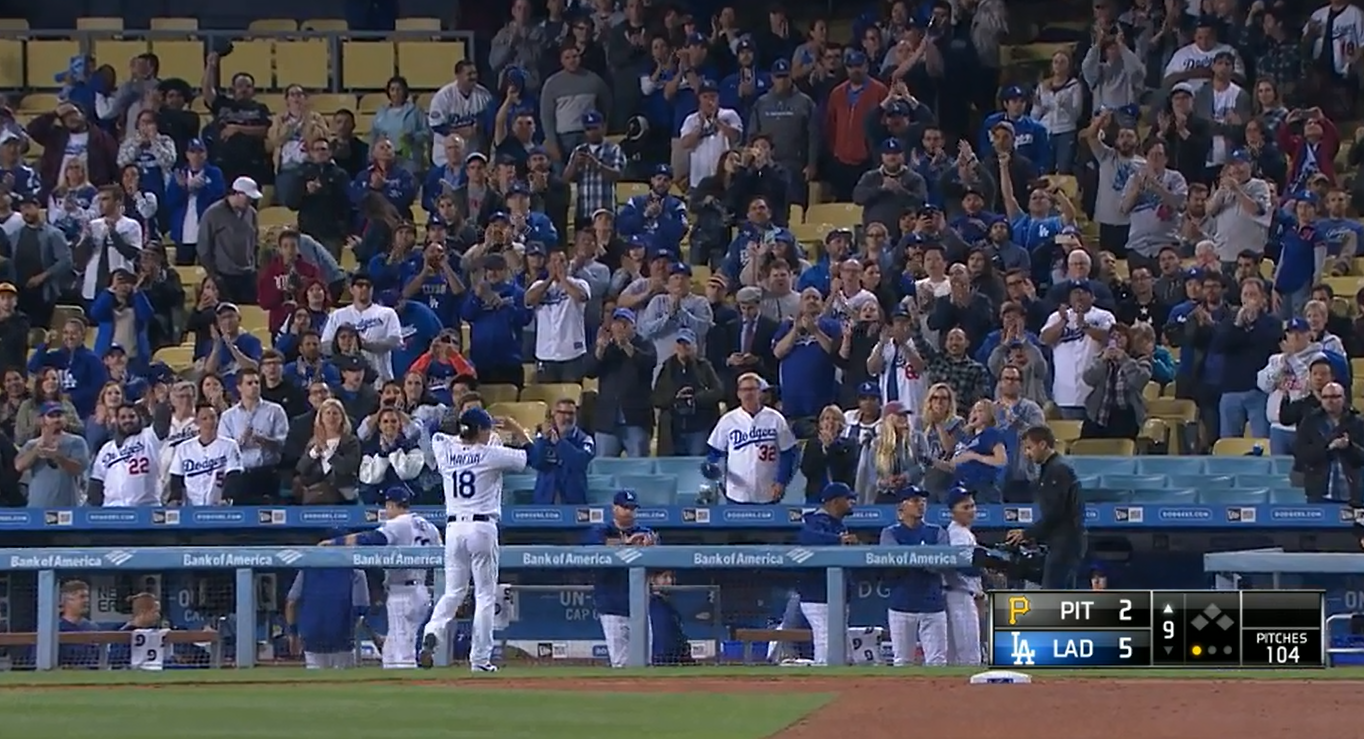 Four starts into his 2017 season, it was being seriously debated whether Kenta Maeda should be demoted to the bullpen. The concerns were valid at the time, but after twirling a gem today in a 5-2 win over the Pirates, it sure does seem a bit silly.

Maeda had it working tonight, with command of basically all his pitches, and surprisingly he did it with more changeups and less cutters — the pitch that made him more successful his last two turns. He was so good that the possibility of a Maddux happening was a thing entering the ninth, though that was quickly ruined by a long Josh Harrison at-bat, and then the shutout was ruined by a Francisco Cervelli two-run shot. After striking out Andrew McCutchen, Maeda’s night was done and he was greeted with an appropriate ovation from fans.

On the night, he walked none, struck out five, and allowed just five hits to the Pirates. In three starts since the rumblings, Maeda’s allowed five earned runs in 20.1 innings on 13 hits and four walks. Maeda has also struck out 21 and has most importantly allowed just one long ball.

Offensively, the Dodgers provided Kenta with enough support to allow him to coast a bit without much trouble. The cushion came early, with Cody Bellinger just flipping a homer over the left-field wall for a two-run shot in the first.

Later in the same inning, Chase Utley (!!!) actually did something, singling in the third run of the frame with a clean oppo single.

Amazingly, Utley struck again in the fourth, this time driving an RBI double just out of the reach of the right fielder.

The Dodgers continued to pour it on a bit in the eighth, when Yasmani Grandal hit a big bouncer over the first baseman for a run.

There were only eight hits and four walks on the night, but when half those hits are for extra bases (three doubles, homer), it’s a lot easier to score runs.

Still, the star of the night was undoubtedly Maeda, as he turned in arguably the best start of his career to complete the sweep of the Pirates.

"A highly rational Internet troll." - Los Angeles Times
@ChadMoriyama
Previous Pirates @ Dodgers May 10, 2017: Maeda for the sweep; Toles out for season with torn ACL
Next Looking at how the Dodgers might replace Andrew Toles