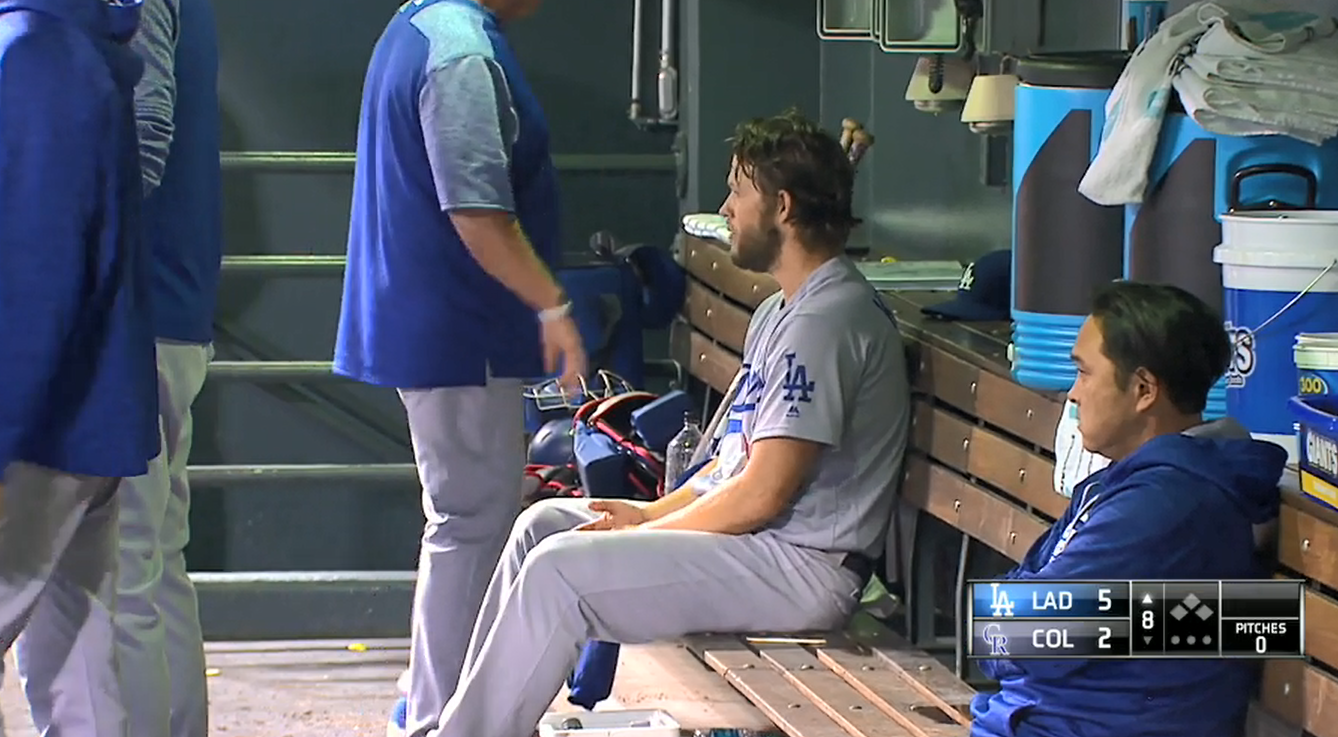 Clayton Kershaw might not ever again look as utterly dominant as he did in 2016, but even if not, he’s still amazingly good and he led the Dodgers to a 6-2 win tonight over the NL West-leading Rockies.

Here’s a rare sentence this season: Clayton Kershaw had the slider working tonight but was rendered a two-pitch pitcher due to not having his curve at all. While the slider isn’t all the way back, and he’s still throwing it oddly hard, the movement was better and the swings and misses followed. However, the command of his breaking balls at times were off, which helped hitters focus on his fastball, which was subsequently pounded … for Kershaw’s standards.

Kershaw walked one and surrendered seven hits, and he actually got a bit fortunate with contact, getting away with striking out just four batters. He allowed runs in the third and fourth innings and had to wiggle out of trouble in the second, but was otherwise pretty clean throughout.

The tease, of course, is sequences like this to strike out Carlos Gonzalez, where he reminds everybody THAT Clayton Kershaw is still there with some tweaks.

Another odd decision was involved in this game, as a start after he threw a puzzling 118 pitches, the Dodgers pulled him after 7 innings and 85 pitches. At least he got the run support, though.

Offensively, the story was sequencing, with five of the six runs coming in the explosive second inning that allowed the Dodgers to coast a bit. Cody Bellinger started things with a walk, and with one down Chris Taylor also walked. That led to the suddenly hot Chase Utley, who promptly hit a ball into the gap that got past Charlie Blackmon in center for a two-RBI triple.

After Yasiel Puig walked, with two down Joc Pederson doubled to right to net another run.

That was followed by the big blow, which was Corey Seager on a 3-0 count going down the oppo line for a two-RBI double.

Bellinger continued his hot start by adding insurance in the eighth inning by hitting a homer, and off a lefty to boot.

That made things a bit easier for the bullpen, and Luis Avilan and Pedro Baez combined to get the eighth, which even included a bit of emotion from Baez!

Even with a four-run lead, Kenley Jansen was summoned, which makes sense given he hasn’t been used a ton this season. Jansen got a 1-2-3 ninth to secure the victory, but didn’t even strike anybody out. Bust!