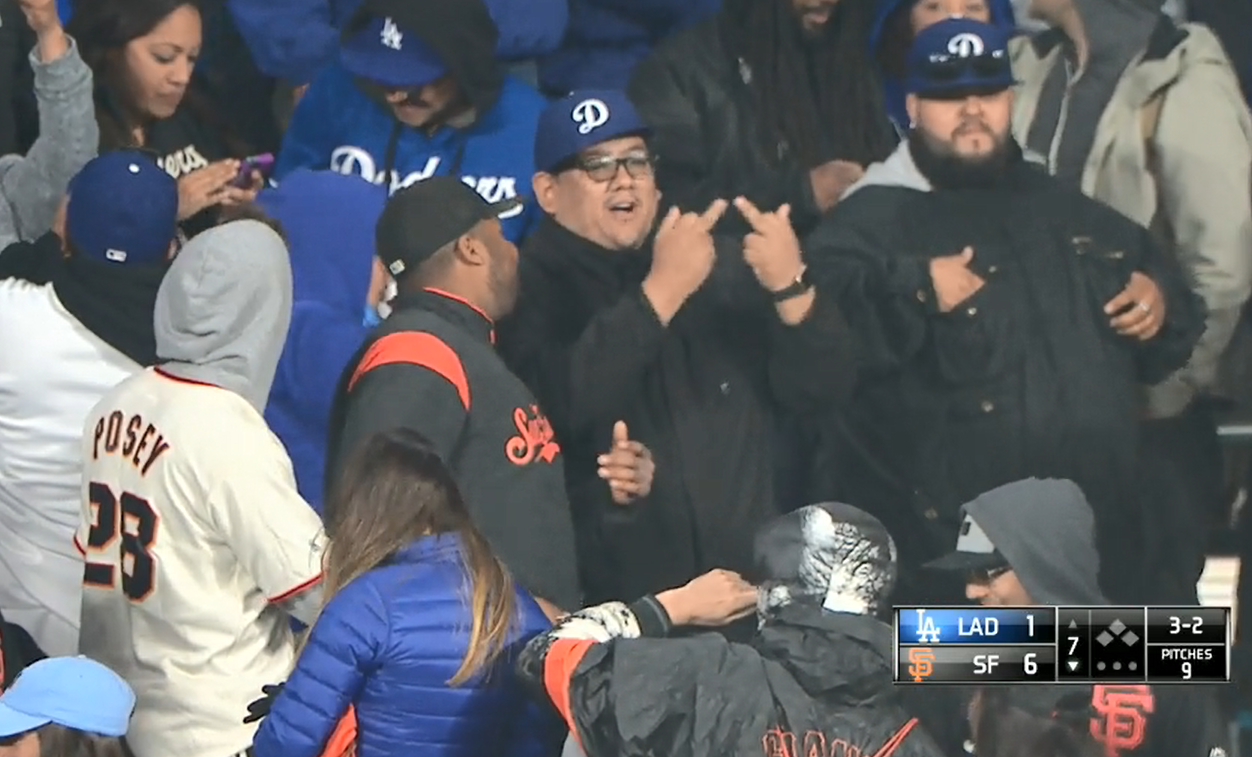 ‘How To Lay An Egg In Major League Baseball’, a book written by the Los Angeles Dodgers, had its latest chapter completed today in an 8-4 loss to the rival Giants that wasn’t as close as the score.

The Dodgers struck first in the top of the third with a two-out rally, as after Corey Seager singled, Yasmani Grandal drove in a run by crushing a double to deep right center.

In the bottom half, though, the Giants came back in the most Giants way possible, scoring on a single, a sacrifice, and then a bloop single over short.

Then in the fourth they blew the game open in equally appropriate fashion as they went jam-shot single, clean single to right, double down the line past Chase Utley‘s broken body, broken-bat roller infield single to Seager that resulted in another base after a quasi-rundown fail, a steal of third without a throw, and then a sacrifice fly to cap off a four-run inning.

The Giants pushed across another in the sixth on a walk, stolen base, and single combination, so Brandon McCarthy wasn’t exactly at his sharpest, but it’s hard to say he was exactly terrible either. There was some hard contact, but no homers and generally a lot of bad luck in terms of sequencing more than anything. He finished the game giving up 6 runs in 5.2 innings, allowing 8 hits but walking just 1 and striking out 5.

While he probably deserved better, it wouldn’t have mattered much when the 2017 version of Matt Cain shuts the offense down for 6.2 innings of 1-run ball, allowing just 5 hits and 3 walks. Hell, it didn’t matter who as they didn’t get to the terrible Giants pen either, totaling just 8 hits and 4 walks in the game.

Grant Dayton, who has been worrying this year (especially after the DL stint), allowed two runs in an inning of work. I guess at least Chris Hatcher followed with 1.1 perfect innings, striking out three.

The Dodgers scored a run in the ninth on an Austin Barnes single, Chase Utley walk, and Chris Taylor double, then got another on a Franklin Gutierrez single. A passed ball also brought home a run in the 3-run ninth, but it was far too little and too late.

At least Dodgers fans had a good showing.

With the loss, the Dodgers fall to 22-17 overall and continue to play mediocre on the road at 9-11. It wouldn’t feel so bad if it wasn’t Matt Cain and the Giants … again.