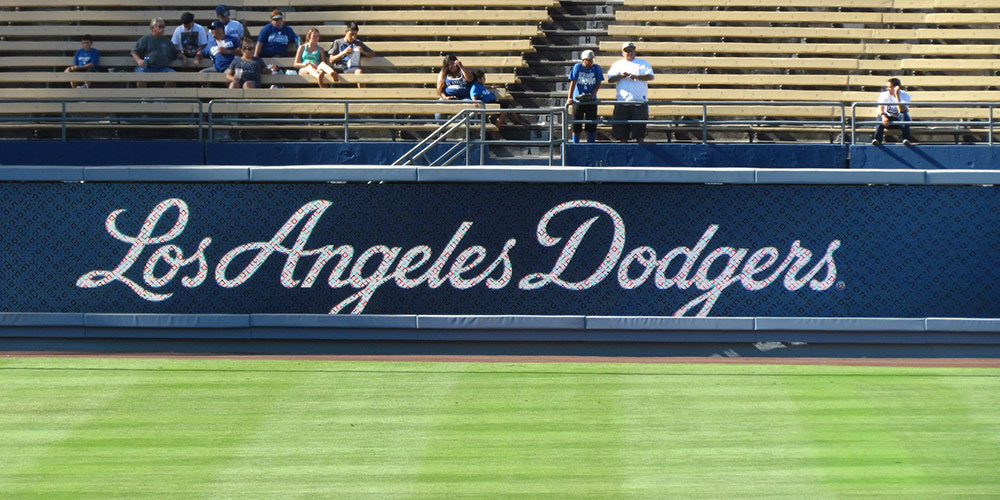 In his first game since being named last week’s National Player of the Week, Alex Wood (2.27 ERA, 1.64 FIP, 1.009 WHIP) takes the mound tonight against the Miami Marlins. In each of his past two starts, Wood has recorded double-digit strikeouts. In the month of May, he’s allowed five runs (four earned) in 16 innings pitched, and he’s struck out 29 batters versus just three walks. Alex Good, indeed.

25-year-old southpaw Justin Nicolino (1.50 ERA, 3.87 FIP, 1.667 WHIP) has only made one start so far this year. He began the season with Triple-A New Orleans, where he made seven starts, posting a 4.46 ERA and 1.539 WHIP before being recalled last week. A second-round draft pick by the Blue Jays in 2010, Nicolino was part of the massive 12-player deal between Toronto and Miami in 2012.

After injuring himself rounding third base last night, Justin Turner has been placed on the 10-day disabled list with a right hamstring strain. It’s grade one, which is the least mild, so that’s encouraging.

Enrique Hernández will fill in at third base tonight (and bats cleanup), his third start there this season. However, the plan is to have Logan Forsythe take over at third when he’s activated from the disabled list on Tuesday. He’s starting there tonight for Rancho Cucamonga (where Kenta Maeda is also making a rehab start).

Brett Eibner was recalled to take Turner’s spot on the roster, and starts in center field in place of Joc Pederson with a lefty on the mound. Cody Bellinger starts at first base, with the just-reactivated Adrián González getting a scheduled night off.

Roberts says Bellinger will be at 1B tonight. Adrian Gonzalez on the bench tonight. "I told Adrian I want to break him in slow" #Dodgers

A quick look ahead at the Dodgers’ probable starters for the remainder of the series and the next series versus the Cardinals:

Sarah Wexler is a native Angeleno and longtime Dodger fan. She began blogging about baseball in 2012 on her Tumblr, New Grass On The Field, where she covered an array of topics but especially enjoyed exploring baseball history. She is now a reporter/producer for MLB.com. She earned her master's degree in Sports Management from Cal State Long Beach. She graduated from New York University in 2014 with a bachelor's in History and a minor in American Studies. She's an avid Springsteen fan, which is a big boost to her baseball writer cred.
@sarahwexler32
Previous 2017 MLB Draft Profile: 1B/OF Evan White, University of Kentucky
Next Dodgers 7, Marlins 2: Alex Wood was very very good, then dumb stuff went down