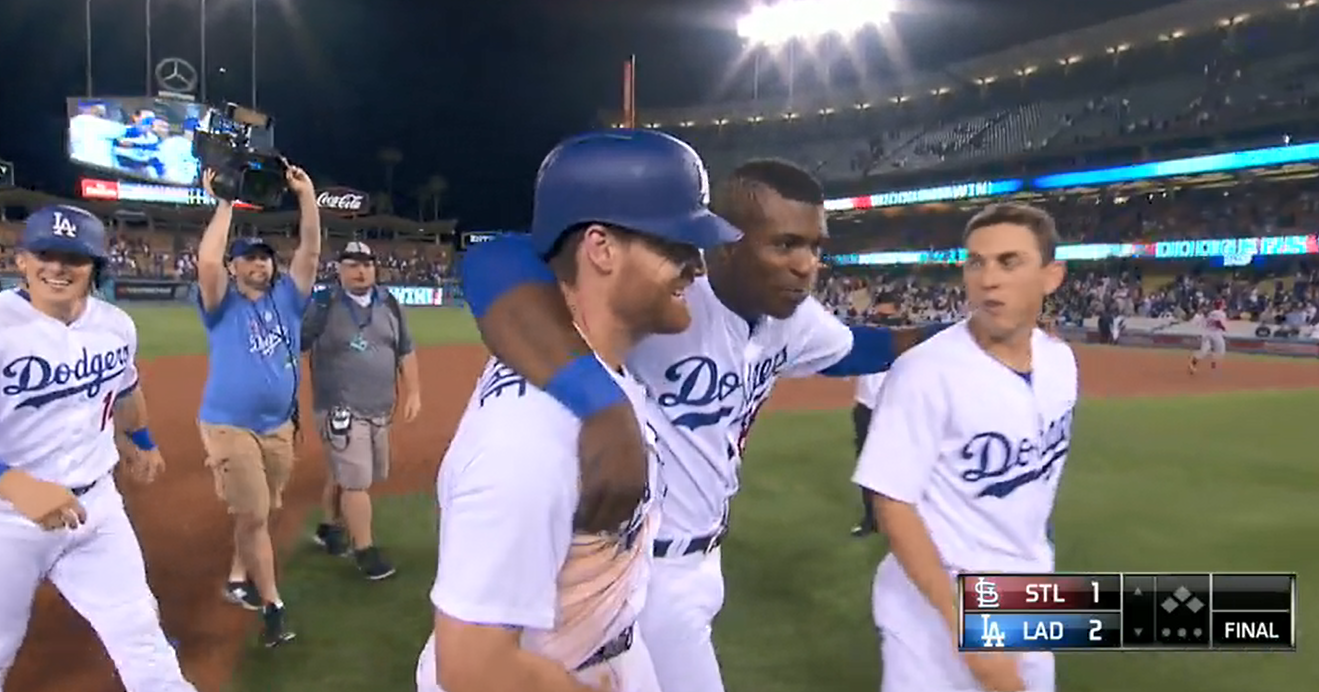 The Dodgers started their tough upcoming slate today against the Cardinals, and they got off on the right foot with a 2-1 victory thanks to a masterful performance from Clayton Kershaw and timely hitting by Logan Forsythe.

Kershaw had it all working today, with command and effectiveness of all three pitches apparent from the get-go and any talk of him struggling (relatively speaking) put comfortably behind him. Most importantly to his success, it was clear that Kershaw had the slider working, as the velocity range was right and thus so was the break.

He even seemed comfortable enough with his mechanics that he was dropping his release point down again, except this time instead of it just being hard stuff, he actually broke out a breaking ball with it.

I believe it was his first ever and now this wrinkle could be useful going forward in the same way Rich Hill‘s is.

I believe that's the first breaking ball Kershaw has thrown from that sidearm action.

Kershaw faced some trouble in the 6th inning when he was greeted by a lead-off double, but a ground out and two strikeouts later and he was out of the only danger of the night. The lack of issues helped him go deep into the game.

After managing his workload carefully all season, Kershaw went nine innings and threw 104 pitches, allowing just 3 hits and 0 walks, striking out 10 batters. Unfortunately, he also threw a wild pitch. After a lead-off single in the 9th, a ground out advanced the tying run to 2nd. Kershaw then yanked a pitch and bounced it in the dirt, which was a tough block but Yas at least needed to find the ball after. Unfortunately, he didn’t and it ended up scoring a run from 2nd to tie the game on a wild play.

Just … frustrating. To say the least. 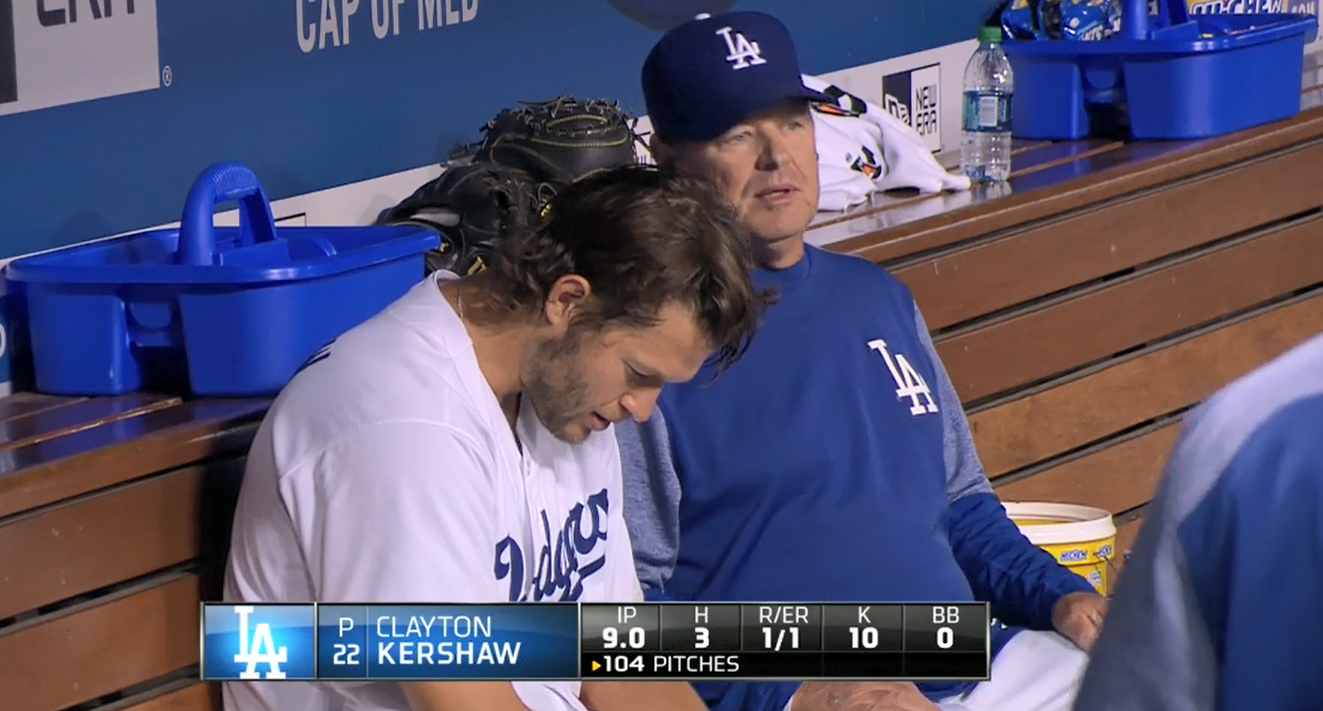 Of course, the reason such a silly thing tied the game is because the offense was generally DOA. Lance Lynn on the opposite side of things was basically equally dominant in his eight frames, allowing just 2 hits and 2 walks on the night to mute a red-hot Dodgers lineup.

Thankfully, one of those hits was an absolute shot to center off the bat of Yasmani Grandal in the first.

And that was Kershaw’s run, but it unfortunately didn’t hold up in the end.

Kenley Jansen then entered in extras with the walk-off in play and got a 1-2-3 inning, but at a cost of a Joc Pederson and Yasiel Puig collision.

The replay shows how ugly it was.

Puig somehow stayed in the game while Joc thankfully walked off under his own power but was removed. Hope for the best.

In the 11th, Pedro Baez entered to get a 1-2-3 frame of his own. Luis Avilan then broke the pen’s perfect streak in the 12th when he surrendered a single, but that was all the Cardinals got in the inning. Josh Fields then resumed business as usual for the pen with a 1-2-3 frame in the 13th, looking dominant and proving Dustin was truly an idiot for suggesting that maybe he could be good.

The offense only mustered 3 hits and 5 walks in almost 13 innings, but in that 13th inning, they finally they broke through after a 2-out walk by Enrique Hernandez which was followed by a walk-off double courtesy of Logan Forsythe.

Oh yeah, this happened earlier to Joc as well.

When you're playing baseball, but you also want a piggyback ride. pic.twitter.com/yhNWq7T6sW

All on his bobblehead night.

With the victory, the Dodgers get to 27-19 on the year and a stellar 17-7 at home. Unfortunately, the Rockies and Diamondbacks don’t appear to be too keen on losing ever.