Cardinals 2, Dodgers 0: Adam Wainwright does it all 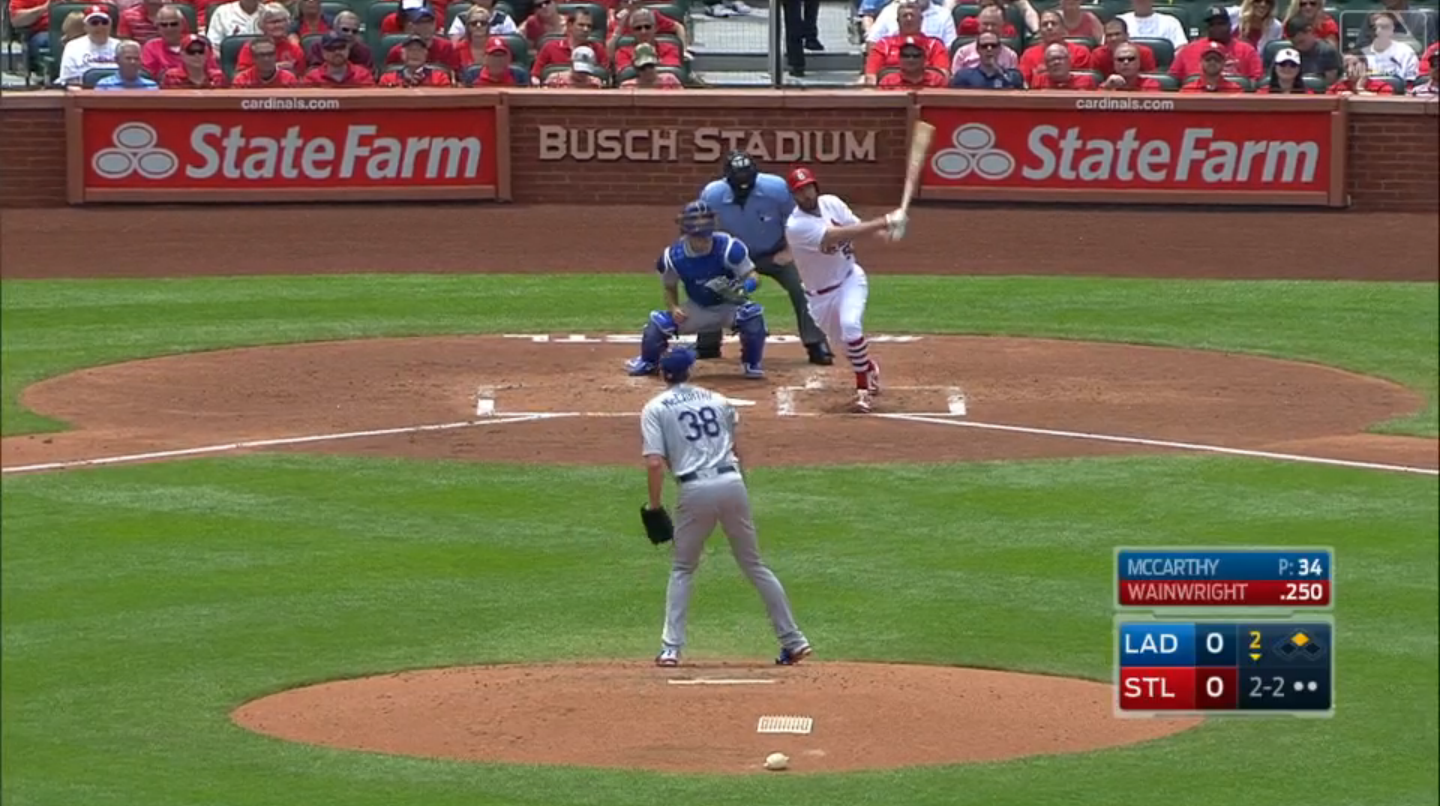 Brandon McCarthy was not great today, but he wasn’t terrible, either, in spite of the fact that this was his shortest outing of the year. In four innings pitched, he allowed eight baserunners on seven hits and a walk, while striking out six. The two runs he allowed came on one swing from an unexpected source.

With one out in the second inning, Paul DeJong singled, then took second on a groundout. It seemed like McCarthy was catching a break with opposing pitcher Adam Wainwright coming to the plate, but nope — Wainwright took a hanging curveball and crushed it to left field, his second home run of the year and 10th in his career.

McCarthy, at 85 pitches through four innings, likely could have gone one more. However, Yasiel Puig singled to lead off the fifth inning, which brought up the pitcher’s spot. Dave Roberts opted to pull McCarthy for Brett Eibner, who flied out to the center field wall. Although Chris Taylor singled, both he and Puig ended up stranded.

Wainwright pretty much shut down the Dodgers for six innings. They had a few scoring opportunities, as they recorded four hits and two walks against Wainwright, but couldn’t cash anyone in. The Cardinals bullpen continued that dominance, as Matt Bowman, Trevor Rosenthal and Seung-Hwan Oh combined to keep the shutout in tact, ending the series as a split.

Although the Dodgers did not score in the ninth inning, it was still pretty eventful, as Adrián González and Yasmani Grandal both got ejected. González, who led off the ninth inning and struck out on a wide third strike, was tossed for sniping at home plate umpire Marty Foster from the dugout. Grandal also struck out, and was also unhappy with the strike three call, and also gave Foster a piece of his mind.

In a game without many highlights for the Dodgers, they did manage to retire Stephen Piscotty twice on the basepaths, once trying to come home from third on a contact play, and once in a strike-’em-out, throw-’em-out double play. There was also Cody Bellinger‘s nice catch in left field.

Another positive is that the Dodger bullpen, once again, looked very good. Josh Fields pitched a scoreless fifth inning. Sergio Romo and the just-recalled Grant Dayton combined for a scoreless sixth, with Dayton then pitching a clean seventh. Brandon Morrow allowed a leadoff double in the eighth, but a groundout and a pair of strikeouts allowed him to escape unscathed.

If scoreboard watching in early June is your thing, at time of posting, the Rockies are up 5-1 on the Mariners, although it’s only the third inning. If Colorado wins, the Dodgers will once again be half a game out of first place. The Diamondbacks could also move ahead of the Dodgers with a victory over the Marlins tonight. That game starts at 4:10 PM Pacific, and Zack Greinke will be making that start.

Sarah Wexler is a native Angeleno and longtime Dodger fan. She began blogging about baseball in 2012 on her Tumblr, New Grass On The Field, where she covered an array of topics but especially enjoyed exploring baseball history. She is now a reporter/producer for MLB.com. She earned her master's degree in Sports Management from Cal State Long Beach. She graduated from New York University in 2014 with a bachelor's in History and a minor in American Studies. She's an avid Springsteen fan, which is a big boost to her baseball writer cred.
@sarahwexler32
Previous Dodgers @ Cardinals June 1, 2017: Brunch baseball
Next 2017 MLB Draft Profile: RHP Griffin Canning, UCLA