Dodgers 10, Mets 6: Bellinger & the bats pick up a homer-prone Kershaw 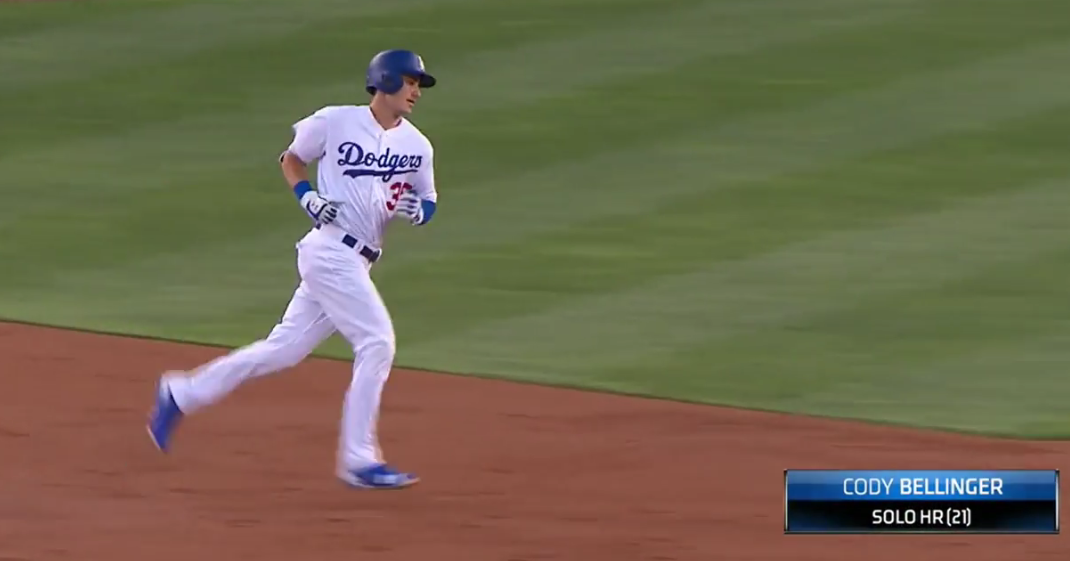 After a sweep of the Reds and a 10-6 win tonight in the series opener against the Mets, the Dodgers now have a new winning streak with four in a row. Clayton Kershaw struggled with the long ball again, but the early offensive fireworks picked him up to notch the victory.

It all starts and ends with Kershaw, but tonight was definitely not his night. It sounds like we’ve been saying that frequently this year because the bar he set is so high, but giving up four homers is quite terrible no matter who it is, and Kershaw has never done that before. Unfortunately, that’s exactly what he did today, and those homers accounted for all six runs.

It’s mid-June and he’s already set a career-high in dongs allowed. What’s the problem? To me, it primarily seems that his fastball command is all over the place, and since hitters are taught to hunt that pitch (since they’re dead if they get behind), they’re getting more prime swings when he misses middle.

Of course, two of those homers came off breaking balls, so it’s not JUST the fastball either. It’s also a general regression of command of all his pitches, which is why he’s working harder this year.

However, he still has a 2.61 ERA, struck out 10 in 6.1 innings, and only allowed six hits and a walk. So it’s not like he’s getting ripped every time out or like it’s actually time to panic, but the homer and the command issues have been things to watch for a while now and should be going forward as well.

As mentioned, however, Kershaw was bailed out by an early offensive explosion against Zack Wheeler. The Dodgers started the game with five consecutive hits, which led to four runs, the mark generally guaranteeing a win in Kershaw starts.

Chase Utley continued to troll the Mets with a double to start the game, Corey Seager followed with a single, and Justin Turner drove in a run with a single of his own.

That brought up Cody Bellinger, and of course he killed a ball for a three-run shot.

Chris Taylor followed with a single of his own to make it five, but the Dodgers didn’t get anything more. Well, they wouldn’t have to wait for long, as the second inning started with a Kershaw single and then JT homering to left on a 3-0 cookie.

Nice job by SNLA and Joe Davis to set that one up. That was promptly followed by the comical-at-this-point Bellinger who made sure it was back-to-back dingers and also took the NL lead in homers.

So yeah, things were going well. But then things went silent until the sixth, when Utley drew a one-out walk and JT eventually cashed him in with a two-out double off the track and wall in left for a single … if that makes sense.

I mean, at that point, why risk his hamstring, I guess.

[VIDEO] Visual representation of the anniversary of the Chris Taylor trade with Fernando Salas as the Mariners. https://t.co/6v5xiw0KUp

They weren’t done in the seventh, as Yasmani Grandal stroked a one-out single, Franklin Gutierrez followed with a pinch-hit two-out single, and an Utley single drove in a run. On the night, the Dodgers totaled 17 hits with five of the extra-base variety (four homers and a double), and 3 walks for 10 runs.

In relief of Kershaw, Grant Dayton allowed a walk but got two outs to escape the seventh with the lead. After the Dodgers got two insurance runs, Chris Hatcher was brought in to hold the four-run lead. Hatcher got two innings, but also allowed a single and two walks to bring the tying run to the plate in the eighth and allowed a single in the ninth.

When you bring in Chris Hatcher with a four-run lead cause you had a handshake agreement with Kenley Jansen for save totals. pic.twitter.com/g6UndUo0Oh

At least he got out of it?

I mean, it goes down as two scoreless in the scoreboard. But seriously guys, phantom DL or something.

Andre Ethier is fat and joking with Cody Bellinger about something.

"Good job, man. I'm telling you, moving the runner over doesn't get you SHIT in arbitration." pic.twitter.com/hTb2jkQYsk

26-10 at home is quite ridiculous and 45-26 overall is good for a 103-win pace. Still, the Dodgers are a half-game back of the inactive Rockies in the NL West and a half-game ahead of the Diamondbacks for second in the division. You guys, this is ridiculous.