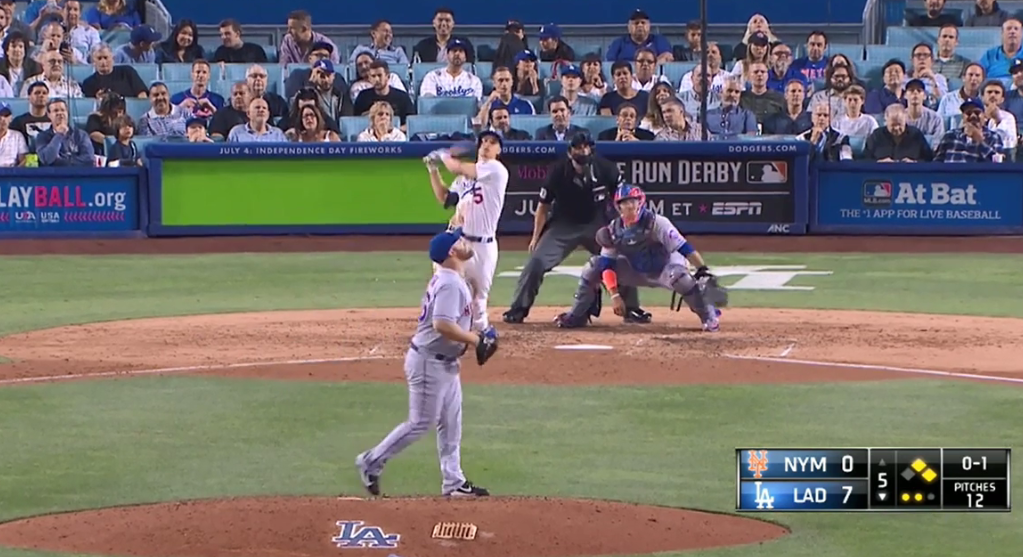 Folks, the Dodgers are a good baseball team. After today’s 12-0 blowout victory against the Mets, they’ve now won five games in a row and 11 of their last 12.

Yes, correct, Bellinger hit another one. The weird thing is that it was still Seager who stole the headlines, as he hit a solo shot in the fourth and a three-run shot in the fifth to top his day off.

Speaking of dongs, Yasmani Grandal got back on the horse with an oppo taco in the fifth.

Also in the fifth, back-to-back doubles by Yasiel Puig and Joc Pederson netted another run. Later, in the sixth, the Dodgers got more insurance behind Franklin Gutierrez drawing a bases-loaded walk and Logan Forsythe singling on the infield. Seager also came up with a chance to complete a four-homer game AND the dinger cycle, but lined out to medium-deep left.

All that fun aside, it shouldn’t completely overwhelm what was done on the mound. Brandon McCarthy continued his run of quality, giving the Dodgers six shutout innings on just four hits and a walk with four strikeouts. The performance lowers his ERA to 2.87, and his resurgence has helped key the Dodgers rotation so far this year.

That wasn’t even all the good from this game, though, as Brock Stewart threw three shutout innings, striking out four, and allowing just a walk and a hit-by-pitch in his season debut.

The Dodgers are now 46-26 on the season and 27-10 at home. Due to the Rockies beating the Diamondbacks, however, they remain in second place in the NL West, a half-game back of the lead.