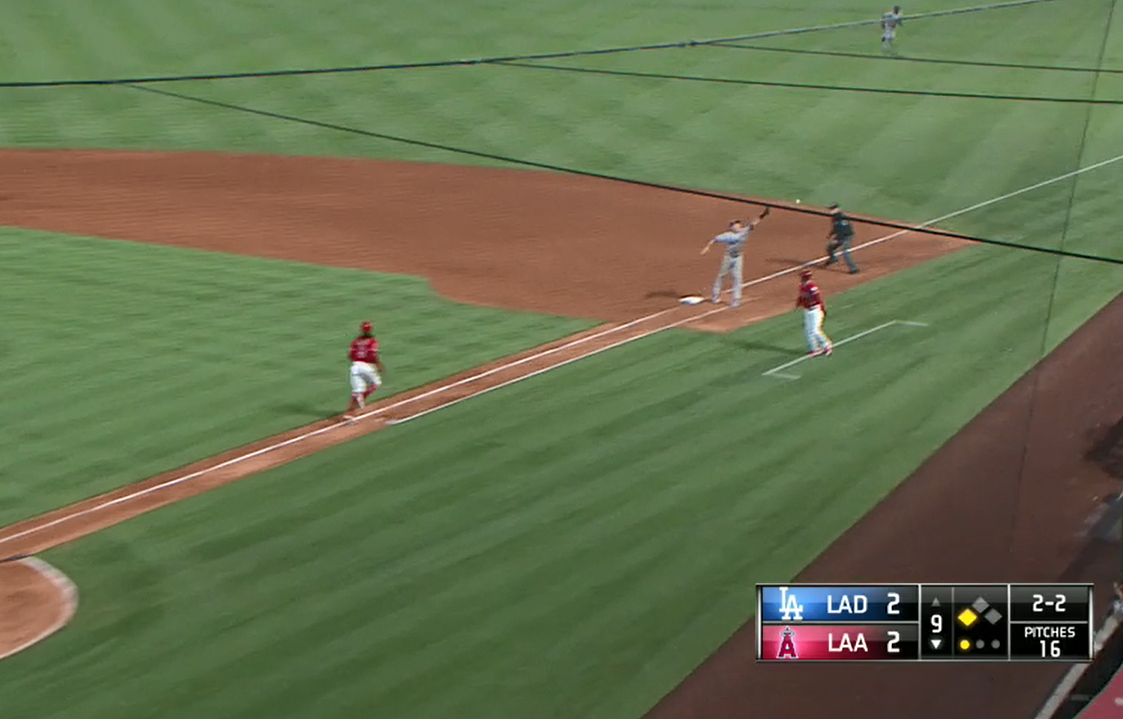 After bouncing back successfully last night, the Dodgers traveled to Anaheim to complete the Freeway Series. Unfortunately, it looks like they’ll have to bounce back again tomorrow as they dropped the game 3-2 to the Angels.

Angels starter Alex Meyer struggled with his control, walking five batters in his six innings of work, but he got out of trouble every time because the Dodgers managed just one hit against him. The Dodgers offense wasted scoring opportunities in the second and third innings, allowing Meyer to eventually settle down and go the six scoreless.

Thankfully then, Hyun-Jin Ryu kept the Dodgers in the game by having his third-consecutive start of giving up two runs or less. Ryu went 5.2 innings, but he unfortunately hung a pair of curves in his final inning of work, surrendering a double and then a homer. On the night, Ryu gave up seven hits (five singles) and a walk, striking out eight and looking great on the night until the end.

Grant Dayton came in to relieve Ryu, inheriting runners on first and second, and he promptly walked the bases loaded. He then surrendered a shot to right off the bat of Ben Revere, but luckily Yasiel Puig was back in right to make the play.

That at least kept the Dodgers in the game.

Brock Stewart, meanwhile, looked more and more like he should probably be in the rotation (or would if it were any other team). He pitched two scoreless innings, notching just one strikeout but also allowing just a hit in his time on the mound, and that came on a high-bouncing grounder.

Oh yeah, the offense, well it took until the eighth inning for it to finally get something going. In the most unlikely of outcomes, it was Trayce Thompson that broke the shutout.

Amazingly, I somehow managed to reverse curse the Dodgers yet again…

The moment I started writing the recap as final that happened. You're welcome.

…because in the ninth, with two outs and a 3-2 count, Yasmani Grandal went yard to tie the game.

Unfortunately, the bottom of the inning happened, and it wasn’t Pedro Baez‘s fault. With one out, Chris Taylor made an error at short, and after a wild pitch, Baez struck out Cameron Maybin. However, the ball got through Grandal, who still had a ton of time, and he sailed it into right field.

But also, Chase Utley couldn’t come off the bag and go back to step on it? Had all day.

I don’t even know. 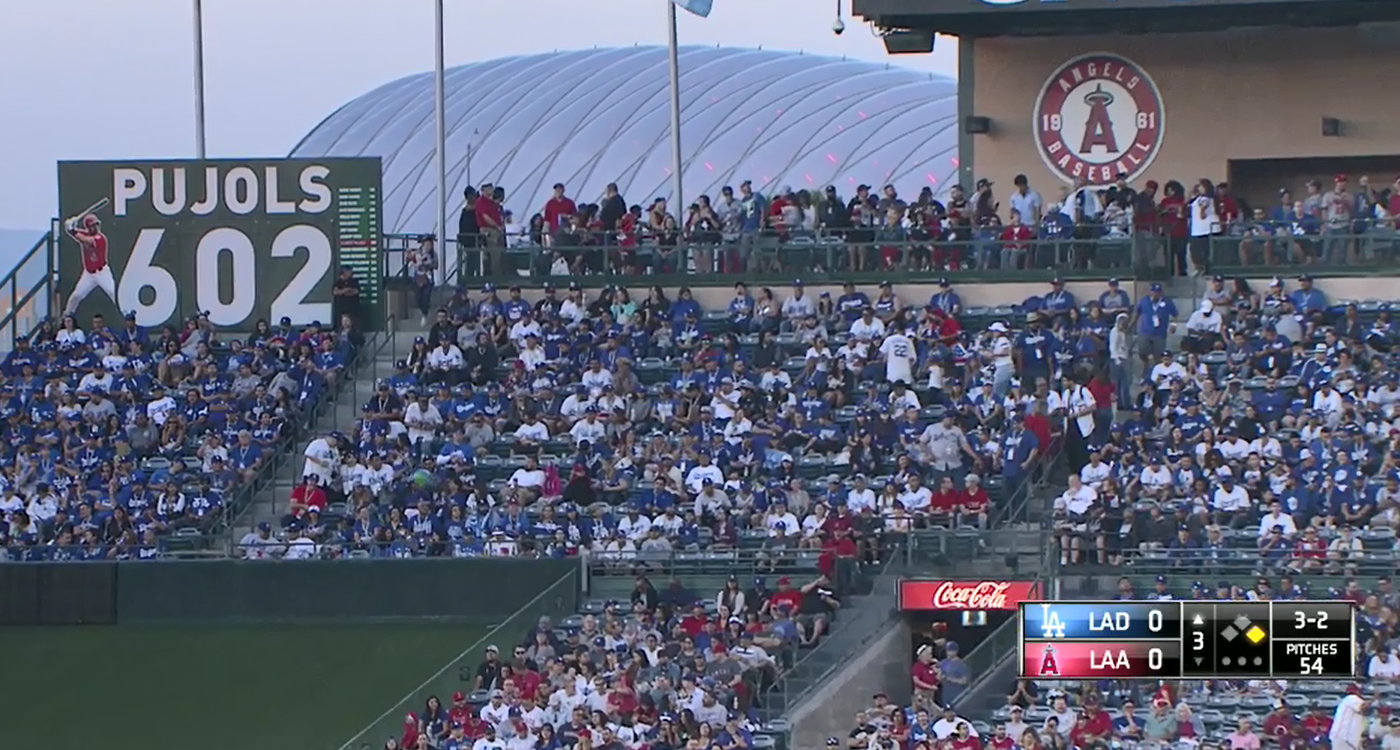 Yet another loss (!!!) drops the Dodgers to 52-28 overall and 19-17 away from Chavez Ravine. Fortunately, the Cardinals bullpen didn’t blow it to the Diamondbacks this time, so the Dodgers lead in the NL West is still 1.5 games.