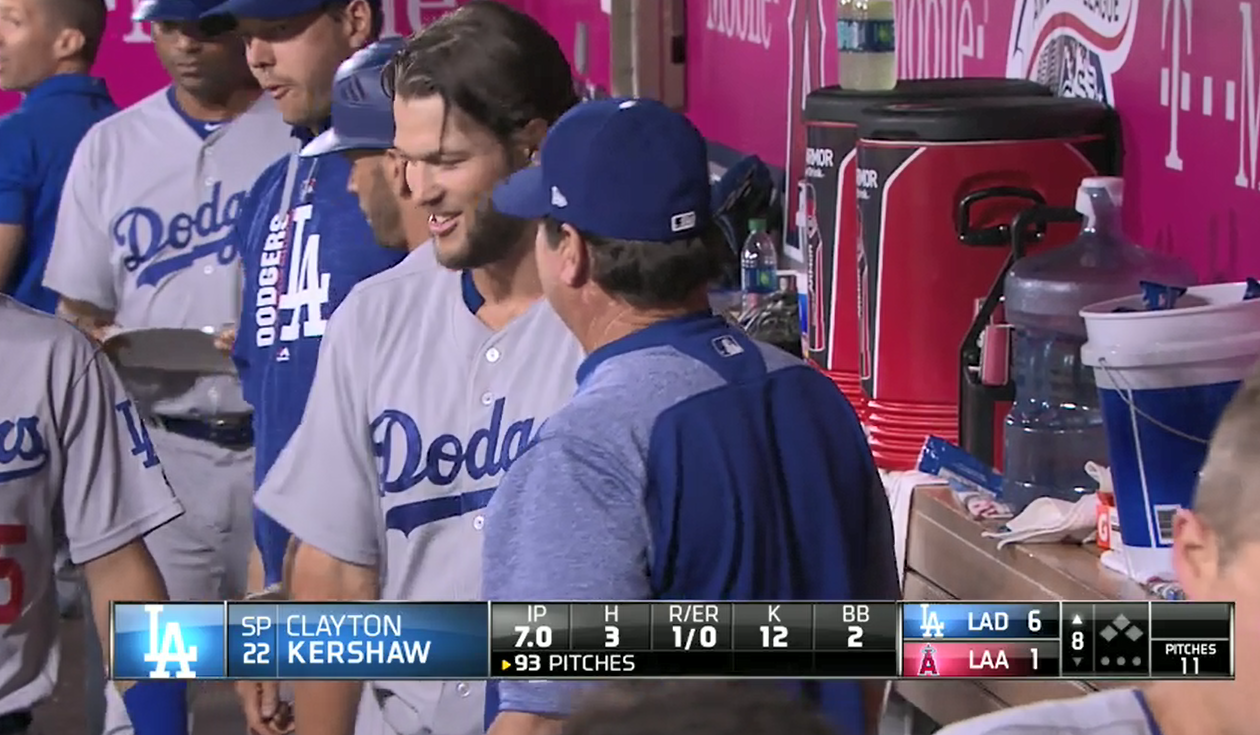 The Angels took two of the first three from the Dodgers in the Freeway Series, but the Dodgers were able to salvage a split behind Clayton Kershaw and a bunch of dingers in a 6-2 victory.

Kershaw apparently decided he had enough of everybody talking about his downfall. He had basically everything working today, going seven innings on 93 pitches. Kershaw allowed just two walks and three hits on the night, striking out a whopping 12 batters.

Even that’s misleading, however, as he probably could’ve gone for a shutout had the defense not made misplay after misplay behind him. All those things not only drove up his pitch count but also resulted in an unearned run scoring off him.

Luckily, Kershaw generally employed the strategy of not even letting them put the ball in play.

The bats limped into today and didn’t exactly inspire confidence in their first chance of the game in the third. After Logan Forsythe started things with a single, Yasiel Puig seemed to ground into a double play, but the throw to second was terrible and that put runners on second and third. Trayce Thompson then walked to load the bases, and a run was scored on a Chase Utley sacrifice fly to deep center that advanced all the runners. The Dodgers failed to take advantage of the golden opportunity and got only the single run out of it.

For a while it looked like it was going to be one of those missed chances that was going to cost them dearly, but in the fifth inning, Puig and Utley both came up with solo shots.

The offense came right back in the sixth as well, starting things with a Justin Turner single and Cody Bellinger double, then with one out, Joc Pederson drilled a homer to right for all the insurance they needed.

That homer made it 50 for the month, which is a franchise record. 134 years, folks. 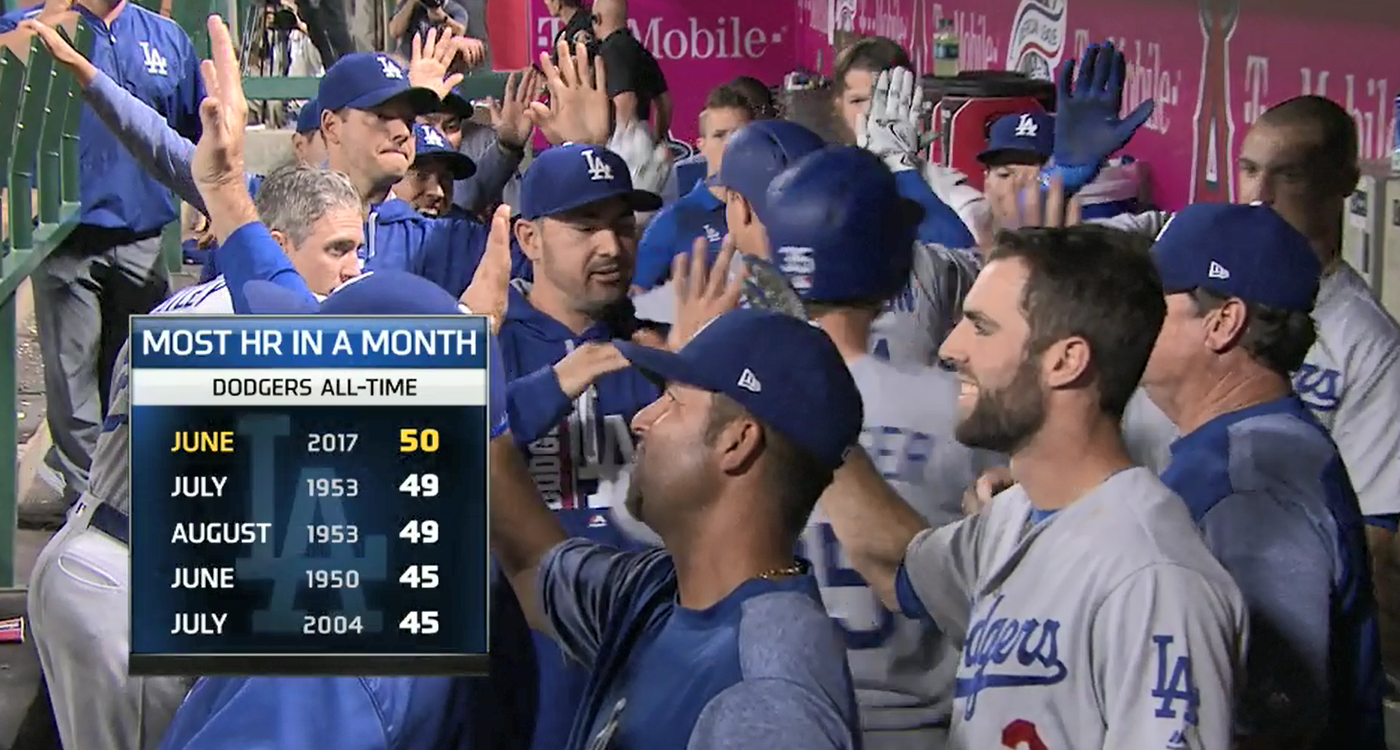 That’s not to say things didn’t get exciting, as Luis Avilan relieved Kershaw and promptly gave up three straight singles to net a run for the Angels and he was removed for Brandon Morrow.

Morrow had an eventful outing, as he entered and immediately got a strikeout, but then hit Yunel Escobar on the first pitch to load the bases. Escobar, for some bizarre-ass reason, thought it was on purpose.

It was all quite silly.

Yunel Escobar thinks Brandon Morrow hit him on purpose to load the bases and bring the tying run to the plate.

Anyway, Morrow rebounded to strike out the next batter, which allowed Kenley Jansen to enter from the pen. Jansen got out of the bases-loaded jam without damage, and then locked down the ninth and the game with a 1-2-3 inning.

Only one strikeout, however, which means something is horribly wrong.

About the Morrow/Escobar incident, players were generally confused.

Brandon Morrow discussed the hit by pitch heard 'round the world. pic.twitter.com/cug9YQ0It3

Kenley is the best.

The disdain in Kenley Jansen's voice as he talks about having to run in from the bullpen for these things is incredible. ?

"For what? A couple cheap shots, maybe? It's so stupid. Waste of time." Paraphrased.

His interview was great. "If you want to go one-on-one, just go one-on-one. You can meet somewhere else." https://t.co/bBemdkvIQQ

The win gets the Dodgers to 53-28 on the season and 20-17 in places that aren’t Dodger Stadium. The Diamondbacks already lost earlier today, which means the Dodgers are now 2.5 games up in the NL West.