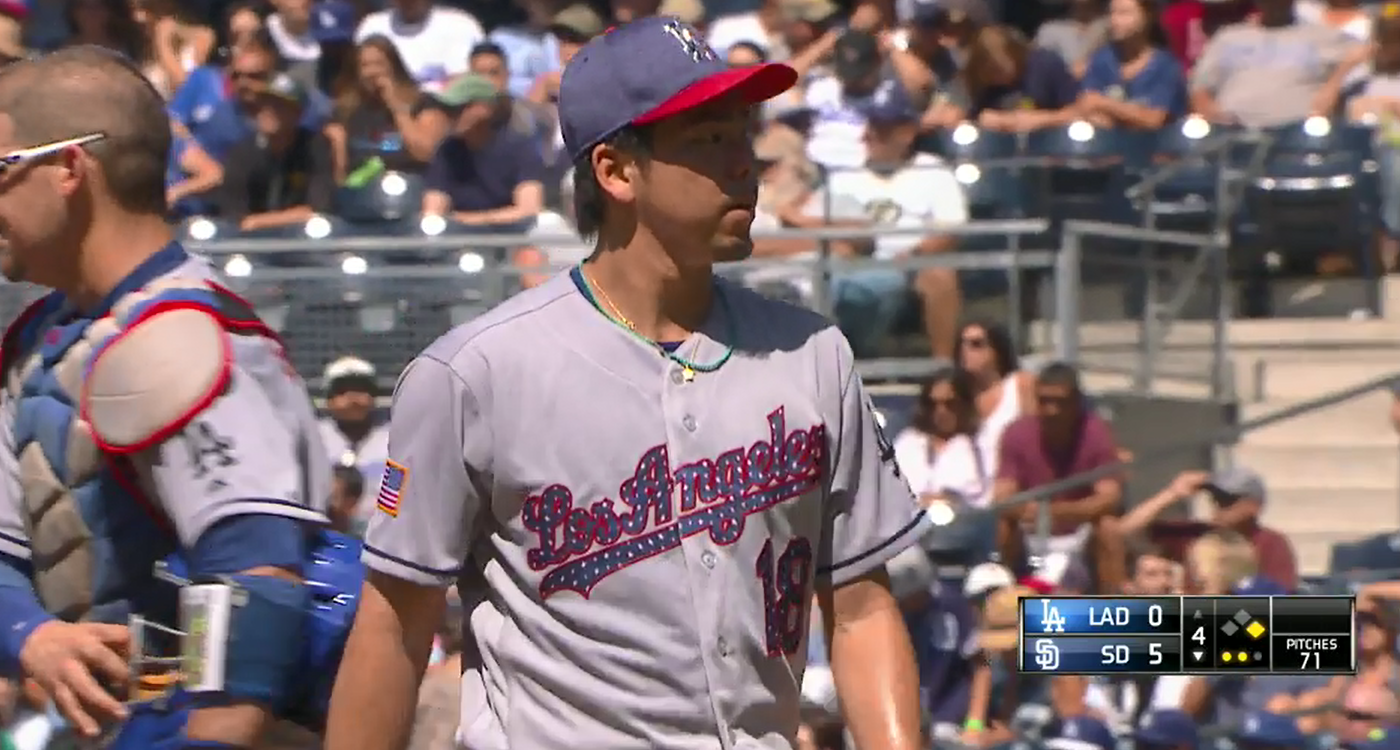 Well, so much for that three-game winning streak and a happy drive back to Los Angeles as the Dodgers flopped in the road finale against the lowly Padres by a score of 5-3.

Against a lineup that was shitty even by Padres standards, Kenta Maeda basically shit the bed, having no idea where any of his pitches were going. Not only did he constantly get behind hitters, but he tended to miss middle-middle when he did throw strikes.

Maeda lasted just 3.2 innings, giving up five runs on eight hits, a walk, and a hit batter. Only one of the hits was a long ball, but he was hit hard all day, and the one strikeout accurately reflects the lack of dominance today. The best thing to come out of the start was that he proved even bad MLB lineups can hit when everything is down the middle of the zone.

At least the bullpen corps of Pedro Baez, Josh Fields, Luis Avilan, and Brandon Morrow showed more what it was supposed to be like with 4.1 scoreless innings, allowing just three hits and a walk while striking out six.

Finally, in the sixth they rallied after getting more runners on base. A Yasiel Puig one-out single and Logan Forsythe walk set the table, and with two down Corey Seager ripped a double into right to score two and get the Dodgers on the board.

The Dodgers cut into the lead more in the seventh behind a Yasmani Grandal solo shot.

Still, it was too little too late for an offense that had ample chances early that it failed to take advantage of, and that definitely came back to haunt them in the end.

Losing drops the Dodgers to 55-29 overall and 22-18 on the road. However, it’s more hurtful because the Diamondbacks beat the Rockies today, so they’re now just 2.5 back in the NL West and within striking distance of first with the upcoming series.