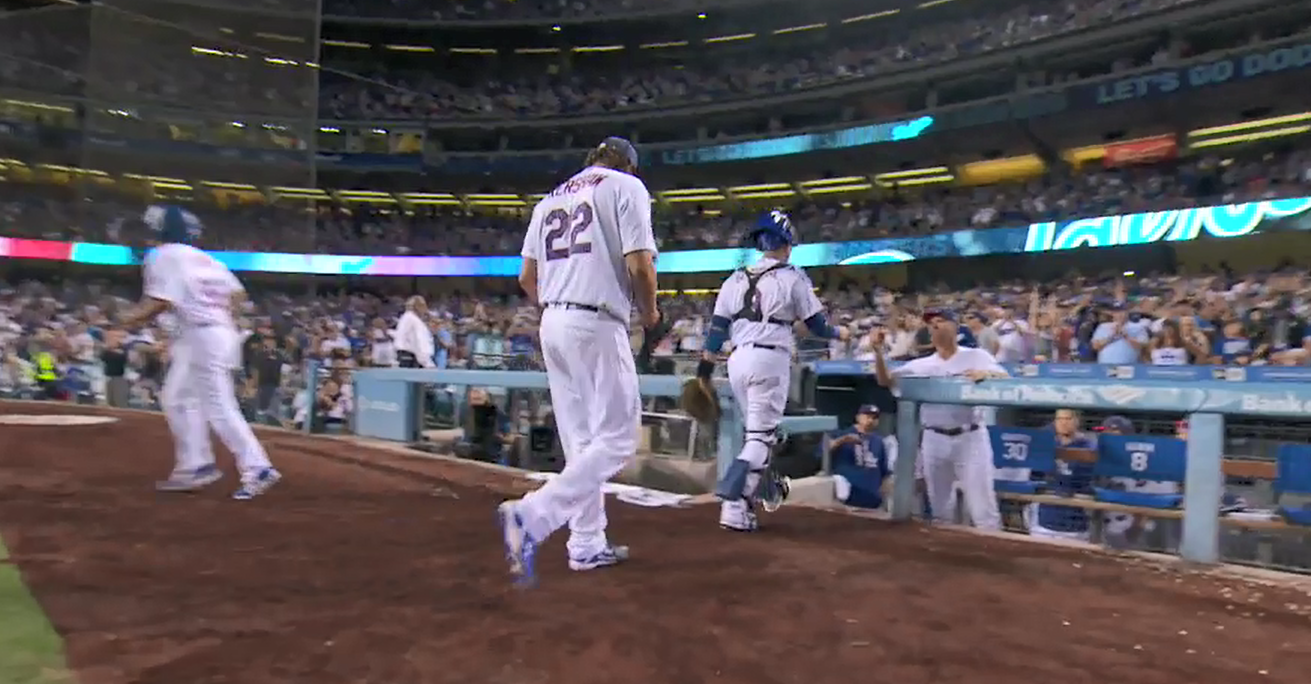 Dodgers fans are so spoiled at this point that not completing a sweep feels like a gigantic failure, and after a day off to recover from that blow, the Dodgers looked to rebound against the rival Diamondbacks. In the most lopsided pitching matchup of the series, with Clayton Kershaw and Patrick Corbin on the bump, the Dodgers had to get this one to start the series and they did exactly that in a 4-3 victory.

Kershaw was dominant again for the third-straight start, taking a no-hitter into the seventh before having it come to an end on an infield single to second that Cody Bellinger went after for some weird reason.

Honestly, it didn’t matter all that much as he was going to be removed for pitch count reasons regardless. More importantly, he threw seven shutout innings in probably the biggest game of the season to this point, surrendering just two hits and two walks while striking out 11 batters.

Probably most important factor is the lack of dingers.

Anyway, while the bats didn’t always cash in their chances, they what they needed to do, and they got it done early to give Kershaw breathing room.

Logan Forsythe led-off in the first with a double, and then Justin Turner drove him in with a one-out single off the very tip-top of the wall.

I have no idea how that didn’t go out for a homer.

In the third the offense tacked on a pair of runs, with JT making sure he got one to lead-off the inning.

Then after a Chris Taylor one-out double set the table, Yasmani Grandal came through with a two-out single to right to drive in another.

The Dodgers then got insurance in the eighth, with Taylor starting things with a single, advancing on a ground out, stealing third, and then coming home on a Grandal single.

It’s a good trend to ruin things for Kenley Jansen (or try at least).

Still, despite driving Corbin from the game before five, they didn’t take full advantage as they stranded runners in scoring position in the first, second, fifth, and eighth innings.

But it was enough, as the bullpen of Luis Avilan and Pedro Baez combined on a scoreless eighth. Brandon Morrow then got one out in the ninth, but surrendered two hits to setup a save situation, and the Dodgers ended up having to call on Kenley anyway.

Jansen got one out on an infield pop-up, but then surrendered a three-run homer to Daniel Descalso, the first run he has given up since May 21. Kenley then surprised again by walking a batter to put the tying run on base, but thankfully he managed to end the game with a strikeout in order to secure an important win.