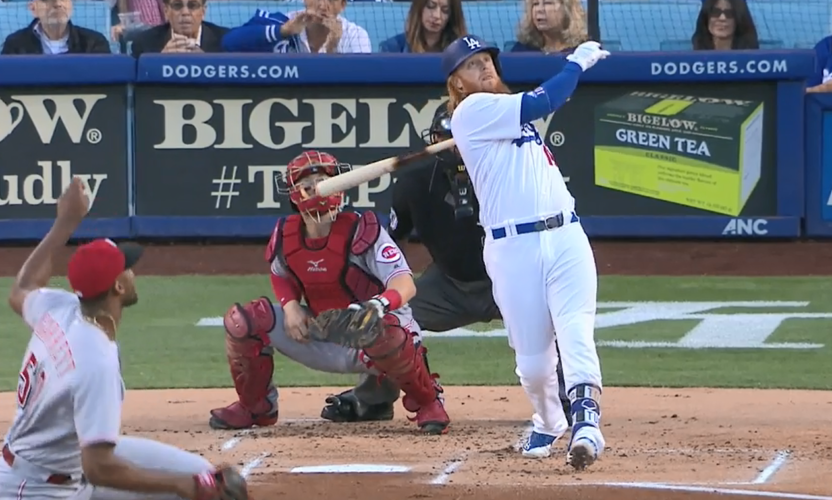 Last year, we wrote a lot about the Dodgers’ historic struggles against left-handed pitching. This year, we’ve yet to touch on the subject.

They’re good against lefties again, folks. One-year platoon splits aren’t the most reliable measuring stick when it comes to production, and it looks like the 2013-15 and 2017 Dodgers are proving that theory correct.

Even though they were basically average against lefties in 2013, that would be played a lot better than being one of the worst teams ever against them in 2016. Teams were setting up their rotation specifically because the Dodgers couldn’t hit them last season. That was magnified in the postseason, when they lost all three games started by lefties.

Dodgers have now won 7 straight and 14 of last 16 games facing opposing LHP starters. At 17-9 on the season, they have best MLB record v LHP

The Dodgers are set to face two more left-handed starters before the All-Star break in the form of Robbie Ray and Danny Duffy. They’re both really good, but these aren’t your 2016 Dodgers.

Justin Turner struggled mightily against lefties last season, for whatever reason. This season, he’s third in baseball in wRC+ (226, minimum 20 plate appearances) against them. Here’s how the rest of the team breaks down in wRC+:

Dustin Nosler began writing about the Dodgers in July 2009 at his blog, Feelin' Kinda Blue. He co-hosted a weekly podcast with Jared Massey called Dugout Blues. He was a contributor/editor at The Hardball Times and True Blue LA. He graduated from California State University, Sacramento, with his bachelor’s degree in journalism and a minor in digital media. While at CSUS, he worked for the student-run newspaper The State Hornet for three years, culminating with a 1-year term as editor-in-chief. He resides in Stockton, Calif.
@DustinNosler
Previous Dodgers’ Top 3 MLB Draft picks have yet to sign as deadline approaches
Next D-backs @ Dodgers July 5, 2017: Alex Wood looks to go 10-0