The Dodgers go for their 57th win of the season with No. 57 on the mound Wednesday night at Dodger Stadium. The Boys in Blue will also go for their 35th victory at home and the series win against the division rival Diamondbacks. The Snakes find themselves 3 1/2 games back of the Dodgers after a 4-3 loss to Clayton Kershaw in the series opener.

The D-backs made it close in the Independence Day battle on Tuesday, but the Dodgers sent in the heavy artillery to edge them out. Kershaw and Justin Turner showed off their All-Star worthy talent, teammates who have led this first-place Dodger team over the first half of the season.

Alex Wood (9-0, 1.83 ERA, 2.12 FIP) may have got snubbed in the All-Star selection process, but anyone who has been around this season knows that he has been one of the most effective pitchers in all of baseball. The herky-jerky left-hander, acquired by the Dodgers in a lopsided trade with the Atlanta Braves at the deadline two years ago, has really thrived in L.A. Wood goes for his 10th straight win, without a notch in the loss column, when he heads to the mound on Wednesday.

It hasn’t been done in awhile.

For all you seers into the future, Alex Wood tonight will try to be first Dodgers pitcher to start a season 10-0 since Ed Roebuck in 1962

Last time out against the Padres, Wood allowed one run on two hits with eight strikeouts and three walks in six innings. He’s only allowed two home runs all year in 73 2/3 innings. Woody’s as dominant as he has ever been in his career, striking out 30.2% of batters (10.63 K/9) in 2017. Overall, in his career against Arizona, Wood is 3-3 with a 3.60 ERA in 10 games (6 starts). The usual culprit, Paul Goldschmidt, has hit two home runs against Wood in the past.

Zack Godley (3-2, 2.67 ERA, 3.20 FIP) has pitched admirably for the D-backs when they needed him to step in for Shelby Miller. Miller is out for the season after having Tommy John surgery. Godley has held opponents to a .191 batting average in 64 innings, the lowest of any Arizona pitcher this year. Opponents are hitting .178 against Wood, just to point out his dominance again. The Dodgers haven’t faced Godley this year, but in five career games (one start) against L.A., the right-hander has a 2.45 ERA.

In All-Star news, Wood may end up in Miami after all.

Roberts didn’t argue with the possibility Wood replaces Kershaw in the All-Star Game. Kershaw starts for the Dodgers on Sunday.

Also, Cody Bellinger will face Charlie Blackmon in the first round of the Home Run Derby. 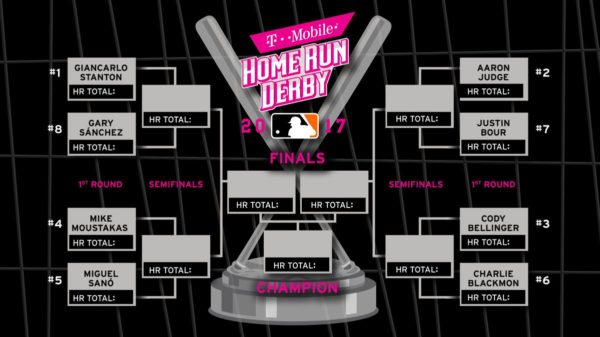 The Dodgers are nearly unbeatable at home. Their 34 wins at Chavez Ravine are the most in baseball, and they’re on a historic pace not seen since the Brooklyn days. Let’s enjoy another night at the Magic Castle.

Stacie Wheeler, born and raised in So Cal, has been writing about the Dodgers since 2010. She wrote daily as the co-editor of Lasorda's Lair for five long years, and she has also written for Dodgers Nation, Dodger Blue 1958 and The Hardball Times. She currently contributes to True Blue LA. Stacie graduated from the University Of Southern California with a bachelor's degree in Cinema-Television. You can also watch her videos on her YouTube channel, DishingUpTheDodgers.
@StacieMWheeler
Previous Dodgers among baseball’s best against left-handed pitching after disastrous 2016
Next Dodgers 1, D-backs 0: Alex Wood looked like an All-Star in his 7 stellar innings