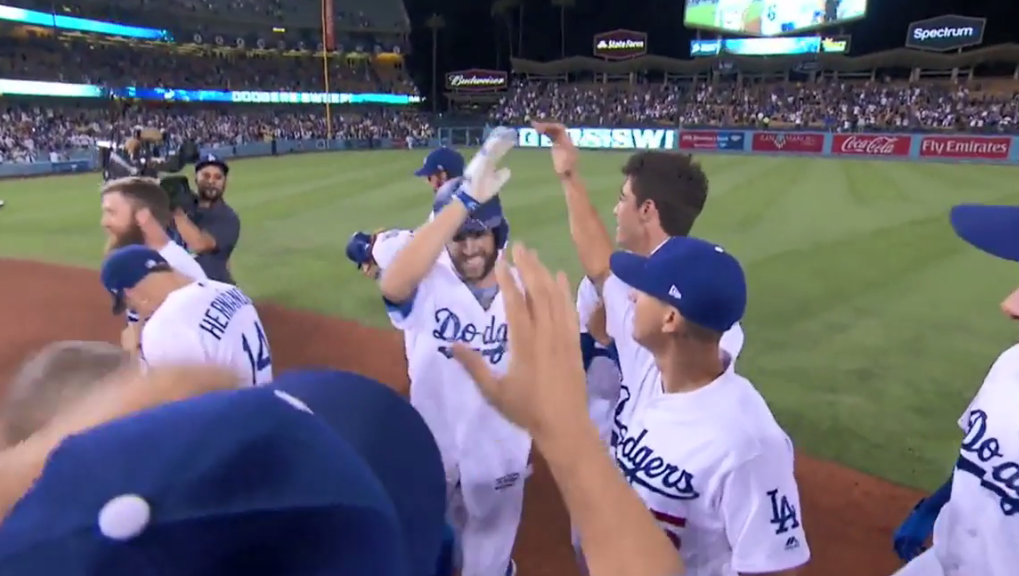 The quest for a sweep by the Dodgers against the Diamondbacks was realized in dramatic fashion thanks to a ridiculous ninth-inning rally to prevail 5-4.

Rich Hill had it working again tonight for the fourth-straight start, going seven quality innings and allowing just two hits. He did allow one run because of a solo homer, but he walked none (though he hit a batter) and struck out nine on 95 pitches.

Granted, there was a decent amount of luck involved as hard contact that did happen against him found gloves, but he still definitely continued to look like he did in 2016. In his past 26 innings, Hill has allowed just five runs on 14 hits and six walks while striking out 35.

The Dodgers offense today was at times quite embarrassing. They got six hits and six walks through eight innings but the story was their inability to capitalize on all of it.

They did get a run in the fifth inning, but of course that was on a solo shot by Logan Forsythe and not anything that required situational hitting.

Even with their failures, it was still tied going into the eighth. Unfortunately, the bullpen quickly untied it, as they failed to do their jobs for once. Luis Avilan didn’t make it out of the eighth after surrendering two solo homers and getting just one out, and Brandon Morrow gave up two hits in relief of him, but at least he got out of the inning unscathed. 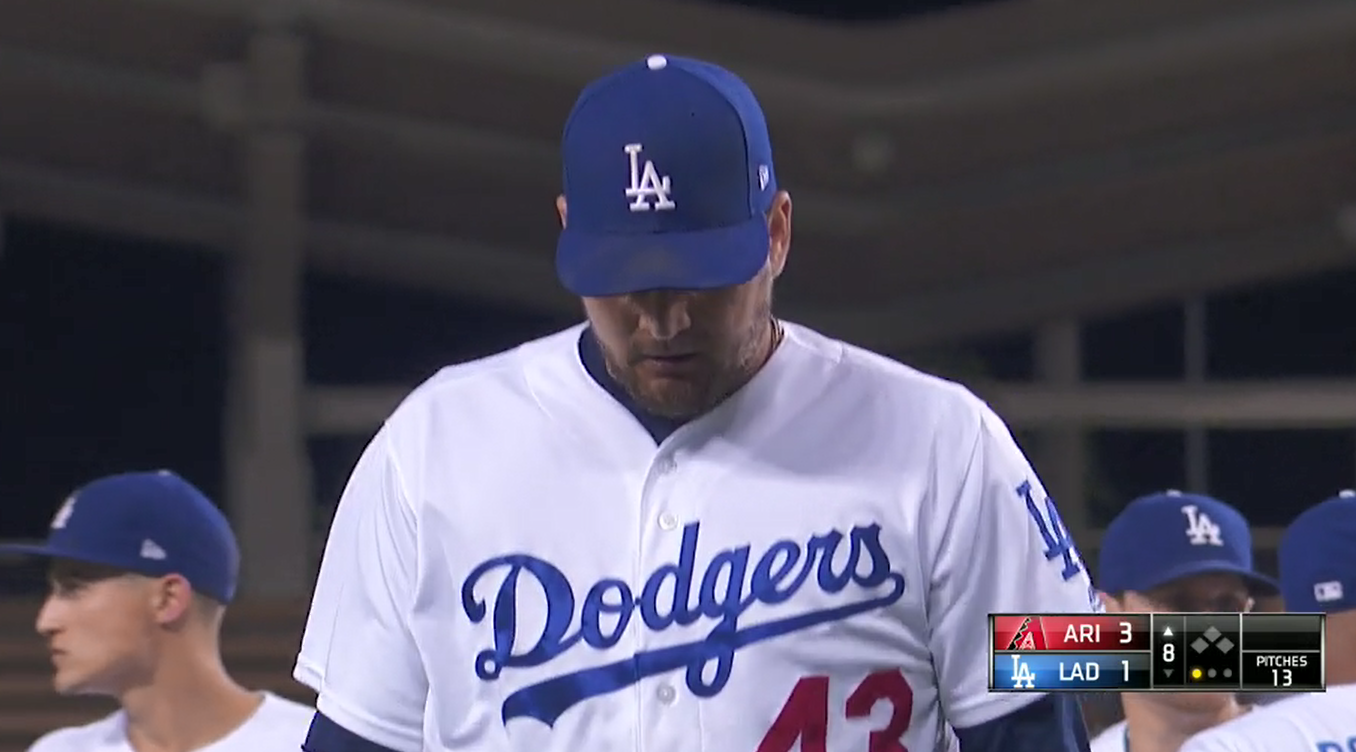 The same escape couldn’t be done by Josh Fields in the ninth, as he got into trouble after allowing a double (and an intentional walk) but seemed to be on his way to getting out of it … at least before he balked a run in prior to getting the final out of the frame.

So obviously down by three runs going into their final three outs, things seemed rather doomed, but the Dodgers had one final shot at things and they took advantage. Things started with a Yasiel Puig single, and Joc Pederson and Cody Bellinger walks to load the bases with nobody out. Forsythe then followed with a walk on four pitches to score a run and cut the lead to 4-2. Corey Seager then followed through with a gigantic hit in a single up the middle to drive in two and tie the game.

After an intentional walk to Justin Turner, that was the merciful end of things for Fernando Rodney, but Chris Taylor didn’t waste any time on ending it against the new pitcher, driving the first pitch he saw to left for a “single” to win it.

They really do just keep on coming.

Oh yeah, let’s check in on the D-backs broadcasters before…

The Dodgers win over the Diamondbacks is even better with the Titanic music: pic.twitter.com/ZOykQao9wO

ARE YOU KIDDING ME RIGHT NOW???

Amazingly enough, the best thing to come out of all of this might be Joc Pederson scaring the shit out of Brandon McCarthy.

The Dodgers have now won twice as many games as they’ve lost on the year at 58-29 and a comical 37-11 at home. The sweep means the gap in the NL West is now a comfortable 5.5 games.