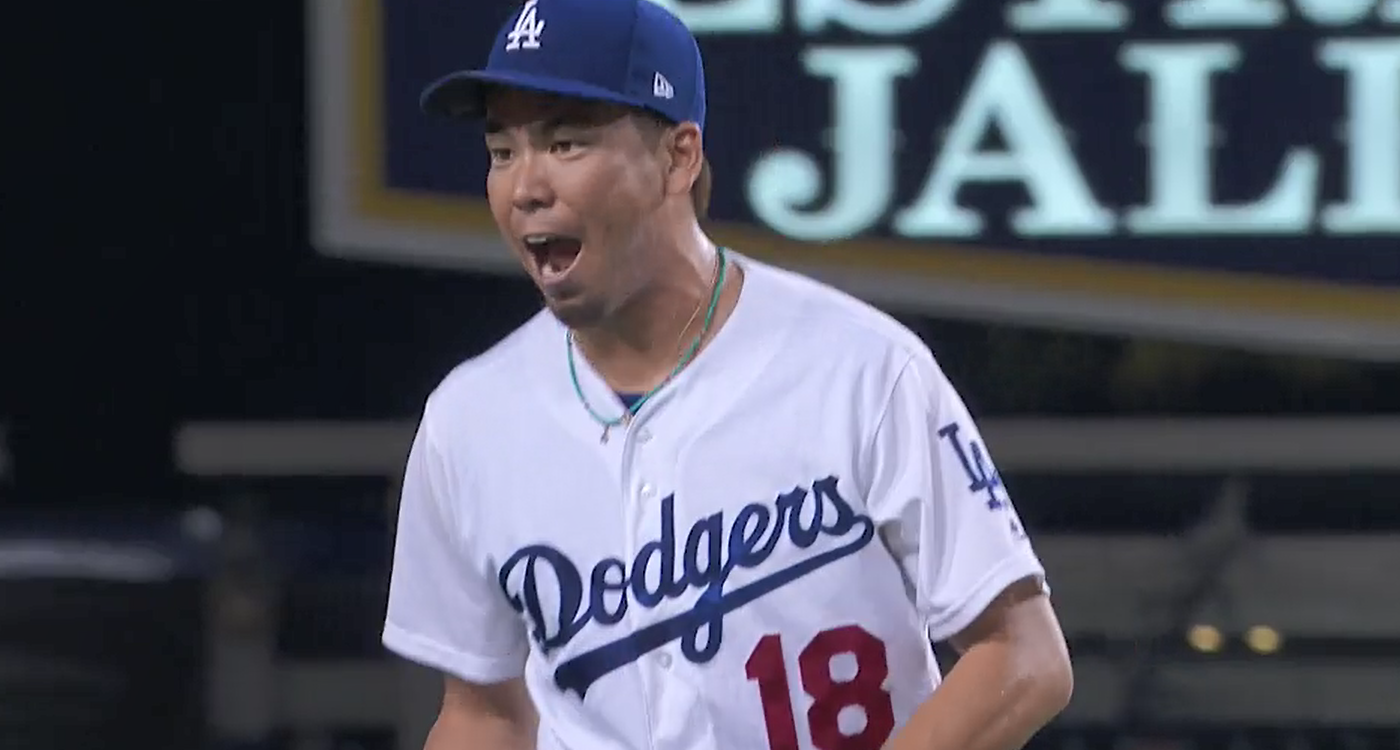 Coming off a sweep of the division rival Diamondbacks, the Dodgers welcomed the almost equally hot Royals to Dodger Stadium. One team had to give, and thankfully it was the Royals in a tight 4-1 win that extended the Dodgers’ streak to four games. With the win, they’ve now gone 24-4 over their last 28 games, which is cartoonish.

After bizarrely getting shelled by the Padres reserves lineup last time out, Kenta Maeda bounced back against a red-hot Royals squad. He went five innings on 86 pitches, allowing just one run on four hits and two walks while striking out five.

Maeda worked out of trouble in the third, gave up his lone run in the fourth, and pitched around a lead-off double in the fifth, which enabled him to leave the game with the lead. Needless to say, he was pumped.

Maeda left with the lead partially thanks to his pitching but also partially thanks to his hitting. While the bats wasted chances in the first and third, they took the lead in the fourth. Chase Utley got things going with a one-out single, and then Maeda himself kept things going with a two-out single. That allowed the suddenly hot Logan Forsythe to get to the plate, and he promptly banged a single down the right-field line to tie it.

Corey Seager immediately followed with a single of his own to right to give the Dodgers the lead seemingly out of nothing.

Later, in the sixth, Yasiel Puig added to the lead, finally getting a slider in the strike zone and hammering it into the left-field pavilion.

Finally, for some insurance, two doubles in the eighth by Joc Pederson and Chase Utley gave the Dodgers another run.

Though it was a lot more important than that. 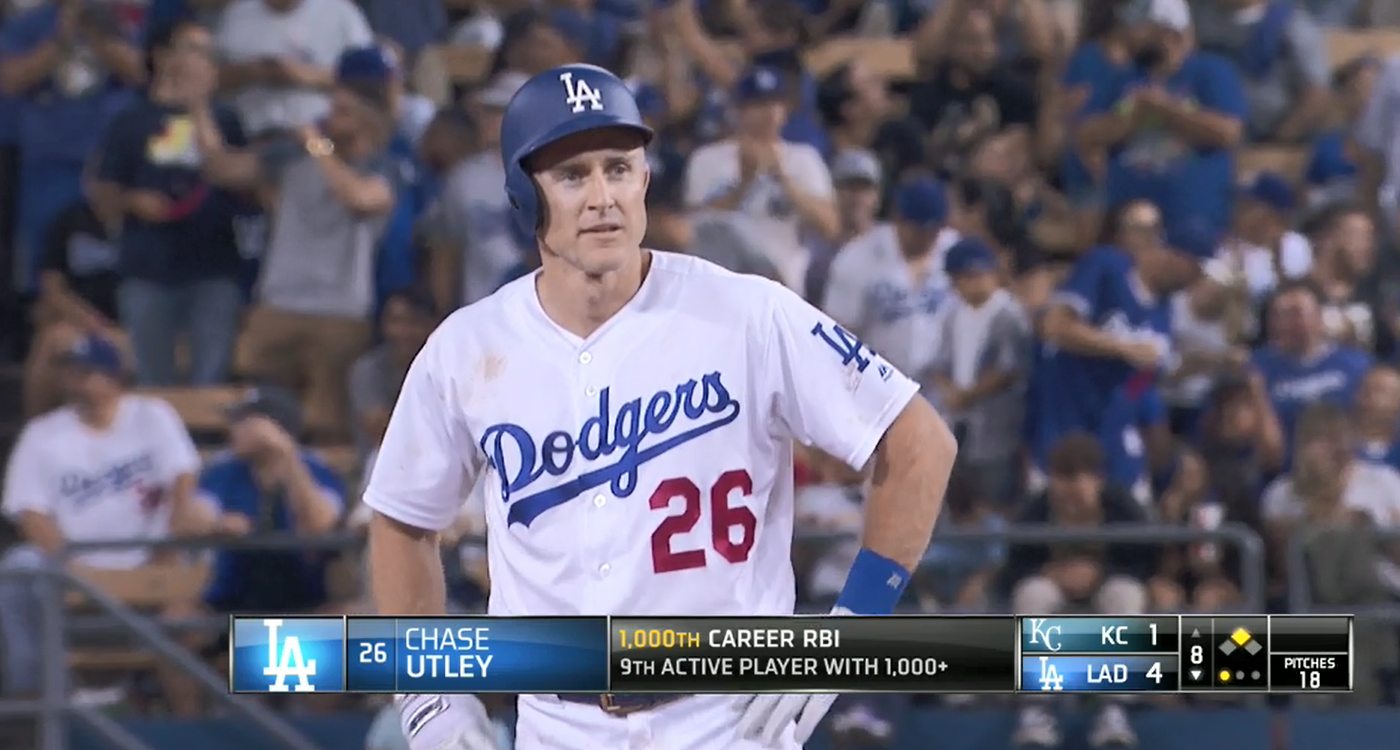 It was more than enough.

Coming off yesterday’s messy performance, the bullpen was back to normal today. Josh Fields relieved Maeda in the sixth and got a scoreless frame. Then Brock Stewart entered and got two 1-2-3 innings in the seventh and eighth to hold the lead without much concern.

Finally, Kenley Jansen entered in the ninth with a three-run lead. Jansen proceeded to get a 1-2-3 inning to seal the win for the Dodgers.

Baseball is fun (for now).

Clayton Kershaw trying to dance will haunt your dreams, friends.