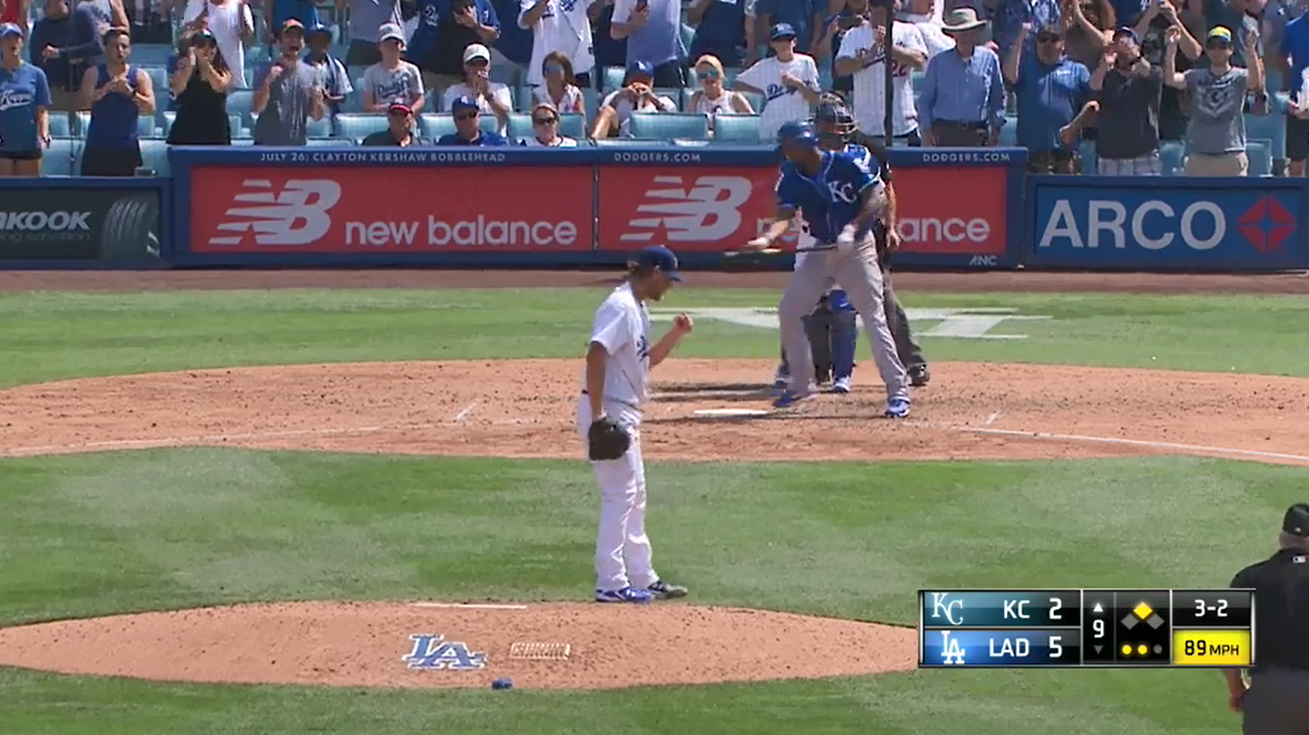 The All-Star break seemingly comes at an inopportune time for the Dodgers, as they head into it with a six-game winning streak and as winners of 26 of their last 30 after they completed the sweep of the formerly red-hot Royals 5-2 this afternoon.

Before we get to Clayton Kershaw, let’s talk about the offense that gave him five runs and basically made today an automatic win.

Justin Turner got the scoring started early with a solo shot in the first inning.

In the third, Trayce Thompson led-off with a triple, and Logan Forsythe cashed him in with a one-out single to center.

The rally didn’t die even with two outs, as JT stepped up to the plate and hammered another one for his second homer of the game.

Later, in the sixth, Austin Barnes added insurance with a solo shot of his own.

Barnes is a Dodgers backup catcher and he now has a .935 OPS.

But whatever, none of that is important compared to Kershaw’s domination. Kershaw completed the game on just 99 pitches, striking out a whopping 13 batters while allowing just six hits and walking none.

He did allow two runs in the fourth on two consecutive hits, a single and then a homer, but nobody else had much of a chance the rest of the day. The fastball, curve, and slider were all working, but what was most impressive today was the command, especially on the slider which generated swing and miss after swing and miss.

Clayton Kershaw is the first pitcher in MLB history to strike out at least 13 in a complete game with fewer than 100 pitches.

Umpire Kerwin Danley had to exit the game after taking a foul ball to the facemask.

The Diamondbacks are still playing the Reds, so the NL West lead is 7 for now, but the D-backs are losing late, so hopefully they go into the break up 7.5.