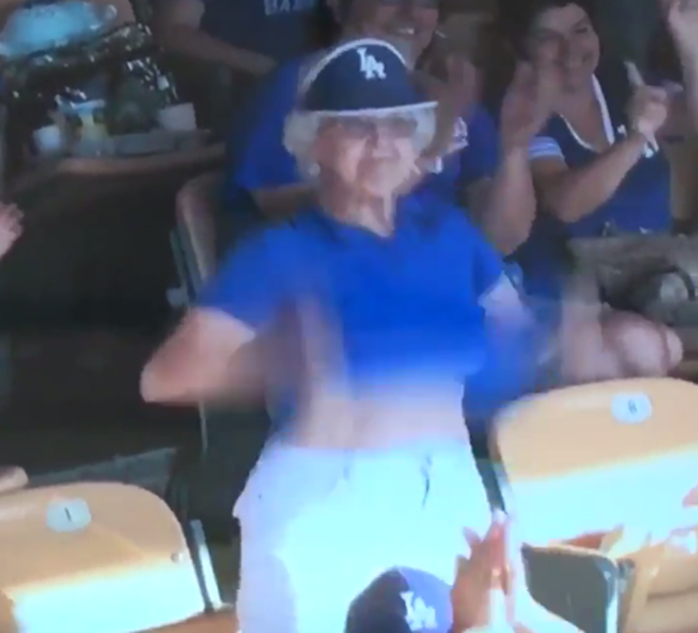 The Dodgers have won 25 of their last 29, and their performance clearly has fans excited. How excited? Excited enough that at yesterday’s game against the Royals, a grandma flashed the stadium on the videoboard.

THIS GRANDMOTHER AT THIS DODGERS GAME HAS ME ON THE FLOOR (watch till end) pic.twitter.com/nBOEBulie8

Understandably, said grandma was then congratulated by other fans for being awesome, basically.

The Dodgers used the power of seeing a grandma flash them to mount a late comeback and get another win in extras.