Dodgers 6, Marlins 4: Down to last strike, Dodgers rally for 3 in 9th behind Puig’s dong 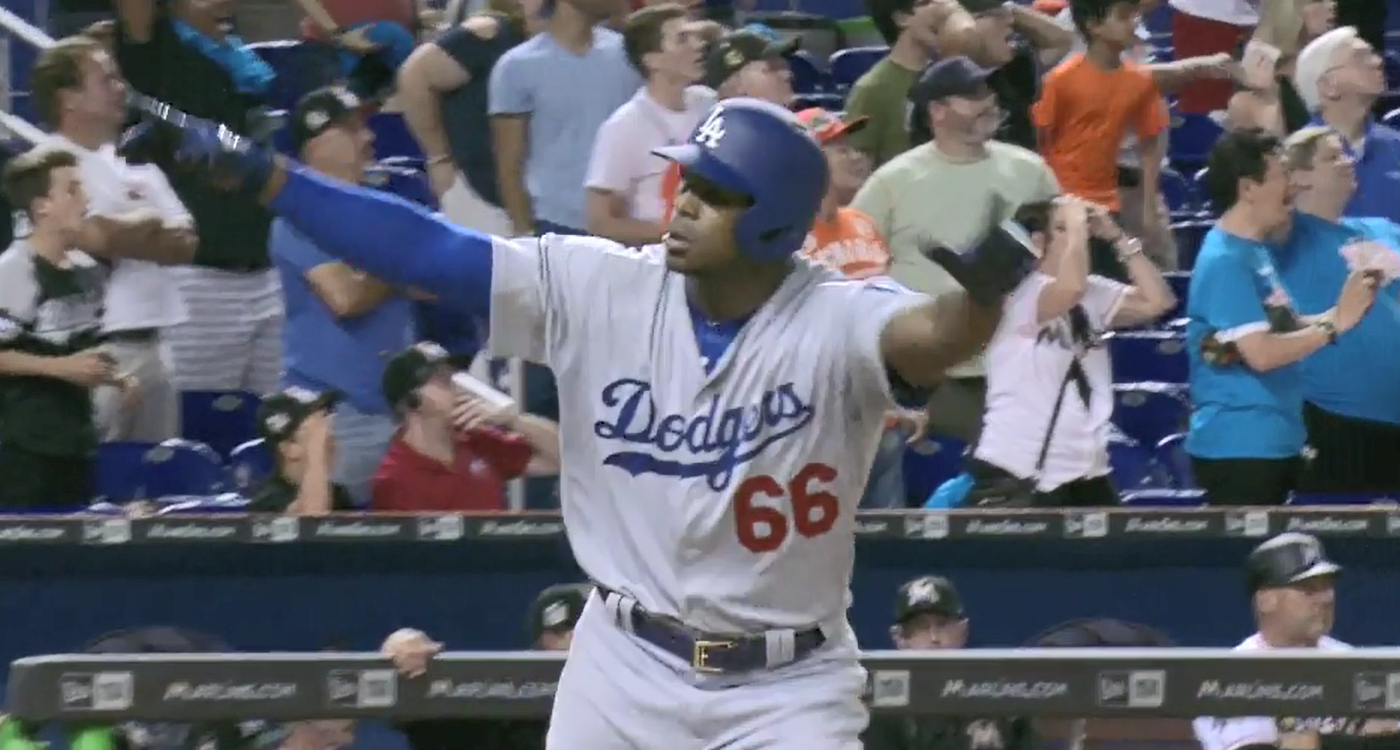 The Dodgers were red-hot going into the All-Star break and they tried to keep things going facing the Marlins, and they did so by miraculously coming back after being down to their last damn strike in the ninth three different times to get their winning streak to seven games in a row in a 6-4 win.

I’m convinced the Dodgers are doing this just cause they hate me.

I hate this damn team in the best way. pic.twitter.com/nRlAqIXDlW

The bats got an early lead in the second thanks to an oddly-executed double steal (kinda). With two outs and Joc Pederson (double) on third and Yasmani Grandal (single) on first, Grandal took off with the pitch and stopped midway, the throw went through to second but Dee Gordon dropped the ball, so Joc ended up scoring (barely).

In the fifth, Yasiel Puig and Corey Seager both busted out dongs. Good dongs.

Unfortunately, that was it for the runs … at least until the ninth.

Brandon McCarthy‘s yips looked like they were behind him in today’s start, but that didn’t mean he was sharp. Though he allowed just one run through his first four innings, he also allowed a ton of hard contact due to his inability to hit the glove and leaving a lot of pitches over the middle of the plate.

It seemed rather inevitable then that innings like the fifth would happen eventually, in which he gave up two doubles, a walk, and hit a batter to surrender a three spot, the lead, and get knocked out of the game. On the night, McCarthy lasted 4.2 innings on 81 pitches, giving up four runs on seven hits and two walks while striking out three. 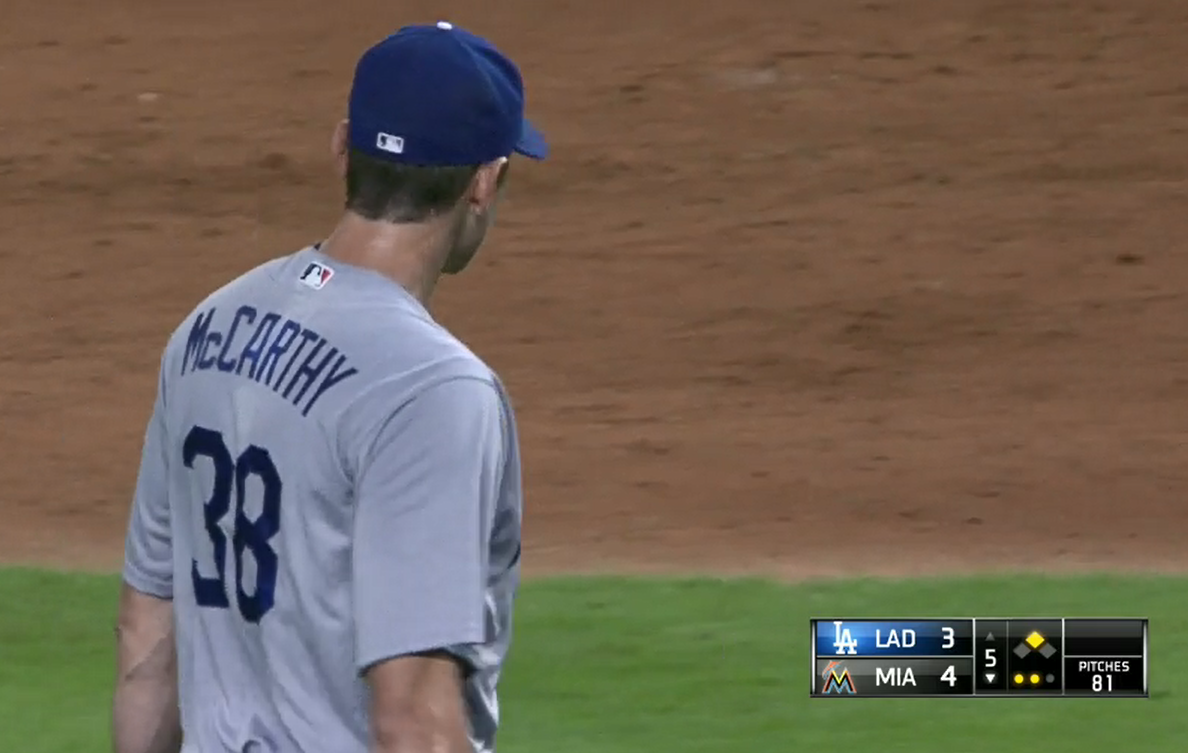 Ross Stripling relieved McCarthy and got out of further damage in the fifth by inducing a comebacker. Stripling then followed that with a scoreless inning, and after a rough June, it seems like Stripling is back on track. Brandon Morrow and Josh Fields followed to get scoreless frames of their own to keep things within a run.

In their last chance, the Dodgers rallied with two outs and down to their last strike. Joc started things by singling to right, and Grandal carefully drew a walk. Puig then came up and instantly got into an 0-2 hole, but he managed to take a slider in the dirt, and then had the audacity to sit fastball on a 1-2 pitch. Well, he got it and absolutely murdered it into the monstrosity in left.

The funny thing is that the Dodgers had 10 hits and two walks today, but they also struggled for most of the game to take advantage, mainly due to some unfortunate batted ball luck.

Anyway, back to the boring part, Kenley Jansen came in and got a 1-2-3 scoreless inning (with only one lousy strikeout) to clinch the comeback win.

Kenley Jansen: "Thank God I signed back here. These guys are a nightmare for a closer."

Winning improves the Dodgers to 62-29 and 23-18 away from home. The Diamondbacks are still playing the Braves (though they’re leading), so the NL West lead is temporarily up to 8 games.