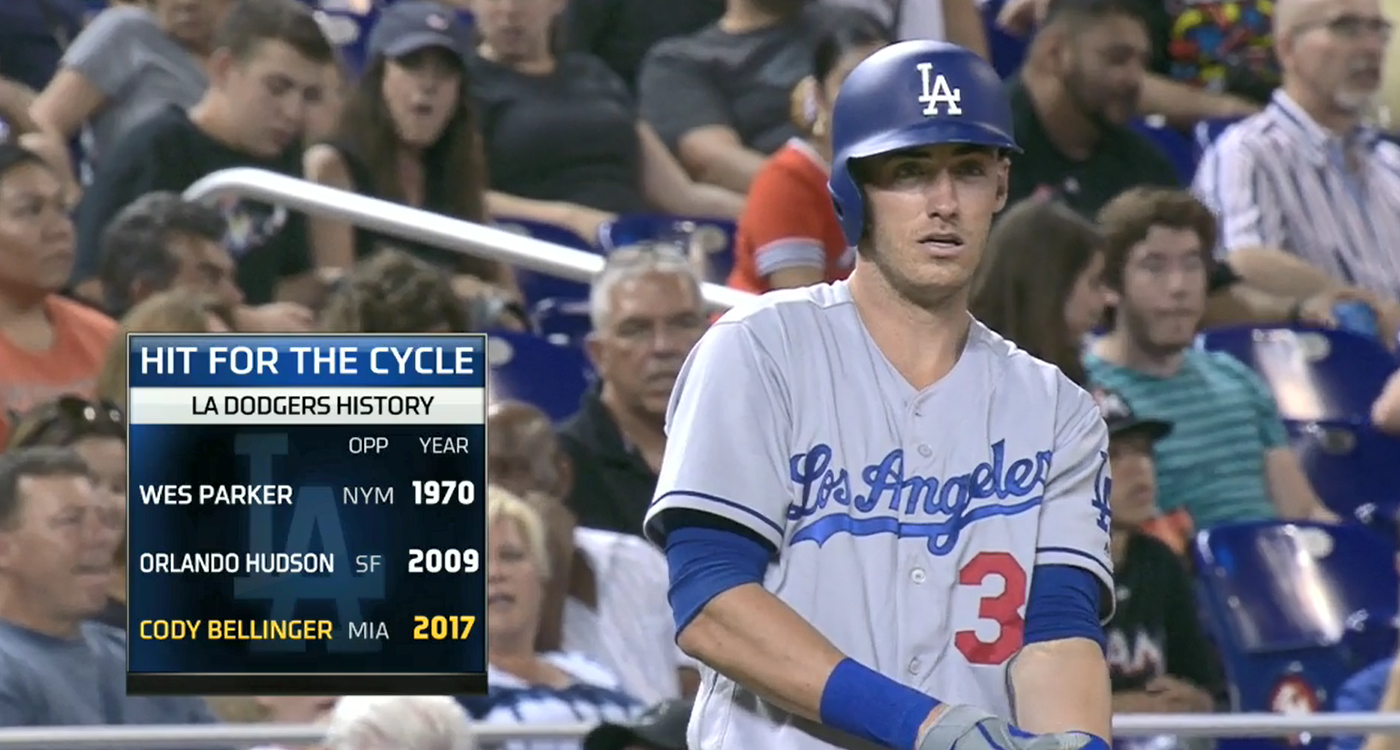 The Dodgers were successful in extending their winning streak tonight against the Marlins after a bombardment of dongs led to a 7-1 victory. The best team in baseball has now won eight straight games, and are on a run of 28-4 in their last 32 games.

With this lineup it just seems like it’s a different guy every day. A couple guys may have a rough day at the plate, but not to worry cause the rest of the lineup can hit bombs too and one them is there to pick up the slack.

Today, as this offense tends to do, they made things get out of hand in a hurry in the third inning. Chris Taylor and Corey Seager started affairs with back-to-back singles, but Justin Turner appeared to kill the rally by grounding into a double play. Cody Bellinger wasn’t having any of that shit, as he hooked a two-run dong over the fence in right for a 2-0 lead.

But even with two outs the Dodgers weren’t done, as Logan Forsythe walked and Joc Pederson roped a single to right to put men on the corners. Yasmani Grandal then stepped up and crushed a bomb down the right-field line for a three-run shot that completed a five-run inning. 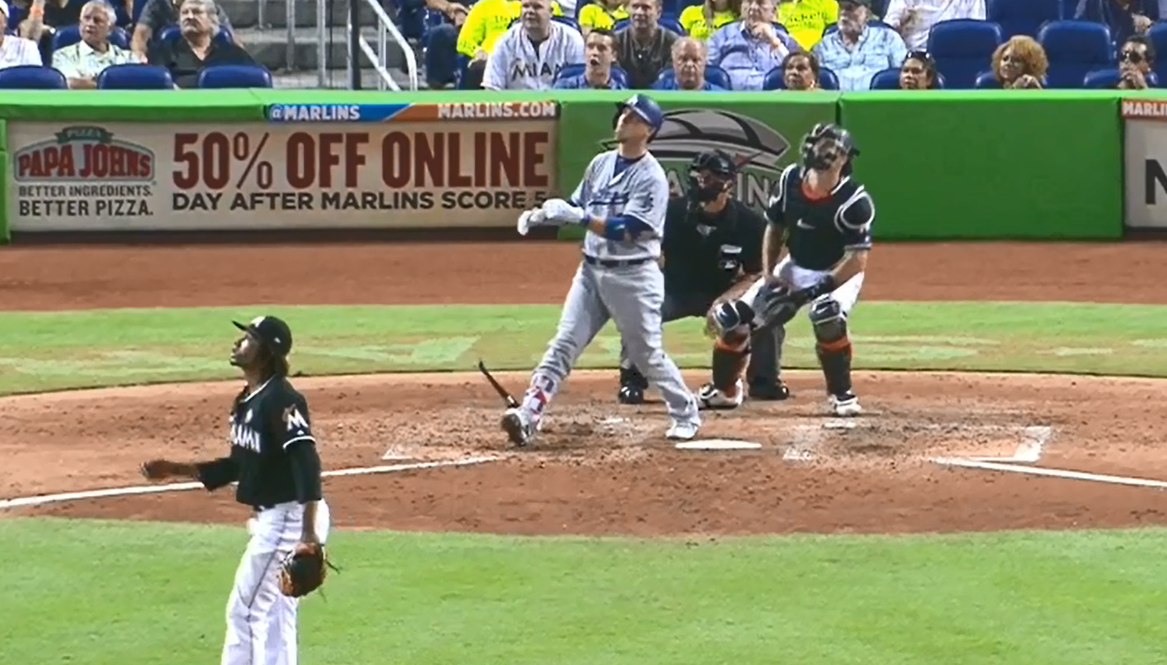 The bats continued to tack on in the fourth with two outs once again, as JT drew a walk and then Bellinger roped a double to right-center to score him (barely) and provide a 6-0 lead.

Bellinger was the star of the show today, as he ended up hitting for the cycle when he tripled to lead the seventh inning off.

So much for cooling off. Anyway, Forsythe then cashed him in on a sacrifice fly to right to put the Dodgers up 7-0.

Oh yeah, that Alex Wood guy. Well after the thrilling victory yesterday, he made things awful boring today. Not only did Wood go six shutout to lower his ERA to 1.56, but he was never really in any danger at any point. Wood gave up just three singles and a walk, and while he was on the mound a Marlins player never even got past first base.

Wood also struck out four, but it was less about missing bats today and more about generating a ton of soft contact that made it seem like he was cruising. Only reason it wasn’t an even better start was because the comfortable lead the Dodgers gave him allowed Dave Roberts to remove him early for rest.

Pedro Baez then stepped in for the seventh and was a bit of a mess. He got two quick outs, but then allowed a double and a single to put runners on the corners. Baez then lost the shutout by giving up another single to score a run, and exited for Luis Avilan while leaving runners on first and third. Avilan thankfully bailed him out of further damage by notching the strikeout.

Brock Stewart finished off the win with two scoreless frames, striking out one and allowing two hits and a walk. After a setback early in the year with his shoulder, he’s come back strong to start his 2017 off with 11 scoreless frames.

Here is the flag. pic.twitter.com/NfhRZtBtme

Oh yeah, early in the game Yasiel Puig got mad at Jose Urena, thinking he was being thrown at for the two homers yesterday.

Kinda silly but tevs, nothing came of it.

The Dodgers are 63-29 overall and 24-18 away, which is a 111-win pace. Seems decent. The Diamondbacks are on their way to losing to the Braves, which would put them a whopping 9.5 games back. Life comes at you fast. Dodgers, of course, still have the best record in baseball.

The sweep will be on the line tomorrow at an ungodly hour as the Dodgers finish the series with the Marlins at 7:10 AM HST/10:10 AM PST/1:10 PM EST. Rich Hill (3.69 ERA/4.07 FIP/5.10 DRA) will look to continue his recent run of excellence, and he was supposed to face Edinson Volquez, but he’s still hurt and the Marlins haven’t announced who is starting for them yet.