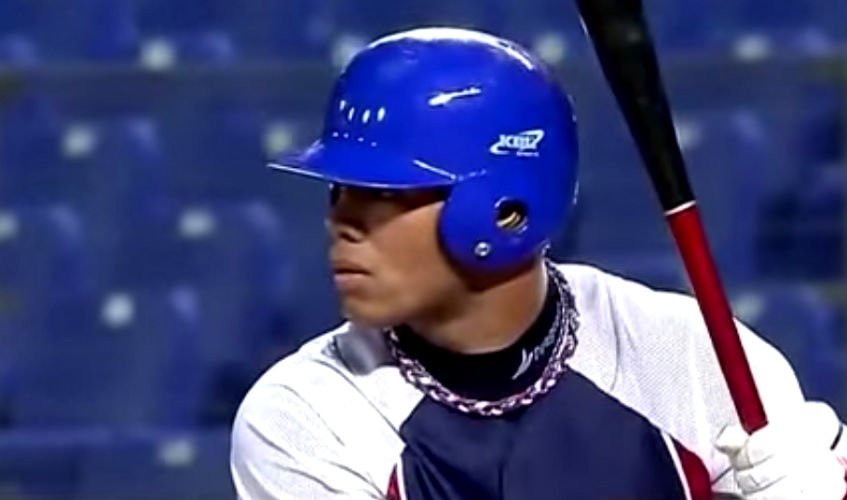 The Dodgers (65-29) hung on to win the series opener against the White Sox (38-53) on Tuesday night in the south side of Chicago, securing their tenth straight victory. The streaking sensations go for their 11th straight win and 12th series sweep of the season on Wednesday when the brief two-game set in Chicago and road trip concludes. This team may be one of the most dominant Dodgers teams in franchise history at this moment, and their 30-4 run is the best in baseball in a generation (the 1977 Royals also went 30-4).

Even though Clayton Kershaw wasn’t perfect, they grounded into four double plays, left 11 men on base and only scored one run on a Cody Bellinger RBI single, the Dodgers still managed to shutout the lowly White Sox 1-0 on Tuesday and continue to provide new records for the franchise’s history books.

Kenta Maeda  (7-4, 4.38 ERA, 3.96 FIP) has had an up and down season, but he was able to pick up a win against the Royals after putting in five innings of work and allowing one run on four hits with five strikeouts and two walks July 7. He’s never faced the White Sox, but overall he’s 2-2 with a 3.81 ERA in five starts against American League opponents in his career with the Dodgers. The veteran right-hander has struggled on the road this year, going 2-3 and allowing 23 runs in 31 2/3 innings (6.25 ERA).

They’ll go up against a lefty today, Carlos Rodon (1-2, 4.32 ERA, 4.16 FIP), in the series finale at Guaranteed Rate Field. Rodon has never faced the Dodgers. Logan Forsythe is the only current Dodger who has batted against Rodon, and he’s 1-for-2 with a double against him. Rodon missed most of the season with left biceps bursitis, and he’ll start for the first time in 10 days when he toes the rubber Wednesday. Last time out against the Rockies, Rodon went 5 1/3 innings and allowed six runs on five hits with four strikeouts and three walks in the loss.

The big news out of Chicago is of course the promotion of Yoan Moncada, the No. 1 MLB prospect, set to make his White Sox debut Wednesday. This comes on the heels of the Sox’s big trade that sent Todd Frazier, David Robertson and Tommy Kahnle to the Yankees on Tuesday, setting up the much anticipated promotion of Cuban slugger. The switch-hitting second baseman hit .282/.377/.447 with 12 home runs and 17 stolen bases in 80 games with Triple-A Charlotte this season. Moncada starts at second base and bats sixth in Rick Renteria‘s lineup.

Although I’m still cautiously optimistic, it’s becoming more and more clear that this season is special for the Dodgers and their fans. Without any trade acquisitions, this Dodgers team is extremely talented and primed for a playoff run. With some possible upgrades before August 1, especially in the starting pitching department, the 2017 Dodgers could be playing deep into October.

Stacie Wheeler, born and raised in So Cal, has been writing about the Dodgers since 2010. She wrote daily as the co-editor of Lasorda's Lair for five long years, and she has also written for Dodgers Nation, Dodger Blue 1958 and The Hardball Times. She currently contributes to True Blue LA. Stacie graduated from the University Of Southern California with a bachelor's degree in Cinema-Television. You can also watch her videos on her YouTube channel, DishingUpTheDodgers.
@StacieMWheeler
Previous Dodgers trade deadline targets: LHP Brad Hand
Next Dodgers 9, White Sox 1: Dong parade leads to a season-high 11-game win streak