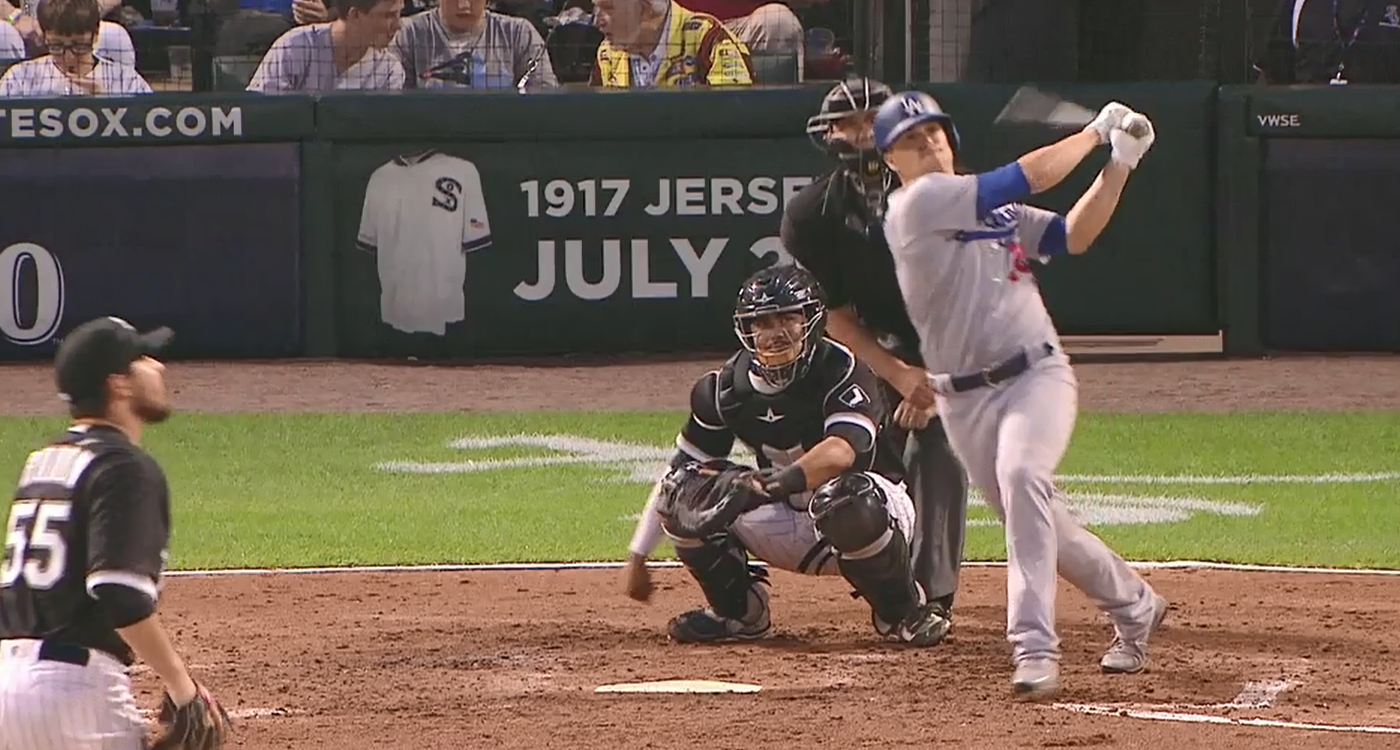 After setting a franchise best mark of going 30-4 in their last 34 games yesterday, the Dodgers improved on that tonight with a decisive 9-1 rain-shortened victory over the White Sox. Better yet, they have now won 11 games in a row, which is a season high.

After struggling with runners in scoring position yesterday, the Dodgers decided to just bypass that whole process today by donging the hell out of the ball. It started early on when Chris Taylor led the game off with an oppo taco.

The star of the game, however, was Enrique Hernandez. Struggling a bit in July, he broke out of it in a big way today with solo shots in both the second and fourth innings.

Also in the fourth, Corey Seager busted out a two-run dong of his own, this coming on a letter-high 97 mph fastball from a lefty.

The Dodgers were far from done, however, as they decided to show they could score in other ways as well. In the sixth, they started the inning with back-to-back-to-back doubles from Yasiel Puig, Trayce Thompson, and Taylor. Then Corey singled to drive in a run and took second on the throw, and Justin Turner also singled to plate another run. Cody Bellinger then walked to make it six straight batters to reach to start the frame, and it netted the Dodgers four runs in a hurry.

Oh yeah, stuff was happening on the mound for the Dodgers as well. Kenta Maeda started the game, and after a first-inning solo homer, he settled in nicely. Maeda went five innings on 83 pitches and gave up just the one run on the homer, plus he was only removed because the game turned into a blowout. Maeda struck out three, allowing five hits and just one walk, and he’s only had a truly bad start once since April 22.

Maeda was relieved by Ross Stripling, who took care of two scoreless innings, which was enough to get the Dodgers to the end of the game thanks to rain.

Yoan Moncada loves Twinkies, but the Dodgers made the fans eat them in disappointment.

Chris Woodward had a comical send of Yasiel Puig.

The Dodgers are now 66-29 on the year and 27-18 away from home, and are on pace for 112 wins. Dude. Meanwhile, in the NL West, the lead is now 11 games even though the Diamondbacks fell to the Reds in extras. Why? Because even though the Diamondbacks are now 11.5 games back, the Rockies are now in second place after winning four in a row. Yeesh. Oh yeah, the Astros lost again as well, so the race for the best record in baseball (and home-field advantage throughout the playoffs) is up to 3 games.

The @Dodgers have won 44 straight games in which they led by any amount at any time, longest in MLB history, via @EliasSports #statnightcap