Dodgers 6, Twins 5: In a hole thanks to shoddy defense, Dodgers end up walking it off 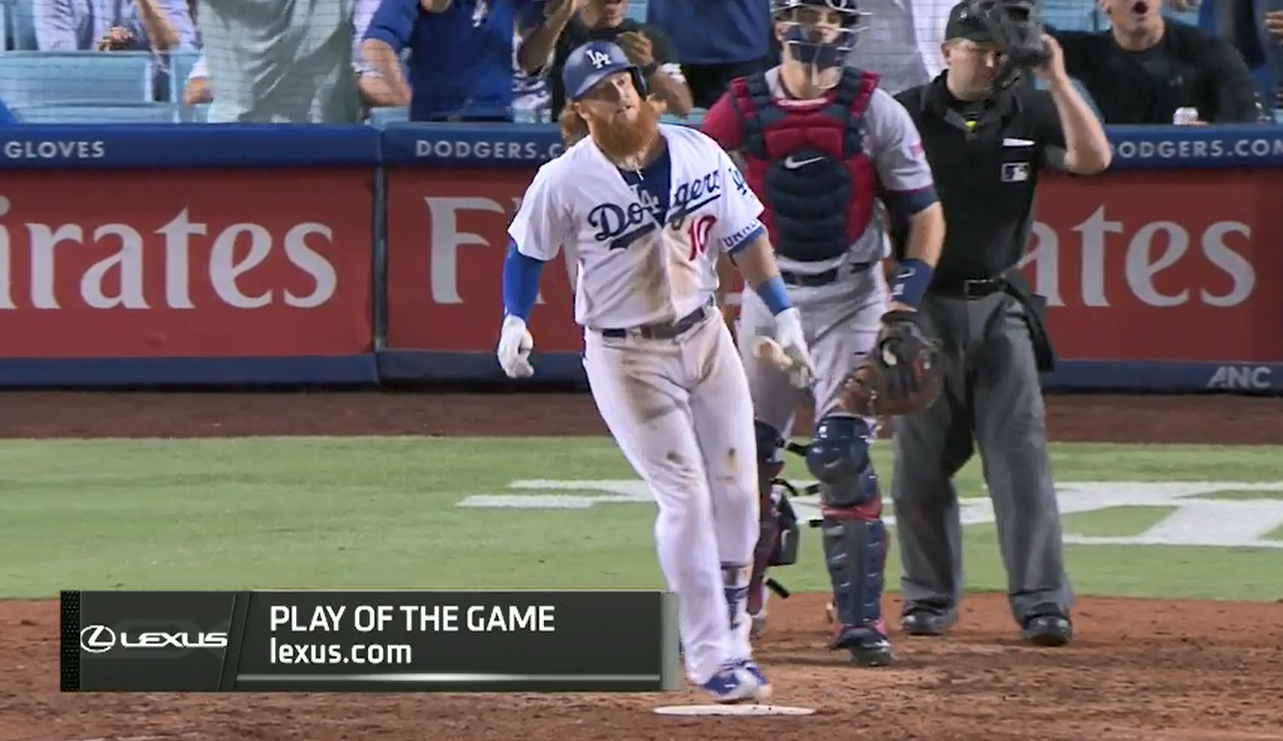 After taking the first two games of the series, the Dodgers’ four-game winning streak was in danger early as all five runs against them scored with two outs and as a result of defensive miscues. Because the 2017 Dodgers are ridiculous, however, they came back slowly but surely before walking it off in the bottom of the ninth, winning 6-5.

This is just tradition at this point. pic.twitter.com/v71GynSzmE

Brock Stewart made his first start of the year for the Dodgers, and he generally looked quite good. His fastball was consistently 93-95 mph, and he showed an 81-84 mph change and a 86-87 mph slider as well. Brock Brock generally had solid command, though the mistakes he did make were due to leaving the change up in the zone.

While Stewart cruised through the first two innings, the third was the trouble inning, as it resulted in three runs crossing the plate. A one-out single led to a sacrifice attempt, but Yasmani Grandal tried and failed to get the lead runner instead of taking the free out, putting runners on first and second. Later, with two down, Stewart should’ve been out of the inning, but instead a double was smacked and ended up plating a run. That was followed by a single with runners on second and third to plate two more, and three runs that shouldn’t have happened … did (Chris Taylor also slipped on a single that came after and should’ve been an out … so yeah).

After getting the first two outs with relative ease in the fourth, Stewart walked a batter and then got a routine grounder to second that Logan Forsythe let go right through the wickets. That was the end of Stewart’s day at the promised 55 pitches, and he went 3.2 innings, allowing the five runs (but zero earned) on five hits and a walk, striking out two. 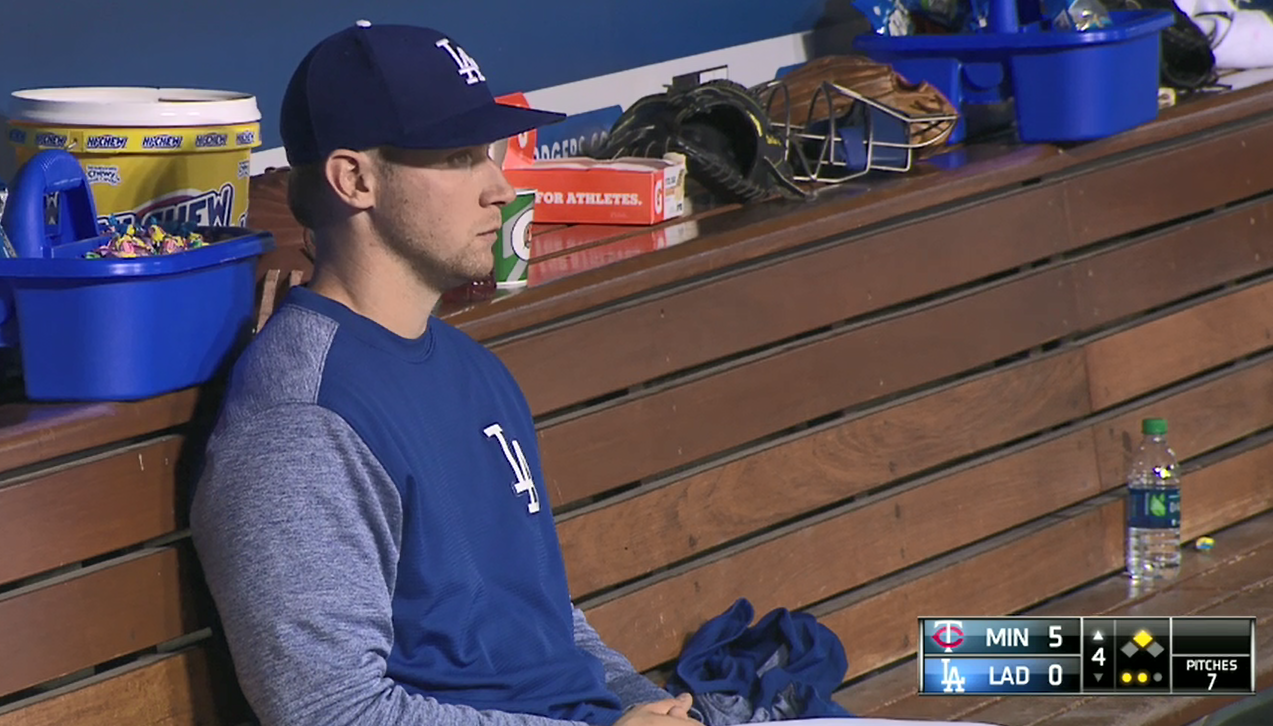 Ross Stripling took over, promptly giving up a two-RBI double down the right-field line, which closed the book on Brock. Strip then mercifully ended the suffering by getting out of the inning with a grounder to first. He then followed that with six outs in a row, as he struck out two and allowed just a one hit in his 2.1 scoreless frames.

It took until the fourth for the Dodgers to get on the board, and they did so behind a solo bomb to right off the bat of Joc Pederson.

The Dodgers did it again in the fifth, this time behind a Yasiel Puig rocket to left field.

After the homer, Puig demonstrated his … um, special relationship with Turner Ward.

Still, it felt like the Twins had the game in control with a three-run lead, at least until the seventh happened. With one down, Forsythe and Grandal had back-to-back singles to put runners at the corners. Later, with two down, the pinch-hitting Chase Utley took advantage of the situation and raked a double off the wall in center to plate two and cut the lead to one.

Brandon Morrow opened up the seventh on the mound for the Dodgers, and he pitched a perfect inning with one strikeout. Pedro Baez duplicated the feat in the eighth with a 1-2-3 frame and a strikeout.

That allowed the Dodgers to do their thing in the eighth. Justin Turner started the inning with a walk, and with one down, pinch-hitter Enrique Hernandez singled to right with JT running to put runners on the corners. Then the oddity started when Forsythe hit a shallow fly to center with Enrique running, as after catching it, center fielder Zach Granite threw to first to try to double up Enrique.

Nobody was there to cover as Joe Mauer went to setup for a throw to home and the pitcher was covering behind the plate. And so suddenly, the game was tied.

Why he didn’t throw just throw home with a shallow fly and JT’s two bad wheels is beyond me, but the Dodgers will take it.

While the Dodgers couldn’t grab the lead after that, they did have Kenley Jansen in the ninth to preserve the tie, which is usually automatic. However, he allowed a lead-off double and then a grounder moved that runner to third, upping the tension. However, he rebounded to strike out the next two hitters and got the Dodgers to the bottom of the inning with a chance to win it.

That proved important, as with one out in the ninth, Austin Barnes and CT3 both reached on singles. A ground out moved them to second and third, and JT came through with the game-winning single with two outs.