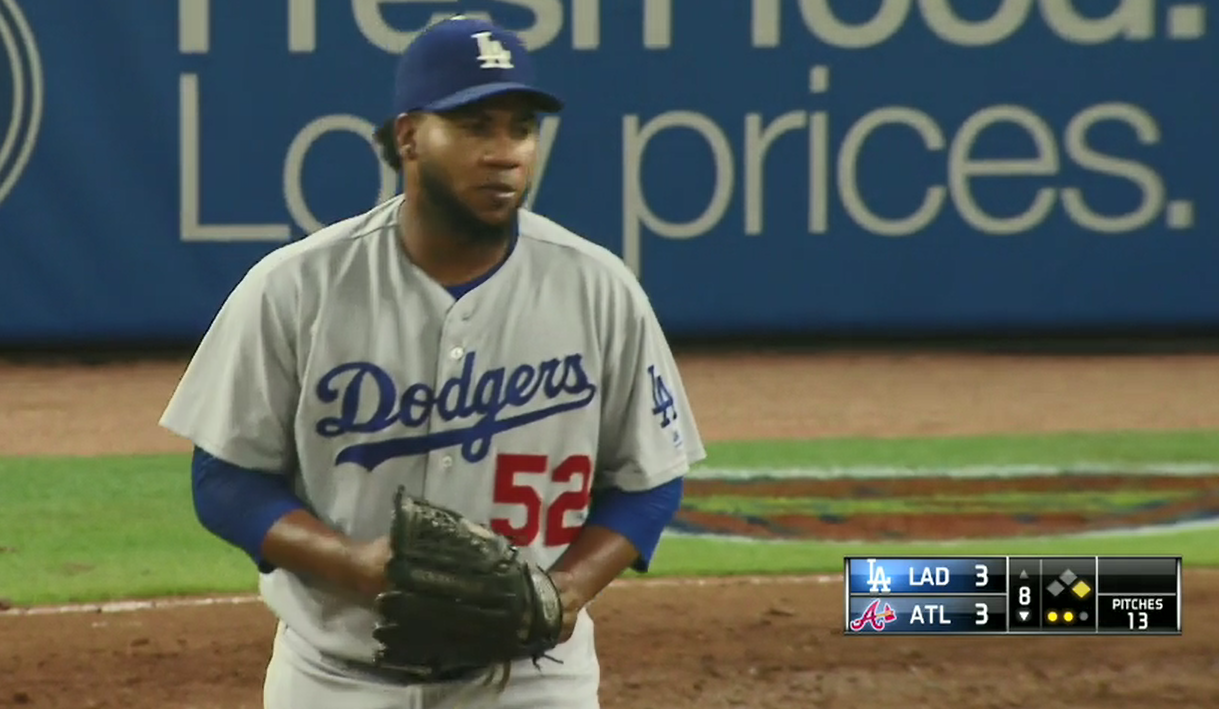 The Braves halted the red-hot Dodgers and their winning streak at nine games in a row, beating them 5-3 thanks to a two-run homer in the eighth inning.

With Brock Stewart it was going to be another bullpen game, and sure enough he lasted just 66 pitches over four innings. For three of those innings, he kept the Braves off the board, but he finally allowed an earned run after he allowed a two-run homer in the second to bump his ERA to 0.87 on the year. In general, he didn’t look his best, allowing three hits and three walks, striking out just one batter.

Ross Stripling took over for him in the fifth, which was an unlucky inning for him. After allowing a lead-off single, he induced a perfect double-play ball, but Corey Seager booted it and got only the out at first. That was immediately followed by a single to center to drive in the runner that shouldn’t have even been there. He proceeded to get out of the inning without further trouble, and also pitched a scoreless sixth frame as well.

Thankfully, the game ended up still tied at that point.

The offense struck early, which is easy to do when Cody Bellinger hits a solo dong in the first inning.

In the fourth, Chris Taylor manufactured the hell out of a run. Taylor started the inning by getting hit, stole second, advanced to third on a fly out, and then scored on a ground out. Somewhere the small-ball crowd just messed themselves.

The bats got another across the board in the fifth, as Yasiel Puig‘s evolution continued when he went oppo double on 2-2 after battling back from an 0-2 hole. Later, with one down, Chase Utley drove Puig in with a sharp single to left.

To start the seventh, Luis Avilan walked two batters and gave up an infield single, but thanks to a great play by Logan Forsythe at second throwing out the runner at home, he escaped with the lead intact. The same could not be said for Pedro Baez, who retired the first two batters of the eighth inning before issuing a walk and then promptly giving up a two-run homer.

That was about it because the offense didn’t have the magic today, or much of anything, really. They totaled just six hits (one double, one homer) and a walk on the night.

"A highly rational Internet troll." - Los Angeles Times
@ChadMoriyama
Previous Dodgers @ Braves August 2, 2017: Stewart for 10 in a row
Next Pedro Baez is still the same pitcher, and we need to accept it