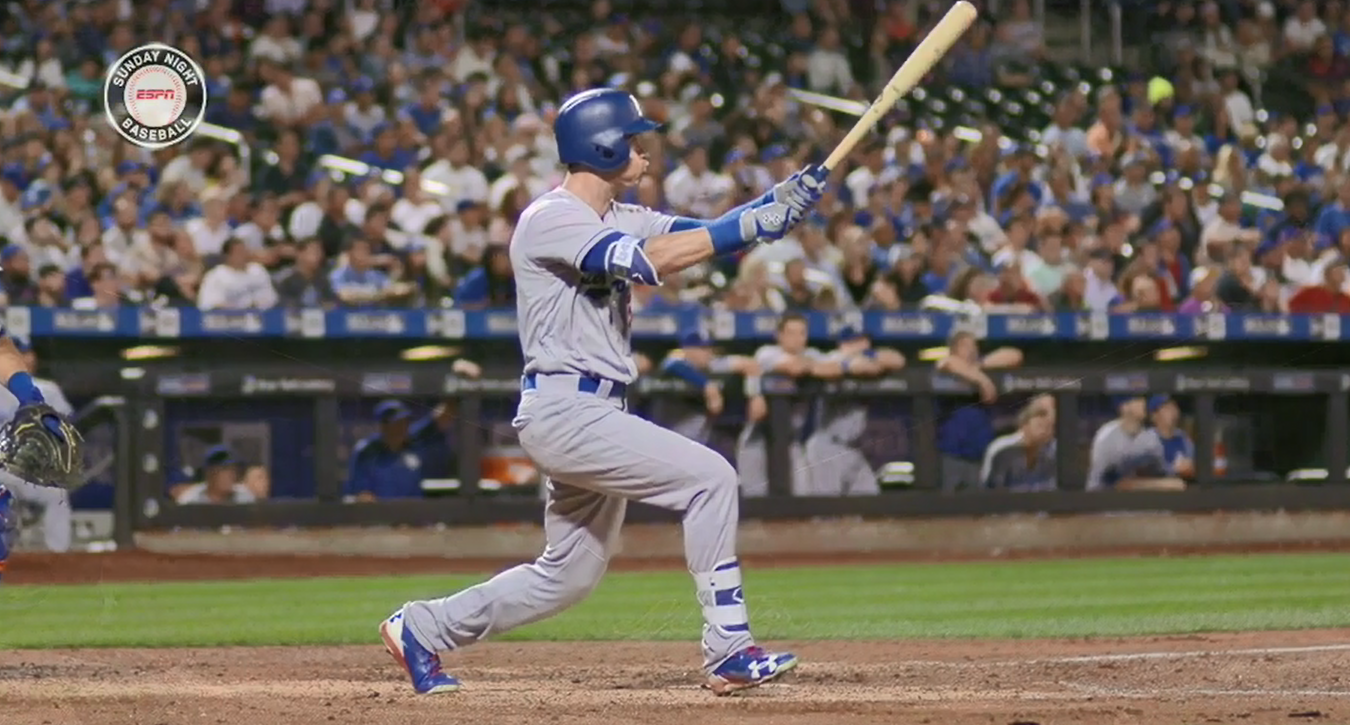 You guys won’t believe this, but the Dodgers have another sweep, this time of the Mets after an 8-0 victory tonight. The Dodgers are now 44-7 in their last 51 games and have won four in a row.

Today’s game started and ended with Hyun-Jin Ryu because what he did set the Dodgers up for the victory. He started the game by striking out four batters in a row and it didn’t get much worse from there.

Ryu turned in seven shutout innings on 96 pitches, allowing just one hit and no walks while striking out eight. Yeah, to limit hitters to one hit takes some contact luck, but make no mistake, it was a dominating outing. It dropped his ERA to 3.53, and with everybody healthy he’s arguably the #7 starter.

So the offense didn’t need to provide a ton of support, but they went ahead and did that anyway.

They got started early as well, taking advantage of a rookie’s miscue in the first. With one out, Corey Seager singled and Justin Turner replaced him at first after grounding out. On a stolen base attempt, the throw beat JT by a lot but he pulled a swim move to avoid the tag of Amed Rosario and was ruled safe on replay. That proved pivotal as Cody Bellinger then walked, they executed a double steal to put runners on second and third, and Logan Forsythe came up with a two-run single up the middle.

Austin Barnes immediately followed with a double down the left-field line to score another.

In the third they got on the board again, with Seager starting the inning with a single and JT following with a two-run dong to right-center.

The offense then took a bit of a vacation, at least until the eighth, when JT’s two-out double kept things alive for a Cody massive two-run dong to center.

Speaking of insurance, the Dodgers got another run in the ninth. Yasiel Puig walked with one out, and then with two outs Chris Taylor smacked a triple into right to plate another.

The bullpen was plenty ready to protect the lead they were handed, as Tony Cingrani continued his rebound, pitching a 1-2-3 eighth with two strikeouts.

That brought in Kenley Jansen, who hadn’t worked in five days, and all he did was strikeout the side (though he did walk a batter).

The victory gets the Dodgers to 79-32 on the year and 32-19 away from home. With the Rockies loss, the Dodgers are now 15.5 up in the NL West. The Astros won, however, so the lead for the best record is only 8 games.

"A highly rational Internet troll." - Los Angeles Times
@ChadMoriyama
Previous Dodgers @ Mets August 6, 2017: Ryu, once again, for the sweep
Next Yasiel Puig is exactly the kind of player the Dodgers need him to be