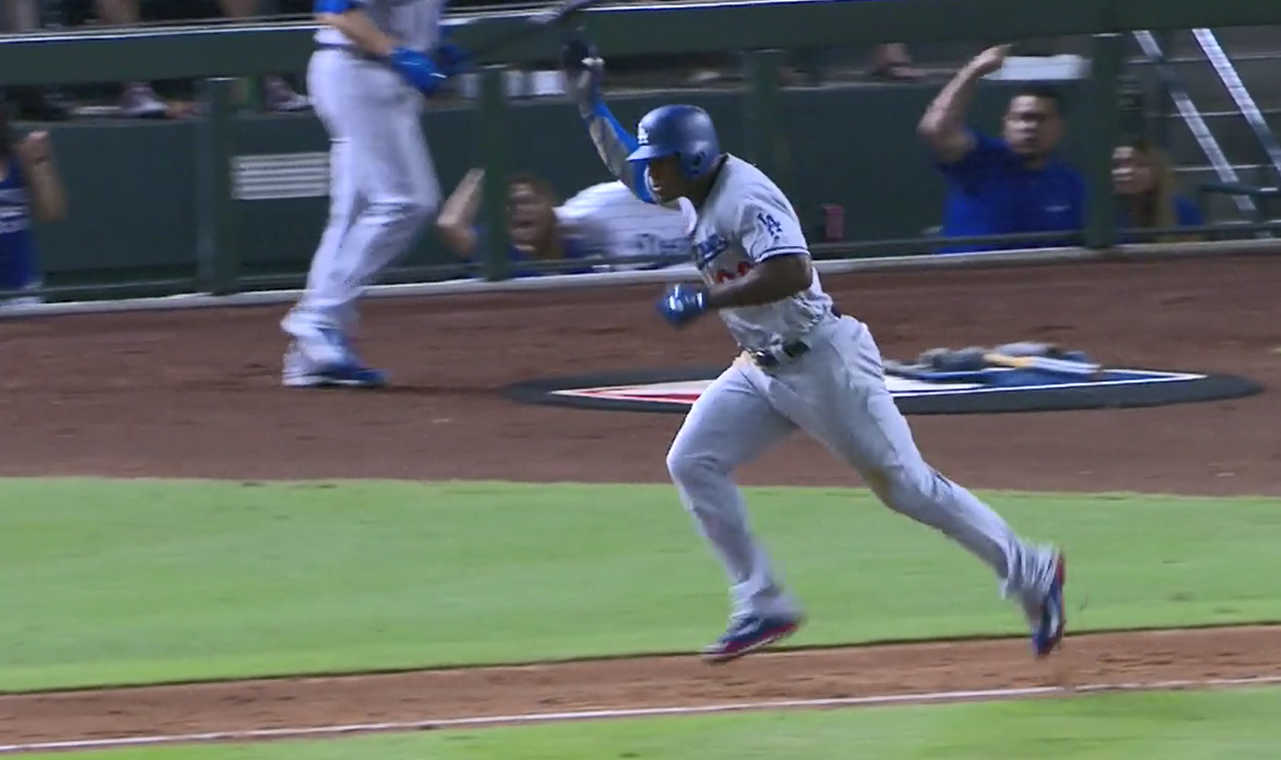 Alex Wood‘s velocity was a concern after his last start, especially after he admitted feeling fatigue, but whatever mechanical adjustments were made seemed to have worked. Wood touched 95 mph early and generally sat 92-94 mph in his start tonight. Probably due to said fatigue concerns he was removed after 88 pitches and six innings, but limited a top offense to just two runs on six hits and a walk with four strikeouts.

There’s not a ton of reasons for concern at this point (though they should skip a couple starts here and there just in case anyway).

Fortunately for Wood, the offense ended up rallying late to get him off the hook. Of course, things started fast with Cody Bellinger hitting a homer in the second.

Thing is, that was the only hit the Dodgers got off Zack Greinke through six innings, which is bad. Thankfully, the seventh inning also happened.

Cody started things off quick with a double to left, but back-to-back outs that only advanced him to third understandably made it appear like the D-backs would escape with the lead. Thankfully then, Joc Pederson broke his 0-for-6942069 slump with a lined double to right to tie the game.

Yasiel Puig then immediately followed with a single to right to give the Dodgers the lead as a Chase Field full of Dodger fans was thrilled.

For all the talk of a playoff atmosphere, however, that apparently did not apply to bullpen usage. Josh Fields was tasked to protect a one-run lead for two innings today, which … is probably not going to happen in the playoffs ever. In the seventh this was fine, as he got a 1-2-3 inning against the bottom of the D-backs lineup. However, after allowing a lead-off single in the eighth, he was allowed to face Paul Goldschmidt with one out representing the go-ahead run … and got him to ground into an inning-ending double play.

This is peak "let's just experiment and see how they handle this" from the Dodgers right now.

The offense couldn’t get any insurance, so it was turned over to Kenley Jansen in the ninth just up one. Jansen started things off with a strikeout, but then hit the next batter with a pitch. That was less than ideal with Jake Lamb coming up, but he got Lamb to fly out harmlessly to center, and then locked down the game with a strikeout.

The victory gets the Dodgers to 80 wins against just 33 losses, and their record away from Dodger Stadium is rapidly improving at 33-20. With the Rockies winning today, they vault into second in the NL West at … 15.5 games back. The Astros lost, which means they are now nine games back for the best record in baseball race.