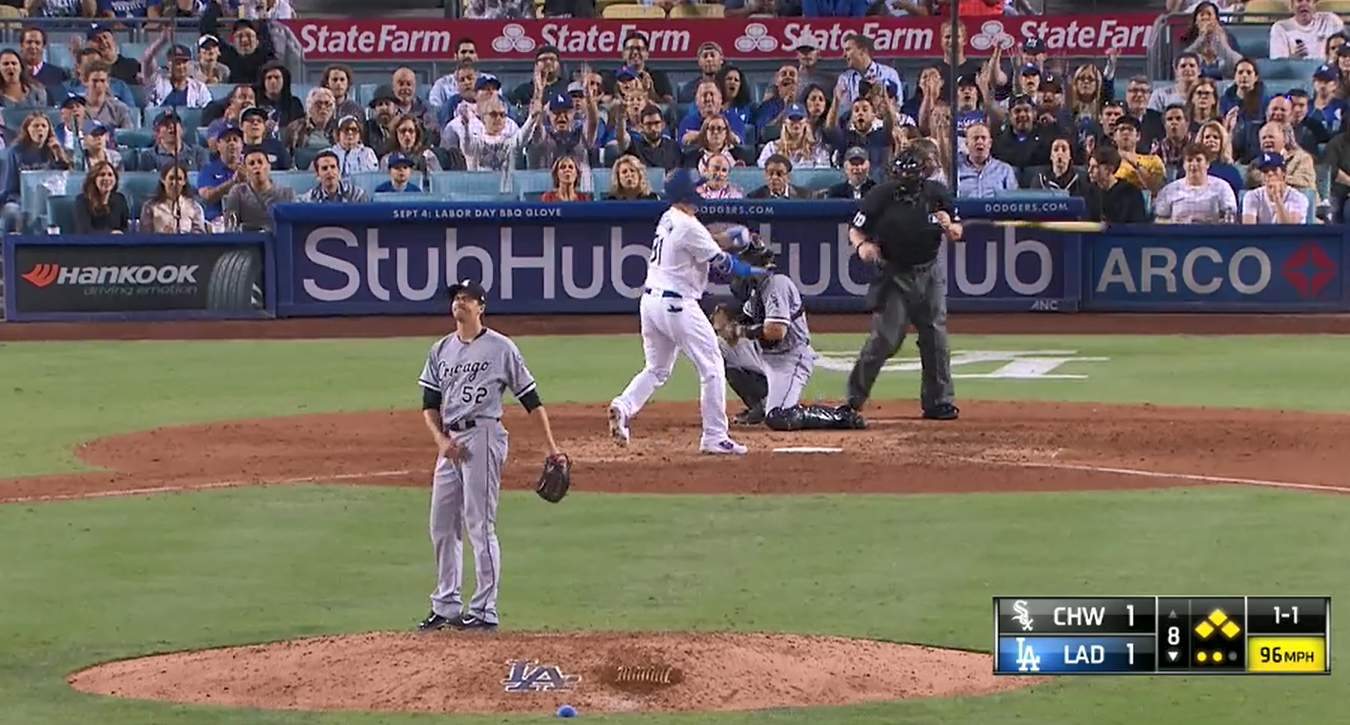 84 wins. The Dodgers now have 84 wins on August 15 after a 6-1 win over the White Sox, as this team continues to roll even with Clayton Kershaw not even back yet.

Alex Wood‘s first pitch of the game resulted in a homer for Tim Anderson, so things could only get better from there. And they definitely did, as it was the only run Wood surrendered through seven innings. Wood got through those innings on just 79 pitches, surrendering six hits and no walks while striking out six.

In four starts since his disaster outing against the Braves, Wood has a 2.77 ERA. In particular, his last two starts have looked especially promising and he seems to be getting back on track to his early form. 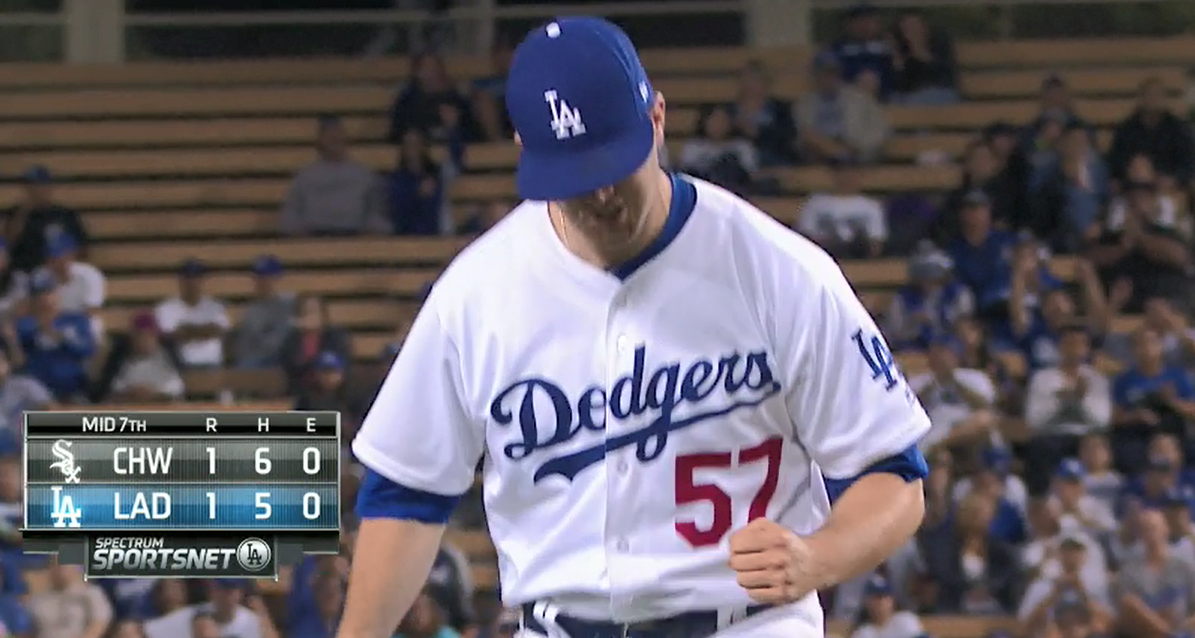 Unfortunately, the offense stalled against Miguel Gonzalez. Well, sorta, as Joc Pederson (twice), Yasmani Grandal, and Yasiel Puig all hit balls that fell on the warning track through the first four innings.

In the sixth, the Dodgers finally broke through. With one down, Cody Bellinger reached on an infield single, Grandal followed with a single into left, and a walk to Puig led to a bases loaded situation. Logan Forsythe cashed in a run with a sacrifice fly to right, but the threat was ended due to a TOOTBLAN from Yaz.

Still, the game was tied when Brandon Morrow entered the game in relief of Wood for the eighth. All Morrow did was get a 1-2-3 innings on three grounders and just 10 pitches.

The pitching kept the Dodgers in it long enough for the offense to finally explode in the eighth. Justin Turner started things with a single, and then with one down Grandal and Puig drew back-to-back walks to load the bases again. With two down the White Sox were on the verge of getting out of it, especially with a struggling Joc at the plate, but he was hit by a pitch to force the go-ahead run in.

That opened the floodgates, as Austin Barnes then singled to drive in two…

…and after a Chris Taylor infield single loaded the bases again, Corey Seager singled to drive in two more.

All of a sudden it was a laugher and Kenley Jansen got owned.

So instead of Kenley, Josh Fields was given the ninth. Fields walked a batter but got two outs before being replaced by Tony Cingrani as the Dodgers continue to setup test situations for their lefties to prepare them for the playoffs. Cingrani passed his tryout this time around by ending the game with a strikeout.