Dodgers 5, Pirates 2: Hyun-Jin Ryu’s gem gets the Dodgers to 90 wins 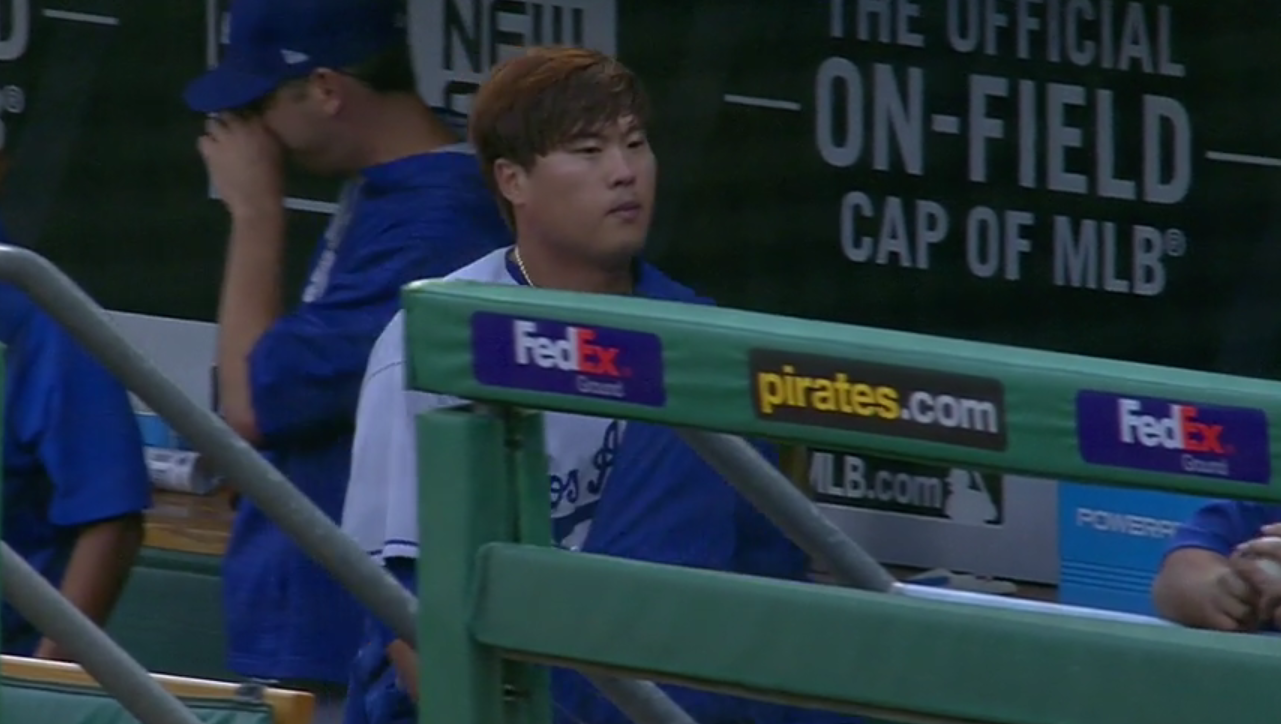 The Dodgers have gone 2-2 in their last four games, which is constitutes a massive struggle for them in this 2017 season. Fortunately they bounced back after yesterday’s mess, beating the Pirates, 5-2.

Hyun-Jin Ryu continued his miraculous comeback with another quality start today, going six innings on 93 pitches and allowing just a single run. Ryu limited the Pirates to four hits and two walks in his outing, with the only blemish of sorts being just two strikeouts.

Since coming back from the DL, Ryu now has a 1.54 ERA in six starts and has lowered his ERA to 3.34 on the season. Most of this is because he’s limited the opposition to one homer in this time, and if he can continue that trend, there’s no reason that this kind of performance can’t be legit at this point.

Also helping? Justin Turner‘s Gold Glove worthy defense (even though he’ll never get it because of Nolan Arenado).

On the other side of things, despite similar struggles with men on base, the offense managed to get runs across the plate at least.

After stranding the bases loaded in the first inning, thus giving everybody flashbacks, the Dodgers finally broke through in the second on a Chris Taylor (who else?) single.

After getting a potential run cut down at the plate in the third, the offense bounced back in the fourth behind Curtis Granderson hitting a ball out of the stadium.

That was Granderson’s 22nd dong of the year and he made it a beauty.

Following that, the Dodgers actually left the bases loaded in both the sixth and seventh, but in the latter inning they were at least able to scratch a run across the board thanks to an Enrique Hernandez single.

After an excellent showing two games ago, the bullpen didn’t do so excellent this time. Josh Fields was brought in for the seventh, and while he got an out, he also surrendered a double. That led to Tony Watson being summoned, and while he also got an out, he then walked a batter and surrendered a run-scoring single (Fields’ run) to left center. That brought on Pedro Baez with the game on the line against Andrew McCutchen, and Baez came up big with a strikeout to maintain a one-run lead.

In the eighth, the Dodgers got insurance by bypassing the whole hitting with RISP thing and just had Yasmani Grandal and Adrian Gonzalez go back-to-back on consecutive pitches.

Now cruising with a three-run lead, Baez was also tasked with the eighth. Despite walking and hitting a batter, Baez got out of it without damage and preserved the lead.

The surprising thing is that he was protecting that lead for Brandon Morrow and not Kenley Jansen. But that’s completely fine and makes sense as long as it’s just rest, and that does seem to be the case.

Dave Roberts said on Tuesday that Kenley Jansen would get a couple days off. Brandon Morrow to close in the ninth.

Morrow comfortably got a 1-2-3 ninth inning with a strikeout on nine pitches for the save.

90 wins against 36 losses on August 24. They are also 39-22 on the road, which is rather amazing. The Diamondbacks won and the Rockies lost, so the former are now 21 games back in the NL West. The Astros are yet to play, but they now currently sit 13 games back in the race for the best record in baseball.