The Dodgers are back in Los Angeles for the dumbest homestand ever, consisting of one three-game series against the Brewers. Regardless, at least the Dodgers managed to get things off to a good start, prevailing over the Brewers in the first game, 3-1.

So many wins, you guys.

After rebounding successfully from a rough April, Kenta Maeda had surprisingly given up four runs in back-to-back starts despite 15 strikeouts against just one walk.

Thankfully, he got back on track tonight, surrendering just a second-inning solo homer in six innings of work. In fact, that was the only hit he allowed on the night, and he also limited the powerful Brewers lineup to just two walks while striking out seven. 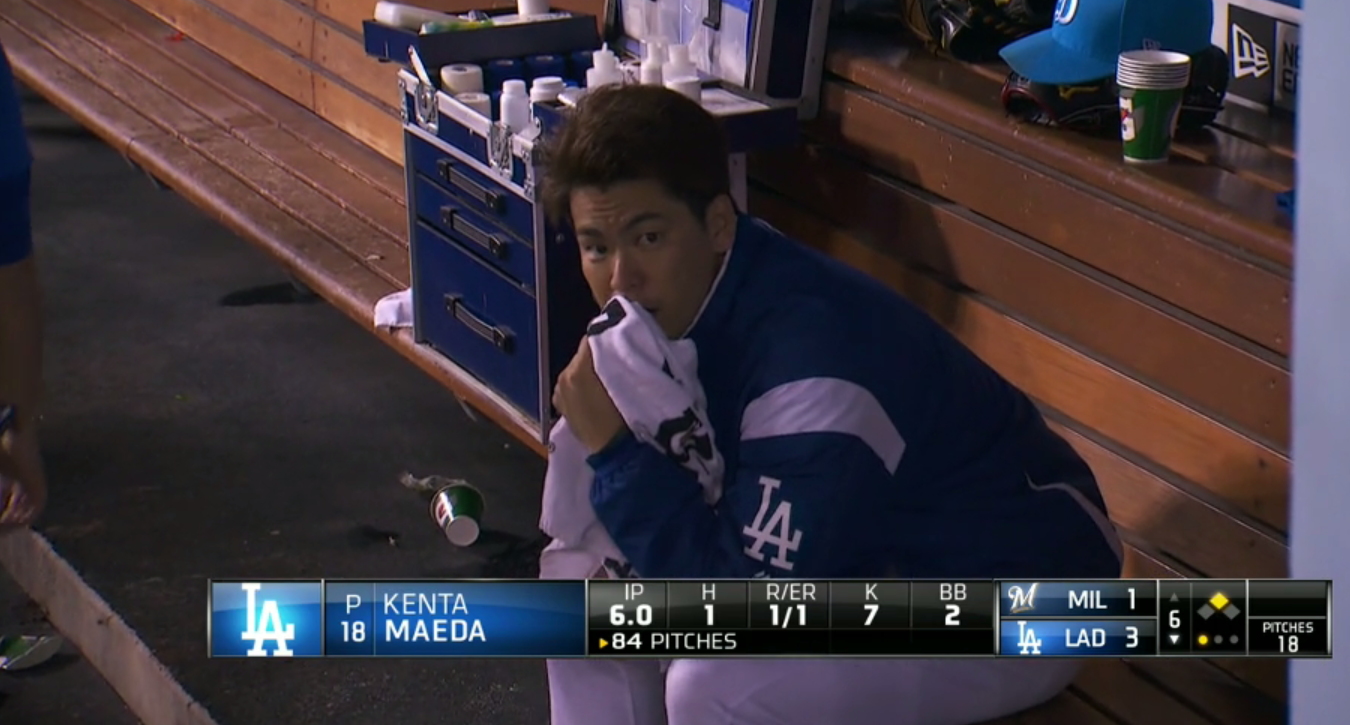 Offensively, the Dodgers wasted quality scoring chances in the second and third inning, but Logan Forsythe made sure they got something out of the fourth inning by hitting a homer to left center.

Logie Bear got his fourth homer of the season, and if his power can somehow return to 2015-16 levels down the stretch, he’ll make an already excellent lineup that much better.

With two down in the fifth frame, Justin Turner got a bit of a rally started with a walk and a steal. That was cashed in by Yasmani Grandal, who did a great job of staying with an 0-2 curve and hitting it back up the middle for a single to score a run.

For the third consecutive inning, the Dodgers scored with a run in the sixth. This one came early on a Yasiel Puig homer to dead center, his 23rd dong of the year.

Unfortunately, the Dodgers didn’t get anything more out of the inning despite loading the bases. Still, the offense did enough to turn a two-run lead over to the bullpen.

Tony Cingrani entered for the seventh, facing the minimum numbers of batters but not necessarily looking sharp. After inducing a pop out, he walked the next batter and then gave up a line drive that turned into a double play for a scoreless frame.

In the eighth, just like they drew it up in April, Josh Ravin entered as the setup man. All Ravin did was strikeout the side on 11 pitches. Decent.

Though the offense didn’t provide any insurance, it didn’t matter much as Kenley Jansen was back from his rest days to close out the game. Jansen got a 1-2-3 inning with one strikeout, but it was an odd ending since it concluded on a replay review that was initially ruled an infield single but was overturned.