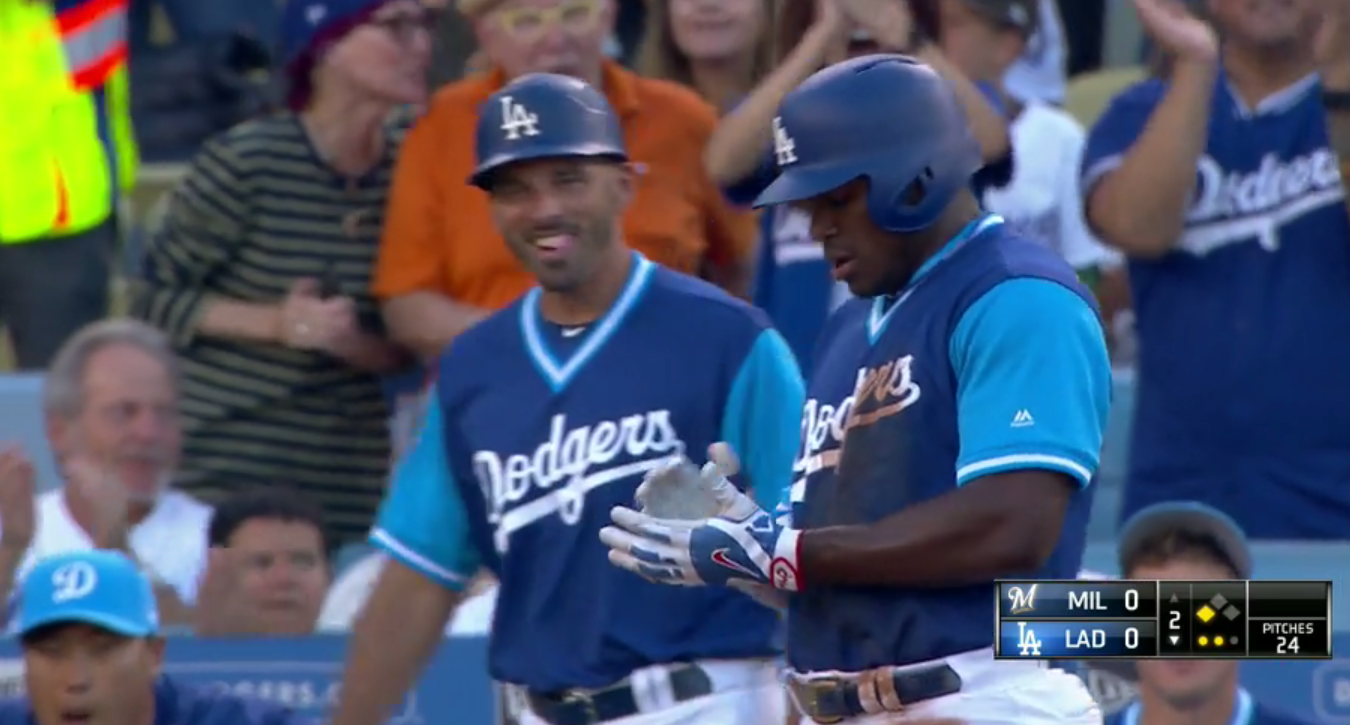 After a 3-0 shutout loss to the Brewers tonight, the Dodgers have now been shutout twice in the last four games, and are limping to a 4-3 record in their last seven contests.

The reserves are still doing amazing, but the pace has fallen off a bit, as tends to happen when a bunch of your best players are on the disabled list.

Ross Stripling was given the start in the bullpen game, and he got things off to a wonderful start, providing three scoreless innings on 49 pitches. Stripling struck out five batters, allowing just one hit and one walk.

Edward Paredes was next, and the rookie lefty continued to look intriguing, allowing a hit but striking out two in a scoreless inning. That slider, tho.

Unfortunately, while Josh Ravin struck out two, he also surrendered a single and then a two-run homer in the fifth to the first two batters he faced. The pen bounced back with Brandon Morrow in the sixth, as he got 1-2-3 inning on seven pitches, thanks in large part to this homer-saving catch by Yasiel Puig.

Tony Watson then took over for the seventh and he thankfully got a scoreless inning himself, striking out two and taking only nine pitches.

That streak of effectiveness for the pen ended with Luis Avilan in the eighth, as Avilan gave up a single and a double to give the Brewers an insurance run. Avilan also surrendered a walk, but managed to escape without further damage. He was then tasked with also getting the ninth, which he did in 1-2-3 fashion with two strikeouts.

By now you’ve likely noticed I have not talked about the offense, but that’s because there’s nothing to talk about. Zach Davies limited the Dodgers to just three hits on the night, striking out seven in seven shutout innings.

In relief, Anthony Swarzak gave up a single to lead-off the eighth, but then struck out the side. Thing is, though, the Dodgers could’ve easily had the bases loaded and nobody out had Gary Cederstrom not wanted to go home early. 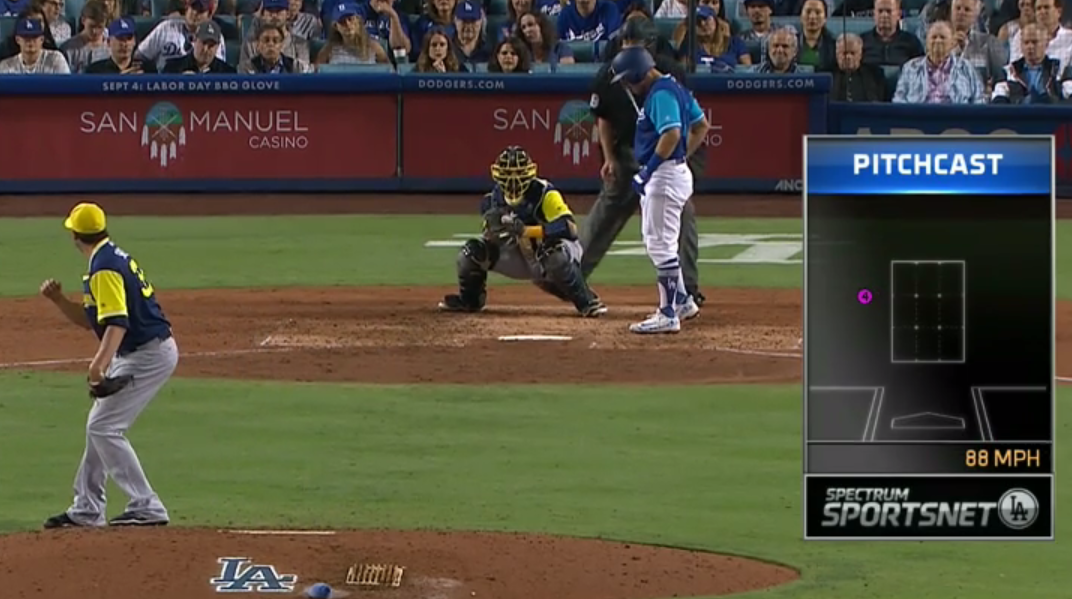 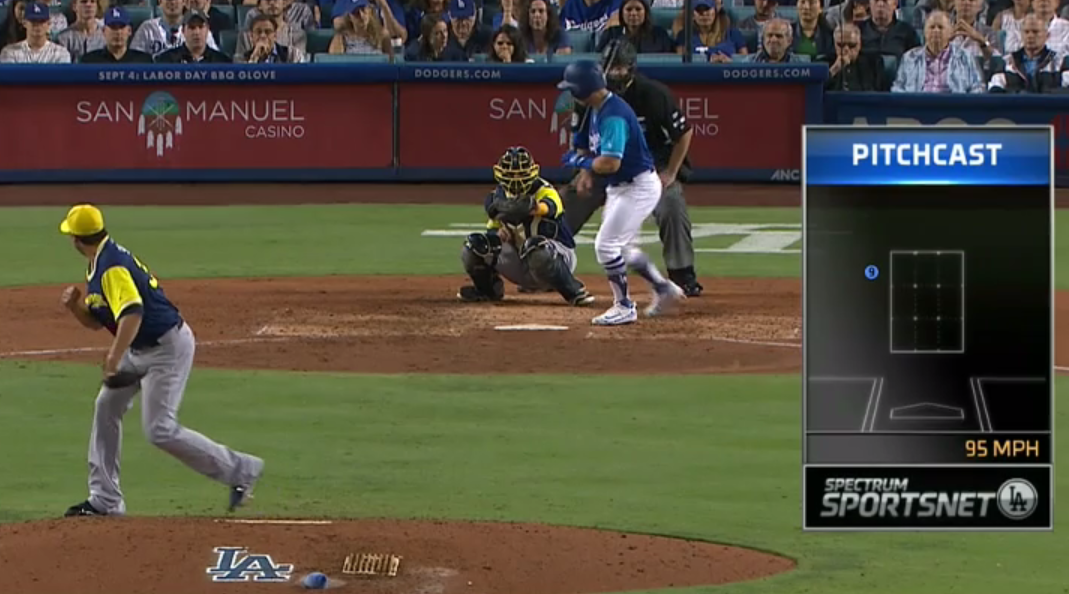 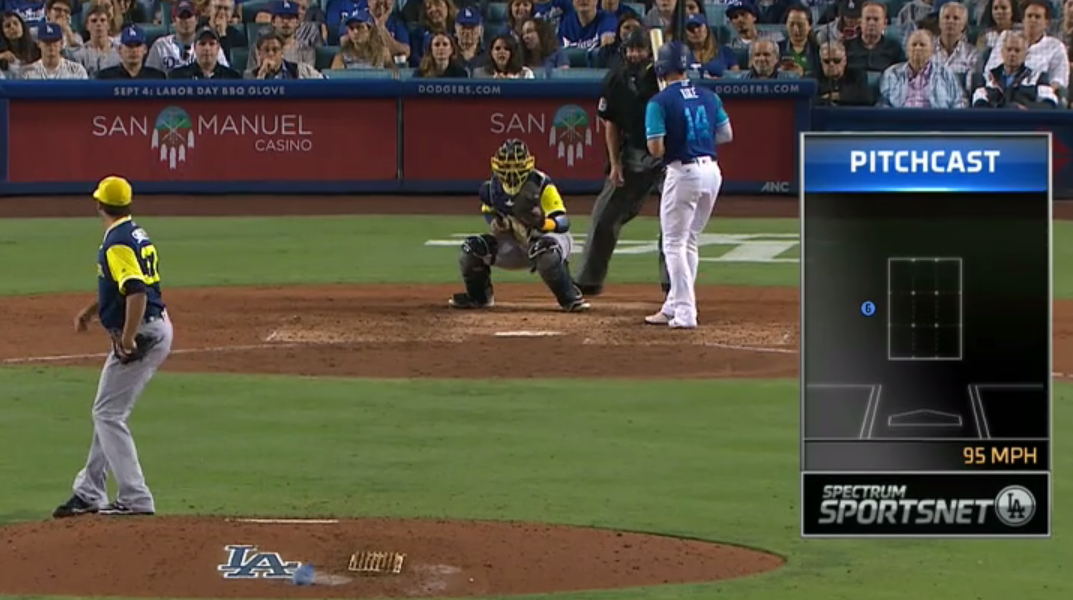 All of those were strike calls, and the latter two took place on 3-2 counts.

Anyway, Brewers closer Corey Knebel came in for the ninth, and while a runner reached on an error, the Dodgers went quietly after that.

Folks, the Yasiel Puig experience is back.

91-37 overall and 52-15 at home. The Diamondbacks won today because the Giants continue to be useless, so the lead in the NL West is down to 20 games. The Astros are still playing and are currently 13 games back for the best record in baseball.

The magic number remains at 14.