Brewers 3, Dodgers 2: A series loss for the Dodgers, their first since June 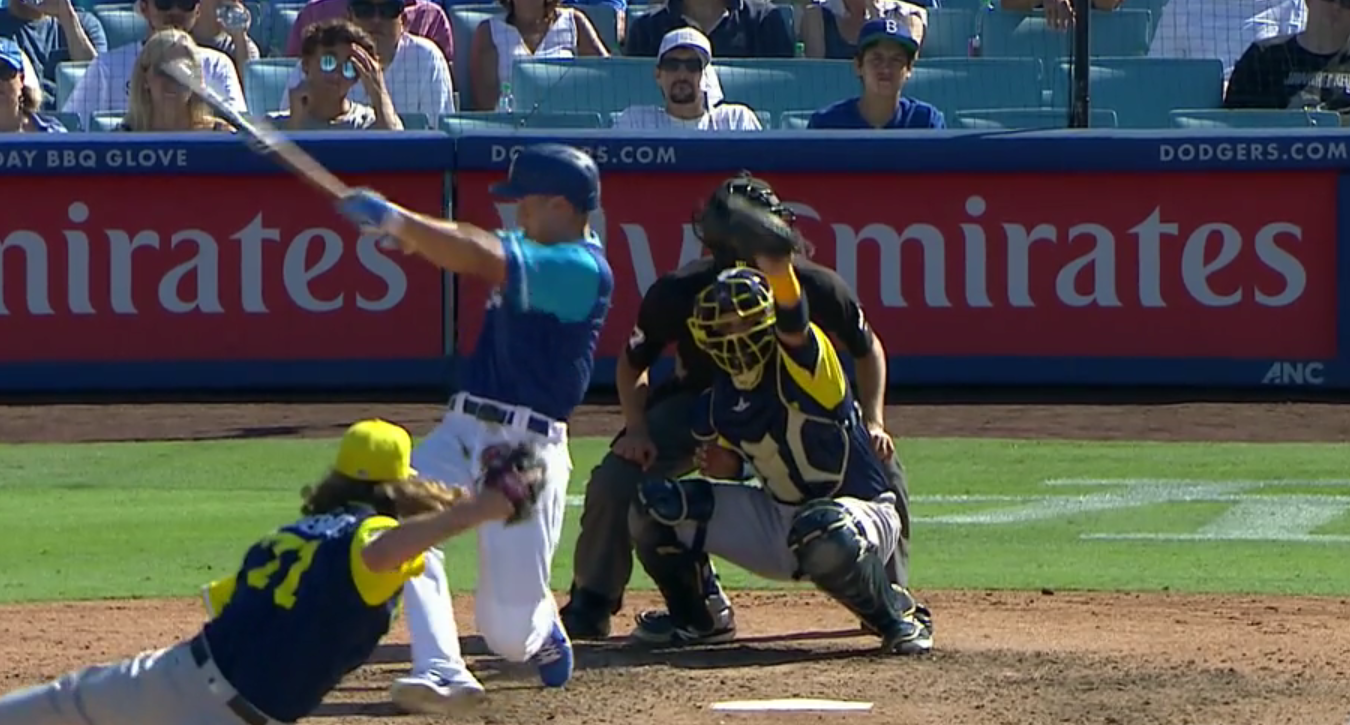 While I understand the recent play has been underwhelming, instead of complaining, it seems appropriate to take in just how ridiculous that is.

Yu Darvish came off the disabled list after skipping a start due to back stiffness and mainly due to the Dodgers needing him 100% come October.

Darvish’s struggles with the first batter of the game continued, as he walked the lead-off man and then gave up a one-out hit-and-run flare single to put runners on the corners. Darvish then seemed to induce a 6-4-3 double play grounder to Corey Seager, but Seager let it go right through his legs for an error and a run.

The other trouble inning for Darvish was the third, when he gave up a one-out solo dinger and then surrendered a walk, double, and single to score another run. However, thanks to Chris Taylor throwing out a would-be run at the plate, the damage was minimized.

Mainly Darvish’s command is what did him in, as he threw 95 pitches in his five innings. He walked three batters and gave up six hits to allow his three runs, but he also struck out seven, so the stuff was certainly still there at least.

The bats continued to cause even sane Dodger fans to sorta panic for the first time since like May, as they were no-hit through five innings by Jimmy Nelson. Just when maximum fandom mess was about to ensue, the Dodgers thankfully put together a rally in the sixth.

With one out, Chase Utley singled sharply up the middle and he advanced to second on a ground out. Seager followed with a two-out single to left center that scored a run, and an error allowed him to move to second.

After moving to third on a wild pitch, Seager scored on a routine fly ball to right by Justin Turner that was lost in the sun for a “double”, cutting the lead to one.

Unfortunately, that effort was for naught, as the offense managed just four hits and three walks in the game. That’s less than ideal.

The magic number to clinch the NL West obviously remains at 14.