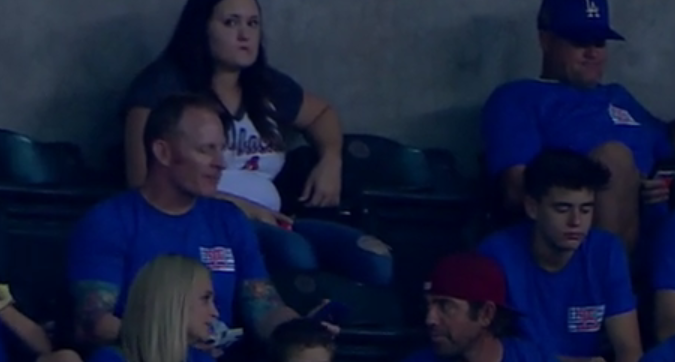 The Dodgers have now dropped three games in a row after today’s 7-6 loss to the division rival Diamondbacks. The bats did well for once … Rich Hill did not.

Still, it’s hard to look at this series as a playoff preview given that two of the Dodgers best position players are out and none of their top three starters are pitching this series.

After Hill took a perfect game into the ninth and a no-hitter into the tenth in his last outing, Hill got the dramatics out of the way early today. Hill allowed a single to the first batter he faced, then allowed five more hits in the inning (including a homer) to plate five runs and basically take the Dodgers out of it early.

The Diamondbacks scored another run off Hill in the fourth, and he was removed after 70 pitches. Hill struck out four in 3.2 innings, but surrendered a whopping eight hits and a walk in his start, giving up a total of six runs. 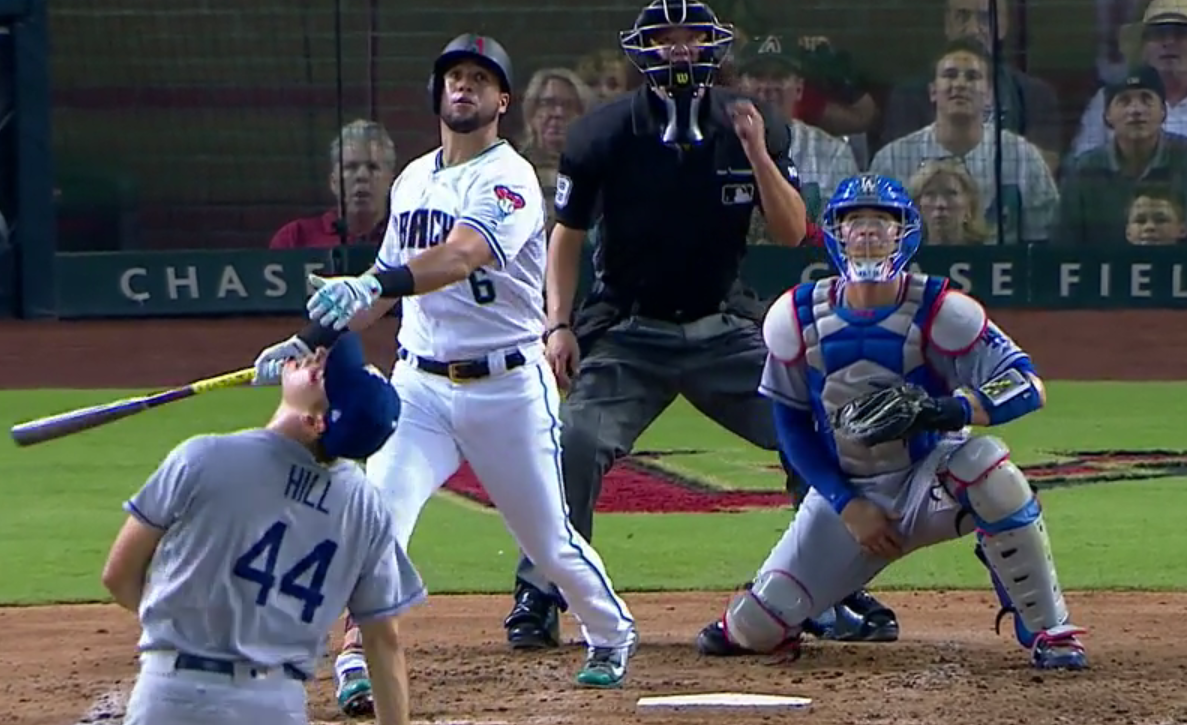 Ross Stripling entered in relief, and gave up only one hit in his 1.1 innings while striking out two … unfortunately that hit was a solo homer.

In the second, the Dodgers got on the board behind a solo homer by the red-hot Yasiel Puig, his 24th of the season.

The offense then rallied for a crooked number in the third, with Hill reaching on a bunt single and Chris Taylor following that with a two-run missile to center for his 18th homer.

After a Justin Turner double, Yasmani Grandal followed with a lined single into right-center field to score a run.

This was something he definitely meant to do.

When you definitely meant to hit an line single into right center. pic.twitter.com/bYd1Rp5PXa

The bullpen managed to keep the scoreline intact from there. Edward Paredes took the mound in the sixth and continued to look quality from the left side, striking out two in a 1-2-3 inning and probably earning a more serious postseason roster look. Josh Ravin followed in the seventh and eighth, getting five consecutive outs before giving up a triple and being removed for Tony Cingrani. Cingrani ended up notching a strikeout to end the threat.

After going on hiatus following the third inning, the Dodger bats came alive again in the eighth, with Adrian Gonzalez smashing an RBI double to right in order to cut the lead to two.

In the ninth, the Dodgers got the Fernando Rodney experience. After just missing a double on a ball that was ruled foul (I maintain it was fair), Chase Utley then made it not matter by slashing a double down the left-field line. After Utley advanced to third on a wild pitch, pinch-hitting Corey Seager grounded out weakly to third for the first out of the frame. Taylor thankfully got him home with an infield single to cut the lead to one.

Unfortunately, Curtis Granderson then struck out on a 3-2 pitch after having the zone expanded on him high and low arguably three times in the plate appearance. After JT got hit by a pitch to put the go-ahead run on, it was down to Grandal. He worked the count to 3-2 as well, but ended up falling short of clutch, grounding out weakly to third to end the game.

The Dodgers and Diamondbacks do this again tomorrow at 3:40 PM HST/6:40 PM PST/9:40 PM EST with Hyun-Jin Ryu facing off against Robbie Ray.