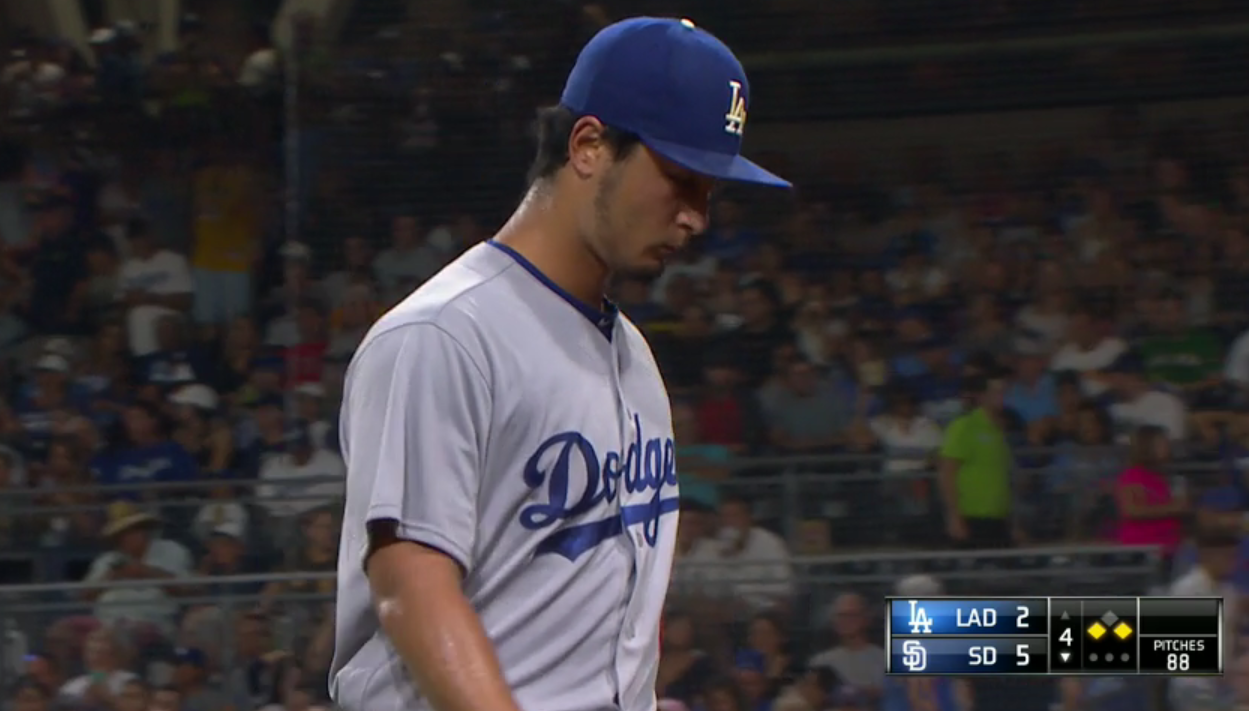 With the starting rotation back to normal, there was hope of a sense of normalcy, but that definitely didn’t happen today.

Yu Darvish was supposed to get a refinement type of start today against a Padres lineup that was unimpressive to say the least. Instead, Darvish got knocked out early, laboring through 88 pitches over three innings and giving up five runs on eight hits and three walks. While Darvish did strike out five and his stuff looked generally fine, his command was definitely still a work in progress and it contributed to his struggles.

Aside from a homer, the hits he allowed were two bloop doubles (a bloop single misplayed into a double & a squibber down the line), four ground ball singles, and a bunt single. So it wasn’t like Darvish was shelled, as some bounces didn’t go his way, but he definitely didn’t help himself and put himself in the situations he was in. Whatever he’s been working on mechanically needs to take sooner than later.

After Darvish was removed in the fourth following a walk and a single to put runners on the corners, he was saved further embarrassment by a pair of rookies. Edward Paredes struck out the only two batters he faced, and Fabio Castillo struck out the first batter he faced while making his MLB debut to escape the frame. Castillo followed that by getting a 1-2-3 fifth inning as well, making a quality impression.

Luis Avilan followed with a scoreless sixth inning of his own, though in addition to a strikeout, he also walked a batter. Brandon Morrow then entered for the seventh and he also struggled, walking two batters and giving up three hits en route to allowing two runs. Morrow only got one out, so Tony Watson relieved him and ended up getting four outs, two of which were strikeouts, in order to escape trouble. Finally, Ross Stripling was brought in to record the last out of the eighth (on a strikeout).

The bats started fast again, with Curtis Granderson getting on in the first with a single, then being driven in by a double from Justin Turner.

Then in the third, a two-out rally of sorts netted another run. JT drew a walk and advanced to third on two wild pitches, then was driven in by an Adrian Gonzalez single back up the box.

Generally though, the bats went silent again, getting shutout over the final six innings.