Despite poor play, the Dodgers are going to be fine 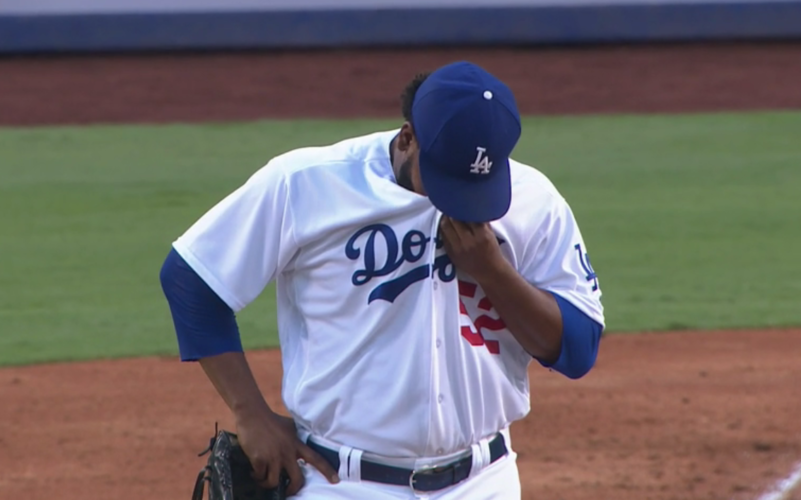 Life is a “What have you done for me lately?” game. Baseball is a microcosm of life, and what the Dodgers have done lately has been bad, but that doesn’t nullify what happened from the end of April until the end of August.

The Dodgers were incredible for four months. They bested the 42-8 streak from 2013 we remember so fondly. They had three winning streaks of 9, 10, and 11 games. They lost three (!) games in July. They’ve had baseball’s best pitching. They’ve had an offense that averaged five runs per game. But this recent string of losing has caused people to develop selective amnesia. Funny how that works.

Here are some undisputed facts:

Despite all that, people still want to panic and claim the season is lost. I get it. It’s been 29 years without a World Series berth, and there has been incredible heartbreak in recent postseason runs. The Giants winning three World Series titles this decade has also complicated matters.

But it isn’t like they haven’t been competitive during this poor stretch. They’ve lost three games by one run, five games by two runs and have really only been blown out twice. Even in their 13-0 loss on Monday, they were only down 2-0 after six innings and only because Rich Hill made one bad pitch. I know you don’t believe me, but things are going to be OK. It’s impossible for the Dodgers to continue to play this poorly.

Here are the World Series winners since 2010 and their September/October records:

The Royals were the only team to play sub-.500 ball to end the season to win the championship. They were 11-17 in September and 4-0 in October before the postseason started. The 2014 Giants were just one game better, while the other teams were firing on all cylinders. But momentum is generally a meaningless concept developed by fans, pundits and broadcasters.

Something none of those championship teams did was build as big a lead as the Dodgers did this season. None of those teams dominated for months at a time like the Dodgers did. They once led their division by 21 games and had a 16-game lead on the Astros for the best record in baseball. That’s remarkable.

Remember when the Brewers came to Dodger Stadium and took two of three from LA?

#Brewers lose 7-1 and get swept in three-game series by last-place Cincinnati. Damaging blow to their playoff hopes.

Baseball. That’s all you have to say to explain anything in this game that doesn’t make sense, because most of the time, it works. The Brewers beat the best team in baseball on the road two of three times but couldn’t beat the seventh-worst team in baseball, and now they’re three games behind the struggling Rockies with 22 games to play. Tom Haudricourt (one of the best MLB beat writers in the game) said this is a “damaging blow to their playoff hopes,” yet there are folks out there who are legitimately worried the Diamondbacks are going to make up the 11 1/2-game deficit they currently hold.

I don’t think being 2 1/2 (Wild Card 2) and 4 1/2 (NL Central) games out of a playoff spot with 22 to play is insurmountable for a talented team like Milwaukee. Being 11 1/2 out with 24 games to play is. It would take the Dodgers continuing to play .167 ball this month (after playing .716 ball before the slump) and Arizona continuing to play at its ridiculous pace. It’s just not going to happen. The Dodgers will win more than 3.8 games the rest of the season, and even if they didn’t, the D-backs would still be hard-pressed to catch them in the division.

With 23 games remaining, the Dodgers are 1-6 in September. The Dodgers might finish the month at .500, which would make all this handwringing even more pointless than it already is.

Yes, it’d be great if the Dodgers started winning again. Winning is always better than losing. And it’s OK to be frustrated and/or annoyed at the way this team is playing right now. It won’t fly in October, but the calendar still says September.

I don’t particularly care about momentum or “giving the D-backs confidence,” because I don’t believe in those things. I do believe in making sure the team is as close to 100 percent as is humanly possible. That is the most important thing. The all-time wins record was never a driving force for this team/org. The all-time franchise record wins record probably isn’t, either. Having the best record in baseball might (to have home field advantage throughout the playoffs), but health has always been the No. 1 concern.

None of this matters too much. Yes, the Dodgers haven’t clinched yet. But I’m willing to bet there will be some combination of 13 Dodger wins/D-backs losses over the last three weeks of the season to clinch the division.

The same folks who were planning the parade in Downtown Los Angeles are now having to be talked off the roof of the U.S. Bank Tower. Sports fandom is a hell of a thing. There would be much more reason for concern if the Dodgers hadn’t shown the ability to play baseball better than any other team this season. There’d be more concern if they didn’t have some of the best talent and deepest team in the game.

The Dodgers, despite their recent run, are still baseball’s best. They haven’t shown it lately, but two weeks of poor baseball cannot erase 4-plus months of historic baseball. It doesn’t work that way. There are some reasons to be concerned (Chad will have an article about that soon), but not enough to have people as manic and panicked as they are right now.

In a month, I’m sure we’ll all be laughing about this.

Dustin Nosler began writing about the Dodgers in July 2009 at his blog, Feelin' Kinda Blue. He co-hosted a weekly podcast with Jared Massey called Dugout Blues. He was a contributor/editor at The Hardball Times and True Blue LA. He graduated from California State University, Sacramento, with his bachelor’s degree in journalism and a minor in digital media. While at CSUS, he worked for the student-run newspaper The State Hornet for three years, culminating with a 1-year term as editor-in-chief. He resides in Stockton, Calif.
@DustinNosler
Previous D-backs 3, Dodgers 1: Your baseball is bad and you should feel bad
Next Rockies @ Dodgers September 7, 2017: Kershaw in familiar role as stopper