Rockies 5, Dodgers 4: Yu Darvish has another disaster for 8 losses in a row 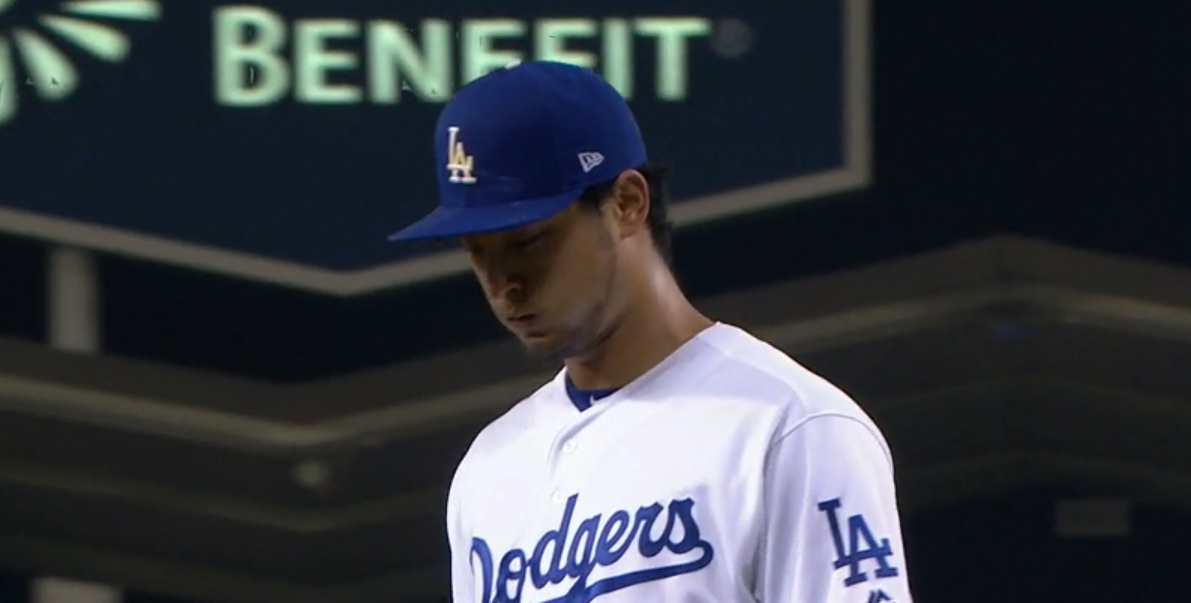 The nightmare continued tonight for the Dodgers, as their 5-4 loss to the Rockies means they’ve now dropped 13 of their last 14 and an amazing eight in a row. Even a really bad team would have to be unlucky to lose at that rate, so for this really good team to do it is certainly an accomplishment in a way.

Yu Darvish had his fourth consecutive struggle start, lasting just 4.1 innings and surrendering five runs. Darvish struck out six batters, but allowed five hits (all for extra bases) and walked two, generally still struggling with his command. Perhaps the only reason it wasn’t worse was thanks to Austin Barnes stealing a bunch of strikes for him.

After giving up a solo homer to Carlos Gonzalez in the first inning, Darvish quickly settled down and put up three scoreless innings and looked like he was beginning to settle in. Then the fifth inning happened, which means four doubles and a walk happened, which led to four runs. Granted, three of the four doubles were more bloopers that fell in than crushed off the wall, but contact happens when you get behind in the count.

Darvish only got one out in the frame before being relieved by Tony Watson, who came in and got a strikeout and a ground out (with an intentional walk sandwiched between) to escape further humiliation for Darvish.

Offensively for the Dodgers, a miracle occurred in the form of four runs in the first inning. After Curtis Granderson singled to start the game, Justin Turner put the good guys on the board with a two-run shot to left.

Cody Bellinger got things started again after reaching on an error, advancing to second on a wild pitch, and eventually reaching third. Joc Pederson walked and stole second, which put two men in scoring position, and Barnes cashed them both in with a two-out two-run single to right.

The bats proceeded to squander scoring chances in the fourth (2nd/3rd, 1 out) and sixth (2nd, 0 outs), which is not something a struggling team can afford to do.

The bullpen managed to do their job, at least. Pedro Baez relieved Watson in the sixth and struck out the side, though he did walk a batter. Tony Cingrani continued his resurgence with a 1-2-3 inning that included two strikeouts, and Ross Stripling allowed just a hit in his scoreless frame. Josh Fields then got the ninth in 1-2-3 fashion with two strikeouts.

Still, it didn’t matter because despite getting seven hits and drawing six walks, the Dodgers couldn’t scratch together anything after the first. Getting shutout for eight innings is still a remarkably terrible accomplishment for a team with hitters of this caliber.

92-49 overall and 52-21 at Dodger Stadium. This kinda blows. The Diamondbacks did lose tonight, which means the NL West lead is still 10 games and the magic number is down to 12, but bleh. The Nationals won, however, which means the lead for the best record in baseball is all the way down to five games, and it’s definitely worth worrying about that.