Why care what the Dodgers are saying publicly about this losing streak? 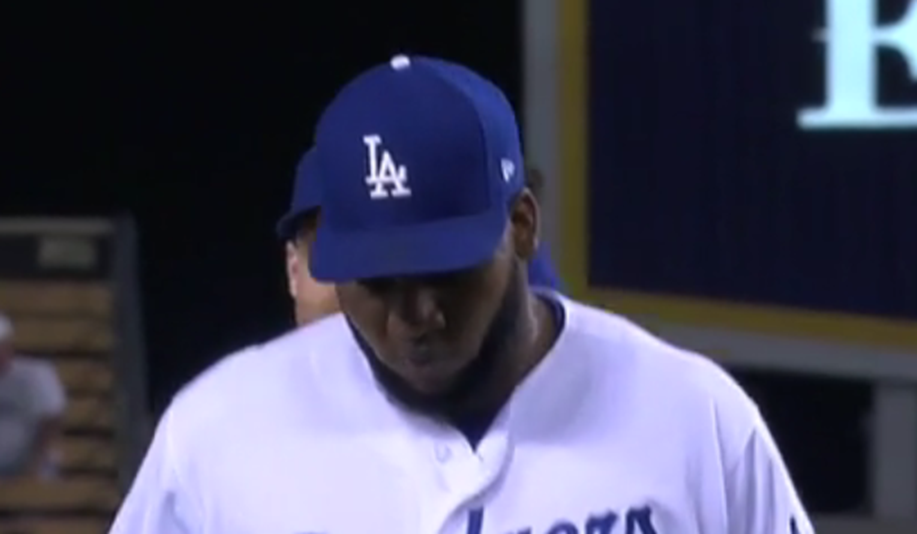 The Dodgers already have more wins than last year. The Dodgers have lost 10 games in a row and 15 of the last 16 games. Baseball is truly bizarre and this Dodgers season is a prime example of that.

It’s maddening and some have basically gone mad, somehow focusing intensely on quotes given to the press by Dave Roberts as evidence that he’s the cause of the problems and not, well, this:

And that doesn’t even mention the 6.41 ERA of the bullpen in September.

More Dave Roberts from this weekend: “It’s baseball. It’s tough to be really good all the time. It’s not easy.”

Ain't that the truth.

…players like Clayton Kershaw and Justin Turner have come out recently to say that everything is definitely shit right now.

Clayton Kershaw: "It's bad right now. There's no getting around that."

Justin Turner on the Dodgers' woes: "Regardless of what the record says, right now we're the worst team in baseball." pic.twitter.com/EiQMIY0YfA

Fans have predictably lionized this in comparison to what Roberts says, but why? That feeling has been with them for awhile now, but has it changed the results? Has the growing negativity, frustration, and anger from them stopped the losing? No, of course not. It’s all just talk in the end.

People always tell me on social media that they want honest talk that doesn’t sugarcoat things from bloggers like me. I provided that in my own way recently, and I’ll do it again now: Caring about what the manager or players say to the press about this losing streak is idiotic. It doesn’t matter.

From the perspective of the fans, I do understand. Everybody’s pissed, so you want to feel like they are all just as pissed as us, and when they aren’t doing that publicly, people start making up narratives about how they aren’t trying to win or that they don’t care anymore or whatever other guesses.

players: ok
fans: wrong
players: we get mad
fans: get mad different
players: but
fans: here's a list of better ways to be mad

The problem, of course, is that fans don’t know what’s actually going on. Like before yesterday, many Dodger fans were upset about no team meeting going down in the midst of all this mess. Then Chris Taylor spilled that they’ve already had multiple team meetings.

Oh wow, shocker that they care.

It’s honestly incomprehensible to me that anybody would believe that a team full of players who do not have a World Series ring and who were on the brink of a potentially historic season just one day gave up and stopped trying. Like just fucking think about it for a second. Seriously.

Most importantly, maybe think about why Roberts isn’t throwing his players under the bus, and why Kershaw and Turner should indeed be the ones criticizing publicly. Kershaw and Turner are leaders in the clubhouse, and they should be the ones criticizing their peers to the press. If Roberts ripped them all in the press, it would come off like throwing them under the bus, as if it wasn’t his fault that they all suck.

Dave Roberts: "We're going to win the division. I can assure you of that."

The other day, fans were livid at Roberts for defending Pedro Baez against boos before he even threw a pitch, but that’s exactly what he should be doing even if I feel like Baez is a replacement-level dumpster fire right now.

Here is the full quote from Dave Roberts re: Pedro Baez being booed onto the field at Dodger Stadium: pic.twitter.com/RiYM6yYZfi

It’s bizarre to me that the same people who talk about others being stat nerds and not understanding the game and what not don’t seem to understand what Roberts is doing with stuff like this. Those people have unending speculation on what will cause Roberts to lose the clubhouse, but apparently never stop to think that him caping for them when things aren’t going right and in disastrous situations like this is exactly what allows his players to trust him and gives him the room to make risky or unconventional decisions with no internal backlash because players know he won’t be trashing them if things go wrong.

“I said what I said in support of not only Pedro but our guys, and just my thoughts on how home players should be received at home,” Roberts said Saturday.

Now if Roberts ripped Baez and the team publicly for not performing, would it be true? Most likely, but it would also be incredibly stupid to risk throwing away everything he’s built in the clubhouse just to get mad for the sake of it and kick the players while they’re down. Don’t believe me? Then don’t, take the word of Angels’ great Tim Salmon instead.

Roberts has said he has not detected players slacking off in effort or preparation, so there is no need to rage over results. “Just to show anger you’re losing?” Salmon said. “Yeah, it’s frustrating. But players see through it if it’s eye-wash. “If complacency is being seen, or apathy, or they’re wasting their at-bats, or they’re cruising, those are scenarios that prompt that kind of stuff. If they’re not seeing that, anything just to get angry can be seen through, and maybe backfire on you.” Salmon’s advice to the Dodgers: “It’s very rare that you can play six straight months of perfect baseball. You’re having a slide right now, but two weeks turns pretty quickly. That’s the assurance I’d be giving my teammates right now. I wouldn’t worry or panic or look in the rear-view mirror.”

The comments on Joc Pederson's Insta are something else pic.twitter.com/n6RHnhgRRw

Losing is always terrible, and I don’t need to hear it from the Dodgers to know it’s terrible. I couldn’t care less if the manager or players rant in front of cameras, as it certainly wouldn’t make me feel better since I feel like it’s common sense that they care and want to win just like I care and want them to win.

In better times, it’s a running joke that taking quotes from Dodgers management at face value is foolish, so it’s a bit odd to see fans get so incensed that now they aren’t saying exactly what they want about these struggles, even if what they want from them could have actual damaging consequences for the Dodgers as a cohesive unit.

I dunno man, others can obsess over pre-game and post-game perfunctory media quotes, but all I care about is whether they get it done on the field. No amount of “fired up” or “pissed off” or “like oh my god totally cool” quotables is gonna change the tides, so what’s the point in hand-wringing over all that mess? The Dodgers need to do exactly what they’re been saying they need to do, which is take their lumps as a team and simply find a way to play better baseball.