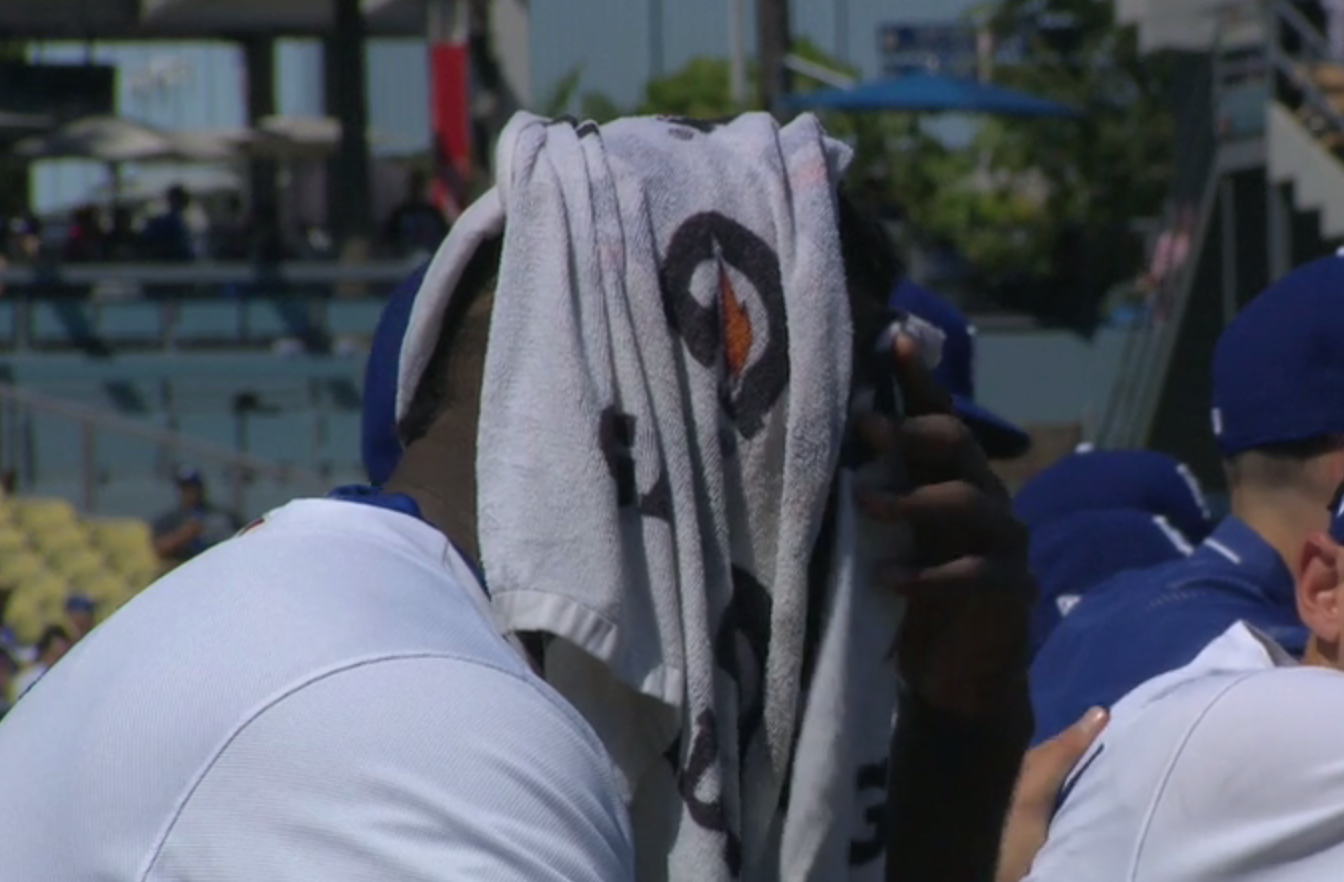 The Dodgers lost 8-1 to the Rockies this afternoon, and this doesn’t matter because does anything matter, you know?
Yes, they’ve lost 15 of their last 16 games and have dropped 10 in a row, but what if this is virtual reality torture? What about that, huh?

Seriously though, Rich Hill actually continues to look like the ace of the rotation by giving up two runs over five innings, which is telling in itself. Hill allowed just four hits and a walk, striking out five batters.

Josh Fields relieved Hill in the sixth, getting two outs and giving up a double, then was relieved by Luis Avilan. Avilan got out of the minor trouble left by Fields and then got a 1-2-3 seventh inning as well. That setup Walker Buehler for the eighth, which is basically the only thing worth watching for nowadays. Buehler gave up a bloop single to center on a quality pitch, then surrendered a walk that was … well, bullshit.

In trouble, Buehler then bounced back with a strikeout on a nice curve.

However, he issued a (legitimate) walk to load the bases, then fell behind and surrendered a grand slam to end his outing and the game. Tony Cingrani relieved him and gave up a ground-ball single and allowed the runner to second on a wild pitch. After a strikeout, Cingrani surrendered another ground-ball single to plate the run before notching another strikeout to get out of the inning. Wilmer Font got the ninth, striking out a batter but giving up a run on a homer.

Didn’t matter, as the bats were lifeless yet again, getting just seven singles, one homer (Alex Verdugo‘s first of his career in the ninth), and three walks. They left runners in scoring position in the first (1st/2nd, 1 out), second (1st/2nd, 1 out), and third (1st/2nd, 2 outs), then didn’t threaten basically the rest of the way until the ninth when they stranded runners on first and second with nobody out.

92-51 for 2017 and 52-23 at Chavez Ravine. The Diamondbacks won, so the NL West lead is now down to nine games and the magic number remains at 11. The Nationals also won, so the lead for the best record in baseball is down to four games.

"A highly rational Internet troll." - Los Angeles Times
@ChadMoriyama
Previous Rockies @ Dodgers September 10, 2017: Hill to avoid an 0-7 homestand
Next Why care what the Dodgers are saying publicly about this losing streak?