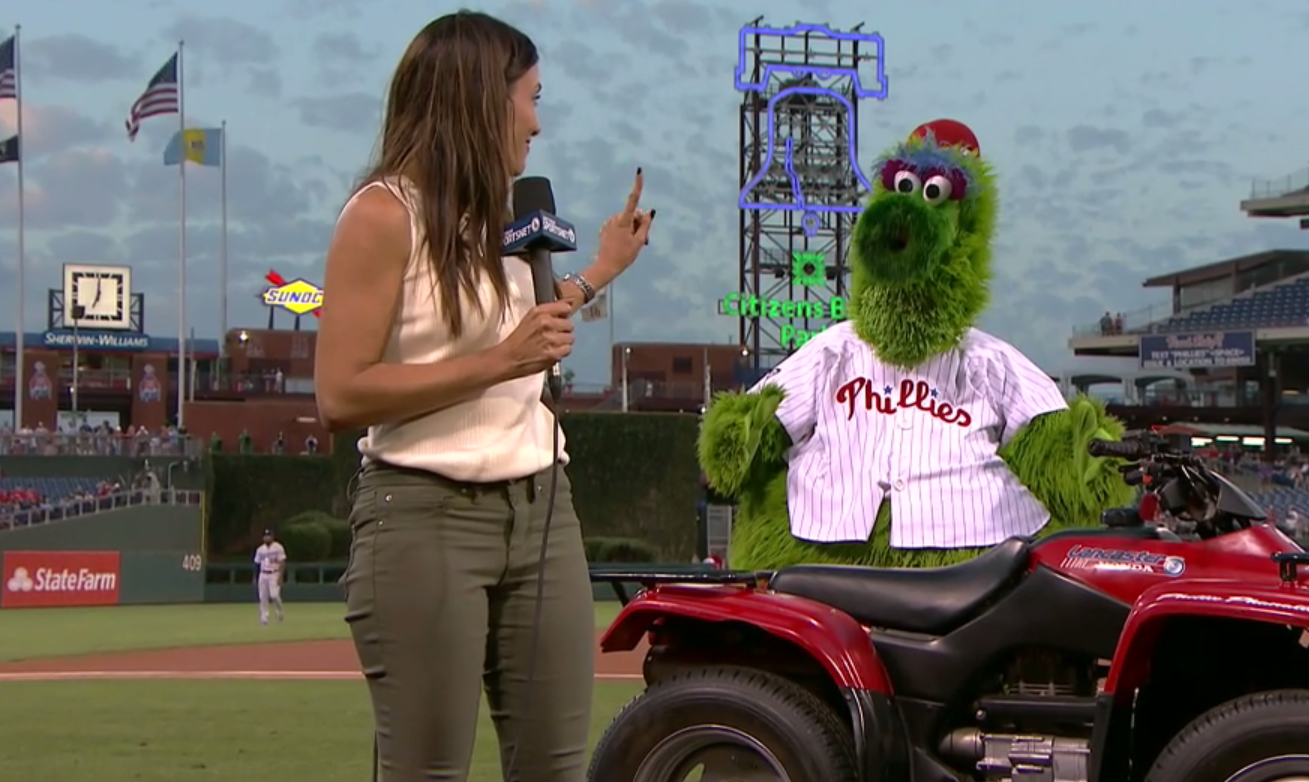 After the Dodgers had their winning streak snapped last night, the Dodgers dropped their second straight tonight, this time against the Phillies, 4-3. The Dodgers have the best record in baseball and started Clayton Kershaw, but it was no match for the second-worst team in baseball, I guess.

There was nothing wrong with Kershaw’s stuff tonight, but his command was all over the place, bouncing everything from fastballs to sliders. However, he still shut the Phillies out for the first five innings, thanks in part to defense like this from Justin Turner.

Still, his night was over after six innings, mainly due to the grand slam he gave up, which is not great. Kershaw issued two walks and gave up a bloop single in the frame before surrendering a towering homer to left. He ended up with six strikeouts in six innings, giving up just four hits and two walks, but they came at the wrong time and it costed him dearly.

Clayton Kershaw had never given up a grand slam before.

In support of Kershaw, the Dodgers got off to a quick start in the first, with an inside-the-park homer from Chris Taylor followed by an over-the-fence homer by Turner. The homers were CT3’s 20th and JT’s 21st of the year.

It seemed like it would be a big day for the bats, but the offense was then shutout until the ninth, generating just two singles and four walks after the first two batters before Curtis Granderson‘s late dong in the final frame.

Luis Avilan and Tony Cingrani looked good out of the bullpen at least, both of them notching 1-2-3 frames in the seventh and eighth with two strikeouts each.

While Kershaw should be better than this and usually is, the concern has to be the offensive showing. The eighth inning in particular was frustrating, as they were primed for a big inning with the top of the order up. CT3 drew a walk to start the frame, then JT got to a 3-0 count and it seemed like the comeback was on. However, JT fouled off the 3-0 pitch then missed the 3-1 pitch and flew out lazily to right. Cody Bellinger put the first pitch he saw in play with a weak grounder to second and Yasiel Puig hit a bouncer to third while also using the first pitch. Terrible, honestly.

96-53 in 2017 for the Dodgers, and they’re 44-31 while not at Dodger Stadium. The Diamondbacks play later today, so the lead in the NL West is down to nine games and the magic number still sits at four. The Indians are idle, so the best record in baseball lead is down to three games.

The Dodgers and Phillies do this again tomorrow at 1:05 PM HST/4:05 PM PST/7:05 PM EST. Yu Darvish takes the mound against Aaron Nola, which figures to be an intriguing matchup.