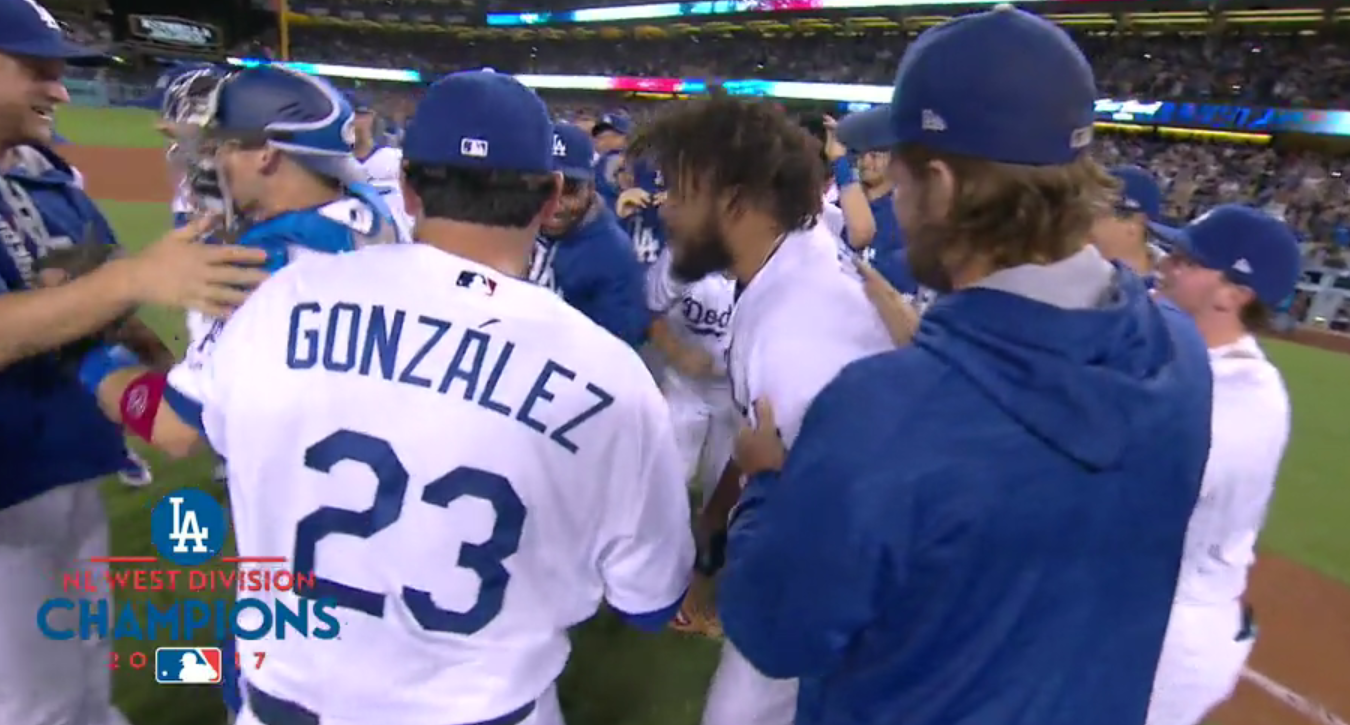 After snapping their four-game losing streak yesterday, the Dodgers are hopefully getting back on track with a 4-2 win today to start the series against the rival Giants.

Most importantly, there’s no need to worry about the NL West any more, as the Dodgers have clinched the division title for the fifth year in a row.

You know Rich Hill is feeling it when he’s messing with arm angles and what not, and today was definitely one of those days when he had it working. Hill went six innings, surrendering just five singles and a walk, being rather unlucky to allow the run that he did. Rich struck out nine Giants hitters, and looks ready for the postseason.

After Jeff Samardzija pitched two perfect innings to start the game, the bottom of the order jolted the Dodgers alive in the third. Logan Forsythe smacked a one-out double down the line in left, and The Rakeman followed him with a double of his own to left-center to score a run.

I’m sorry for the meme, but I love this meme.

With two down, Corey Seager walked, setting up Cody Bellinger to smash his 39th homer of the year into right to score three.

It was some kind of record, I hear.

Thing is, the bats didn’t actually do much today, notching just five hits and three walks. However, runs are all that matter in the end.

Tony Watson got the seventh inning, surrendering a walk and a single that took a weird hop on Cody at first, but keeping the Giants off the board. Josh Fields was tasked with the eighth, as the Dodgers presumably continue to look for their third-best right-handed relief option. Fields faced the heart of the Giants order, allowing just a single in a scoreless frame.

Kenley Jansen was then appropriately brought in to close it all out. Jansen promptly gave up a homer to start the inning to Pablo Sandoval of all people, who still has an OPS below .600. Of course, he rebounded to strikeout the side to end it.

We’re now at 98-56 on the season and 53-23 with home cooking. Hey, no update needed on the NL West or the magic number, because the Dodgers have clinched. The Indians lost today, putting them two games back of the best record in baseball.