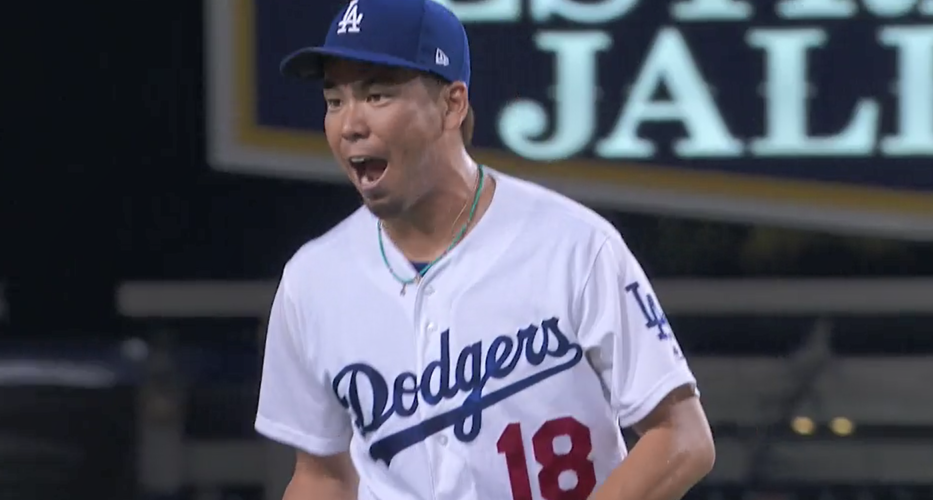 Here’s the second (and probably final) prediction for the Dodgers’ NLDS roster against Arizona, Colorado, Milwaukee or St. Louis. The Diamondbacks are the scariest team, but I don’t think the Dodgers are afraid of any of their potential playoff opponents.

There have been a couple of changes, as you’ll see below. But first, let’s take into account matchups and numbers. It breaks down like this:

No world beaters, but we all know the Diamondbacks have a potent lineup with Paul Goldschmidt and J.D. Martinez. However, they’ve also struggled a lot against southpaws. The Cardinals are solid against both-handed pitching, while the Rockies have had mixed results against lefties. The Brewers are, easily, the 4th-best offensive team the Dodgers could potentially face in the first round.

With the Dodgers’ ability to throw three left-handed starters and have 3-4 left-handers out of the bullpen, combined with the likely opponent being the Diamondbacks, they very well might end up taking six left-handed pitchers.

My first prediction was generally fine. There hasn’t been much that has changed because, well, most of the decisions aren’t that difficult.

Still think Maeda gets in, as his stuff is more likely to play better out of the bullpen than Ryu and/or McCarthy’s. Also, Ryu’s injured forearm almost takes him out of the running for the Division Series. Stewart has three innings of work since Sept. 15, so it’s safe to say he’s out. Buehler and Cingrani are making late pushes after Pedro Baez (who isn’t even mentioned above) and Stripling have struggled recently.

Fields still gets one of the spots because he has short-relief experience and good stuff. His home run numbers are inflated mostly due to a poor June. Cingrani has pitched well enough of late that I think he has earned a spot on the NLDS roster. So, this comes down to Buehler vs. Stripling.

Buehler’s stuff is about as good as it gets, but putting him into an unfamiliar role like short relief in the postseason isn’t the best idea. On track record, Stripling has the edge, but his long ball struggles have given me pause. With 12 pitchers, though, the Dodgers could bet on the potential Buehler has over the steadiness Stripling provides. Even if Buehler throws a third of an inning, an inning or two innings, his strikeout stuff is undeniable. In a short series, the need for multiple multi-inning relievers is less necessary. Also, Watson’s success against righties (.256 wOBA against RHH w/ LA) makes it easier to leave Stripling off and take a flyer on Buehler for the NLDS.

Granderson and Hernandez are out because I moved them up. I also removed Rob Segedin and Alex Verdugo, as they have almost no shot. They’d have zero shot if they hit left-handed. That means it comes down to Ethier, Farmer, Gonzalez and Pederson for two spots. Ethier seems to have played his way into a postseason role, so he’s in. Now it comes down to whether you want the grizzled veteran in Gonzalez, the young center fielder with power in Pederson or the untested third catcher that would free up Barnes to be used more liberally. Knowing this front office, it’s going to err on the side of flexibility and utility, which gives Farmer the overall edge. Gonzalez and Pederson are too similar (left-handed hitters, easily neutralized by LHP — which both the D’backs and Rockies have plenty of) to take over a guy like Ethier or a guy like Farmer, who gives the team more versatility.

Grandal appears to have reclaimed the starting job against righties (not that he ever really lost it). That still gives Barnes starts against lefties and the chance to use him as a pinch-hitter (9-for-31) and/or at second base. The rest of the lineups are pretty standard.

If the Dodgers decide on 14 position players and 11 pitchers, I could see Buehler getting the boot and either Pederson or Gonzalez taking his spot. You could literally flip a coin to make this decision. Memories of Gonzalez’s clutch hit off Aroldis Chapman in Game 1 of the 2016 NLCS come to mind. Memories of Pederson’s home run off Max Scherzer in Game 5 of the NLDS come to mind. Both have a legitimate claim to that spot (should it become available), but I think it comes down to versatility and health. I’d probably opt for Pederson because he’s actually the healthier of the two.

The last 2-3 guys are pretty interchangeable, so it wouldn’t surprise me to see a different version of this be the actual roster.

Dustin Nosler began writing about the Dodgers in July 2009 at his blog, Feelin' Kinda Blue. He co-hosted a weekly podcast with Jared Massey called Dugout Blues. He was a contributor/editor at The Hardball Times and True Blue LA. He graduated from California State University, Sacramento, with his bachelor’s degree in journalism and a minor in digital media. While at CSUS, he worked for the student-run newspaper The State Hornet for three years, culminating with a 1-year term as editor-in-chief. He resides in Stockton, Calif.
@DustinNosler
Previous Dodgers 9, Padres 3: Darvish’s gem, Logie Bear’s 4 RBI get Dodgers to 100 wins
Next Padres @ Dodgers September 26, 2017: LA looks to lock up top seed in NL playoffs