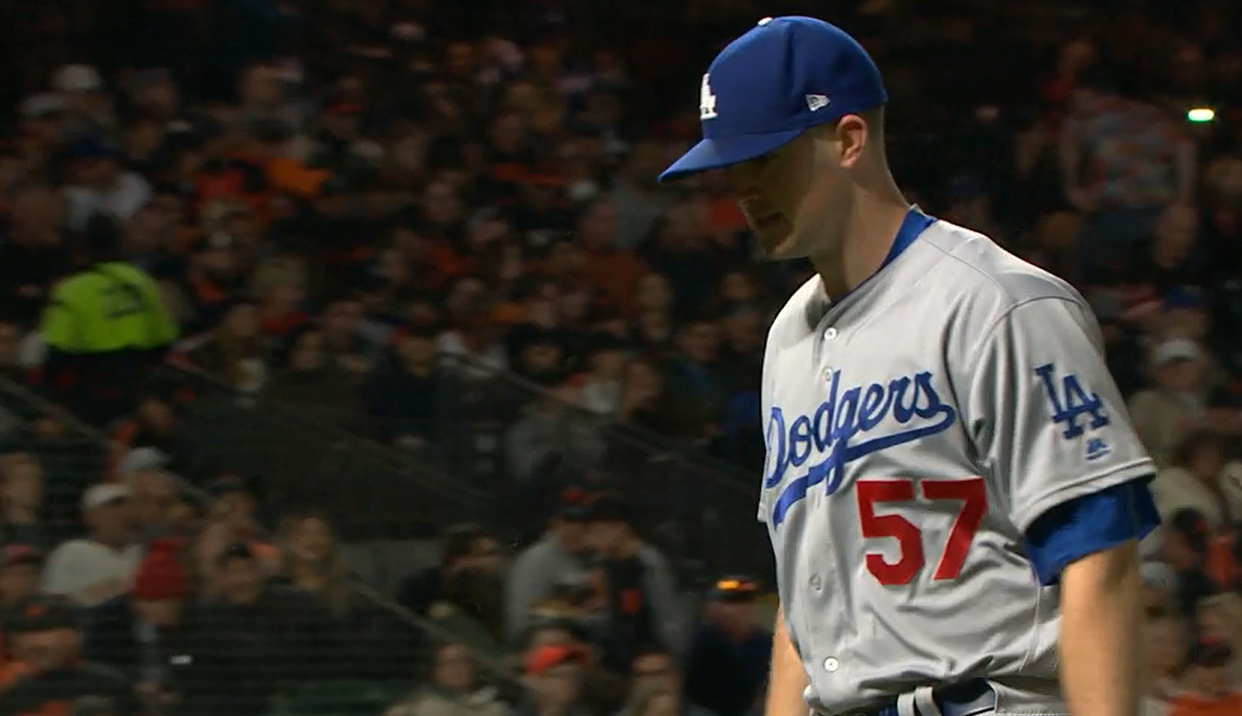 What can be taken away, however, is his spot in the playoff rotation. Basically, there’s the thought that Hyun-Jin Ryu could push Wood to the pen, and that speculation is being fueled by non-committal comments from Dave Roberts.

Roberts plans to meet with Wood in the coming days to discuss his role in the postseason … “He’s definitely pitched well,” Roberts said. “We’re continuing to watch and find a way to win as many games as we can. We’re still not prepared to make a decision.”

Wood, of course, understandably thinks he’s earned a spot, though he also sounds open to whatever happens.

“It’s out of my control, but I expect to start,” Wood said. “I’ve been pretty good all year. I think guys trust me with the ball in my hands, so we’ll see what happens.”

“It is what it is,” Wood said. “I’ve thrown pretty good and would love to start and appreciate the opportunity, it’ll be my fourth time in the postseason. I’m just excited for us to finally get to October and go on from there.”

Based on Wood’s overall body of work in 2017, this suggestion to put him in the pen sounds insane. Compare Wood’s numbers with Ryu’s numbers on the year, and it’s not close enough to worth being a debate.

But when one considers the comparison between their August and September performances, it’s definitely something worth discussing.

Over the past two months, it’s arguable that Ryu has been the superior starter to Wood, and would represent the Dodgers’ best option as the fourth starter in the playoff rotation. When drilling down the sample size further to get more recent, both players have pitched well in their most current few starts as well (Wood: 2.00 ERA/Ryu: 1.38 ERA). While it’s unfair to say Ryu is a better pitcher than Wood, it’s definitely a toss-up in this moment, and the closeness between the choice provides a sort of opportunity for the Dodgers.

Starting Ryu over Wood really has less to do with arguing one over the other and more to do with how to maximize the amount of talent on the playoff roster. As has been well-documented by now, Ryu has had an arduous and miraculous road back from surgeries on his throwing arm, and it now takes him a while to prepare to throw a baseball competitively. This reality would appear to make him a starter or nothing for the Dodgers, and leaving a talent like him off the roster would definitely be a negative. By coincidence, Wood has a history of coming out of the pen and being dominant (Career: 2.52 ERA/2.34 FIP/27.3 K%/7.1 BB%). Thus, if the two are interchangeable right now as starters, it would make sense to put Wood in the pen and use him as a multi-inning relief ace of sorts, something the Dodgers could use.

While much has been made about the struggles of the bullpen of late, the reality is actually quite positive. Kenley Jansen and Brandon Morrow have performed at elite levels all season and that has continued over the last month as well. The surprises at the back-end have been Tony Cingrani (0.90 ERA/1.05 FIP) and Tony Watson (0.87 ERA/2.47 FIP), who have excelled over the last 30 days. The problem then falls in the middle innings should Josh Fields, Luis Avilan, Ross Stripling, Walker Buehler, and whoever else be forced into action. Roberts has smartly shown the willingness to have a quick hook on his starters in the postseason, thus limiting the amount of times hitters see the starter (eating innings is less valuable with the built-in rest days), so those middle innings will likely come into play as well.

So instead of turning to a group of question marks, it would seem ideal to be able to use Kenta Maeda and Wood out of the pen to get a couple innings at max effort instead. Putting Ryu in the rotation over Wood essentially allows the Dodgers to have a pair of tandem starts if necessary, thus appearing to solve the problem of bridging the gap to the back of the pen and doing so with superior talents. If nothing else, the Dodgers are considering going in this direction, which is promising since it seems to make the most sense for the team.