Dodgers 9, Padres 2: A dong explosion gets Dodgers to 101 wins 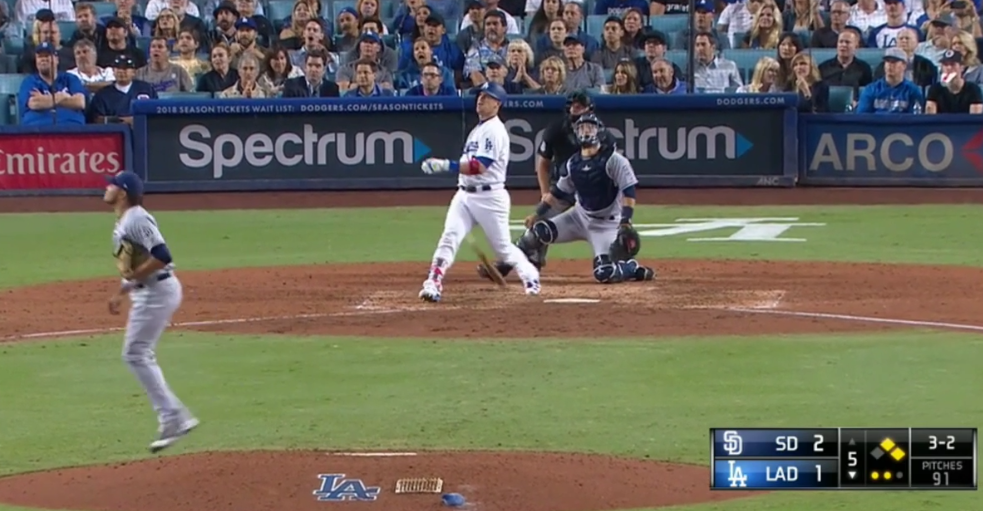 The Dodgers prevailed over the Padres tonight, 9-2, marking their third victory in a row and five of their last six. Good team might still be good.

After back-to-back excellent outings, Alex Wood turned in a bit of a stinker today, despite the line. Wood gave up just two runs in six innings, but both those runs came on homers (even if one was likely the fault of a fan), which has been a problem in the second half. He also surrendered eight hits and a walk, while striking out just one batter.

I wouldn’t say it’s worrisome to the point that you’d take him out of the postseason rotation for sure, but it’s not what you’d like to see from maybe the penultimate start of the season after such recent success.

Still, winning is good, and limiting the damage paid off after the offense continued their march back to normalcy. The Dodgers got on the board in the third after Chase Utley singled and Corey Seager walked to start thing, later advancing to second and third on a deep Justin Turner fly ball to left. Cody Bellinger then plated a run with a ground out to first, with Utley ensuring he wasn’t going to get blocked off the plate.

Chase Utley is probably not going to get blocked off home plate. pic.twitter.com/sH1mgEfomX

The big blow, however, came in the fifth. After JT and Belly drew back-to-back two-out walks, Yasmani Grandal made it pay off with his 22nd homer of the season down the line in right.

The lead was tacked on to in the sixth, after an Enrique Hernandez double was cashed in by a Seager single.

Out of the bullpen, Josh Fields would’ve had an easy 1-2-3 inning with two strikeouts, but Seager botched a throw that would’ve ended the frame. However, he did at least setup this seed from Cody in center after a single.

The bats continued to get insurance in the seventh, thanks to Adrian Gonzalez going oppo for just his third dong of the year.

Then with two out in the frame, Curtis Granderson got a pinch-hit double and Logan Forsythe drew a walk to put two on for Seager. Corey cashed both of them in, as well as himself, with his 21st dinger of the year.

Tony Watson then took over for the eighth, getting three ground outs on just 10 pitches to continue his quality run of form. Brock Stewart was then to close out the win, and he comfortably did just that with a 1-2-3 final inning.

The Enrique show, everybody!