Logan Forsythe’s option exercised, returns to Dodgers in 2018 on $9 million 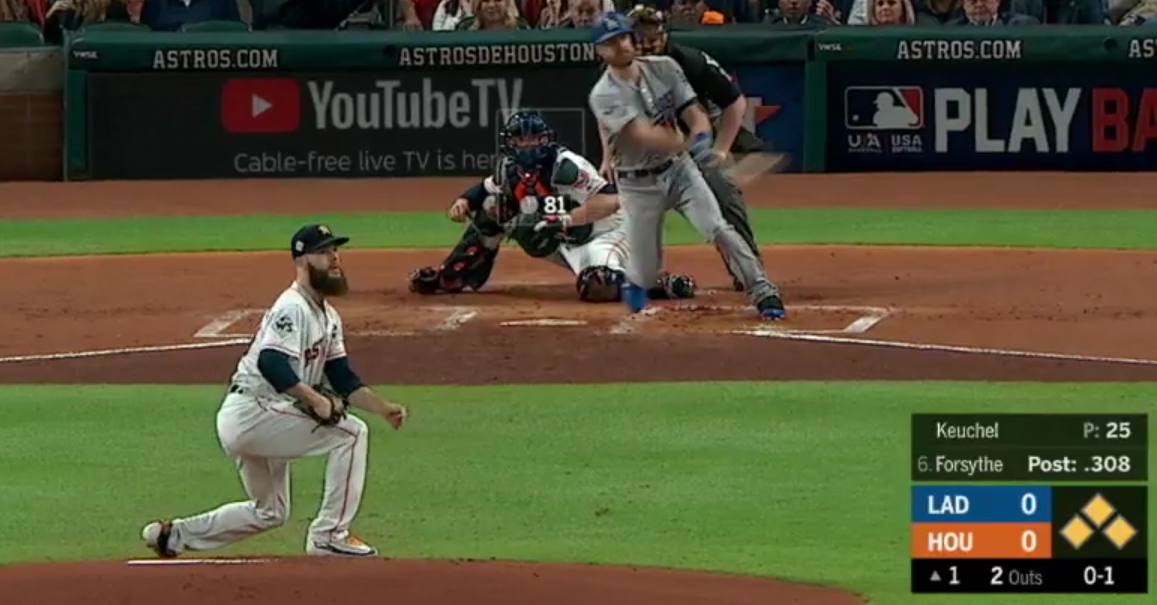 Yesterday the Dodgers exercised Logan Forsythe‘s contract option for 2018, bringing him back to the Dodgers for $9 million. While it’s being reported as $8.5 million everywhere, Forsythe’s option actually increased to $9 million in 2016 after he reached 550 plate appearances.

Acquired in the off-season for Jose De Leon (who threw just 41 innings between four levels in 2017), Forsythe primarily played second and third, but also mixed in some shortstop, first base, and left field. Logie Bear had his worst season since 2014, turning in a .224/.351/.327/.678 line in 439 plate appearances for a fringy 90 wRC+. Not sure if it was the new team or the new league or missing time with a fractured toe and hamstring issues, but Forsythe’s walk rate nearly doubled to 15.7% as he put up a career-high strikeout rate at 24.8%, partially because he became the most passive hitter in the league, swinging at just 32.5% of pitches. By the end of the year, he was basically a platoon option due to his miserable .190/.315/.262/.576 line against RHP but his standout .290/.418/.452/.870 line against lefties.

Despite the struggles with the bat, he managed to be a productive regular behind his defense, which came with positive reviews and continued along solid but unspectacular lines. Forsythe was +9 in DRS and +7 in UZR for the year, and he also passed the eye test, with defense that wasn’t flashy but displaying above-average range and sure hands.

Of course, his playoff performance must be included in this as well, as he hit .297/.435/.351/.786 in 46 postseason plate appearances, walking nine times against just seven strikeouts. But it was less about the fact that he got on base nearly half the time in the playoffs, and more that he was one of the few that showed up in the World Series, collecting big hits in Game 4 and Game 5 to try to compensate for the big guns coming up short.

In the end, Forsythe ended up being about a 2 WAR player, which is short of the 3-4 WAR guy everybody was expecting but hardly a player that was detrimental to the team. That’s especially true when you factor that he more than pulled his weight in the Dodgers quest to end their World Series drought.

Picking up his option was a bit of a no-brainer then, especially with free agent prices the way they are with not much the way of upgrades to be found on the market either. If nothing else, Forsythe should provide a great platoon option with above-average defense, but given his 2015 and 2016 seasons, there’s definitely the potential for him to regain his well above-average regular upside in 2018.