Dodgers among the 7 finalists in the Shohei Ohtani sweepstakes 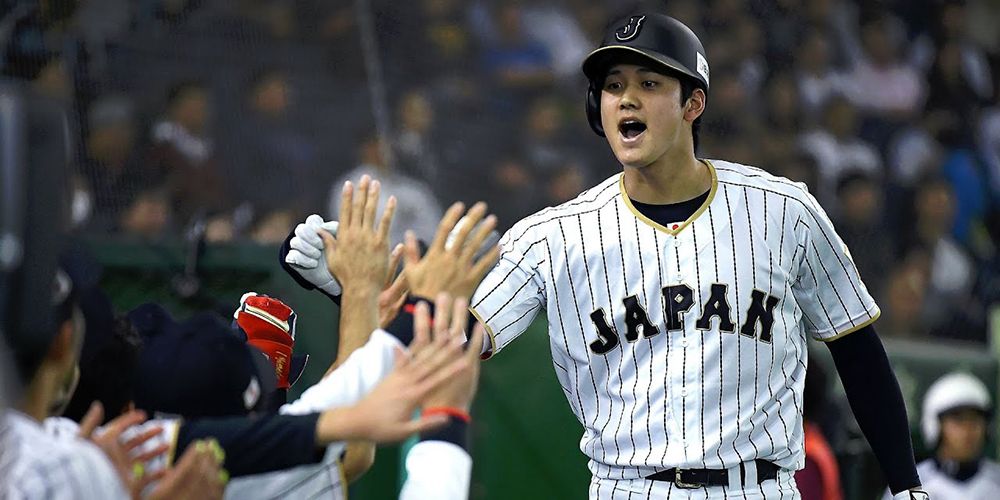 With Shohei Ohtani having been posted on Friday, it didn’t take him long to whittle down the list of prospective teams. On Sunday, word broke that at least half the teams in baseball had been, for lack of a better term, eliminated from acquiring his services.

The seven teams that will meet Ohtani, confirmed to The Athletic from sources: #Dodgers; #Angels; #Padres; #Mariners; #SFGiants; #Rangers; #Cubs. Every other club is out.

The biggest surprise, to some, might be the fact the Padres are finalists for Ohtani’s services. But not this weblogger.

Seems like the Padres are gearing up to go pretty hard in Japan the next few years. Just ahead of Shohei Otani's projected arrival.

Preller attempted to sign #Ohtani as an 18 year old. As did Logan White, while he was with the Dodgers. Preller was instrumental in signing Yu Darvish with Texas. #Padres have his [Ohtani] former trainer, Nomo & Saito in their FO. Connections seem endless.

The biggest reason for the Padres’ involvement is, presumably, Logan White. He was the Dodgers’ vice president of amateur scouting when he went to Japan and tried to sign Ohtani out of high school. Couple that with the information in Koke’s tweet and it’s easy to see why the Padres are serious contenders. Despite averaging 73 wins for the last seven seasons, the Padres do have a bright future, as their farm system is stacked and they have some interesting young talent.

The Mariners also seem to be the Dodgers’ main competition in the Ohtani sweepstakes. He makes perfect sense for them, and they seem to be awfully serious about trying to land the phenom.

Sources: The Seattle Mariners have asked multiple players to clear their schedules from Tuesday through Friday next week to potentially come to Los Angeles for a meeting with Shohei Ohtani.

They also can offer Ohtani $1.2 million more than either the Dodgers or Padres, but odds are $1.2 million won’t be the determining factor in this situation.

The Angels are an interesting team because they have the game’s best player and don’t seem that far away from being a legitimate contender. They can also offer him in the neighborhood of $1-1.5 million as a signing bonus.

The Giants are pesky, but I just don’t see how they will check all the boxes of Ohtani’s questionnaire. If they land Giancarlo Stanton, that might improve their chances at landing Ohtani, but they might lose some key players and/or prospects in that deal. They can offer him $1.835 million.

The Rangers are the team that can offer Ohtani the most ($3.53 million) and have a history with importing players from Nippon Professional Baseball, most notably with Yu Darvish. They also have a solid core and a decent farm system, but they aren’t exactly the preferred West Coast.

The Cubs are also not on the West Coast, but they won the World Series in 2016 and have a strong, young nucleus that is, admittedly, a little short on up-and-coming prospects. They’re under the same financial constraints the Dodgers and Padres are ($300,000).

Ohtani, reportedly, wants to sign in a smallish media market and on the West Coast. At least, that’s what Yankees’ general manager Brian Cashman said when he told reporters the Yankees were out on Ohtani. Odds are that, isn’t 100 percent accurate, but let’s run with it for a moment.

If true, that would seemingly take the Dodgers out of the running, but they’ve been after Ohtani for almost a decade and have built a solid rapport with him. It just seemed more like he didn’t want to play in the New York or Boston media markets — the two most notorious markets in baseball.

Let’s look at how the Dodgers would fare in Ohtani’s questionnaire.

A detailed plan for integrating Shohei into the organization

Why the city and franchise are a desirable place to play

Ultimately, the Dodgers still seem like the best landing spot for him. They check all the boxes above, without question.

If I had to handicap it, I’d go as follows:

Ohtani has until Dec. 22 to decide where he’ll sign. This is going to be a long 18 days.

Dustin Nosler began writing about the Dodgers in July 2009 at his blog, Feelin' Kinda Blue. He co-hosted a weekly podcast with Jared Massey called Dugout Blues. He was a contributor/editor at The Hardball Times and True Blue LA. He graduated from California State University, Sacramento, with his bachelor’s degree in journalism and a minor in digital media. While at CSUS, he worked for the student-run newspaper The State Hornet for three years, culminating with a 1-year term as editor-in-chief. He resides in Stockton, Calif.
@DustinNosler
Previous 2017 Dodgers In Review: 1B Adrian Gonzalez
Next Podcast: ‘Dugout Blues’ episode 219 – Coaches, Ohtani, Stanton, prospects