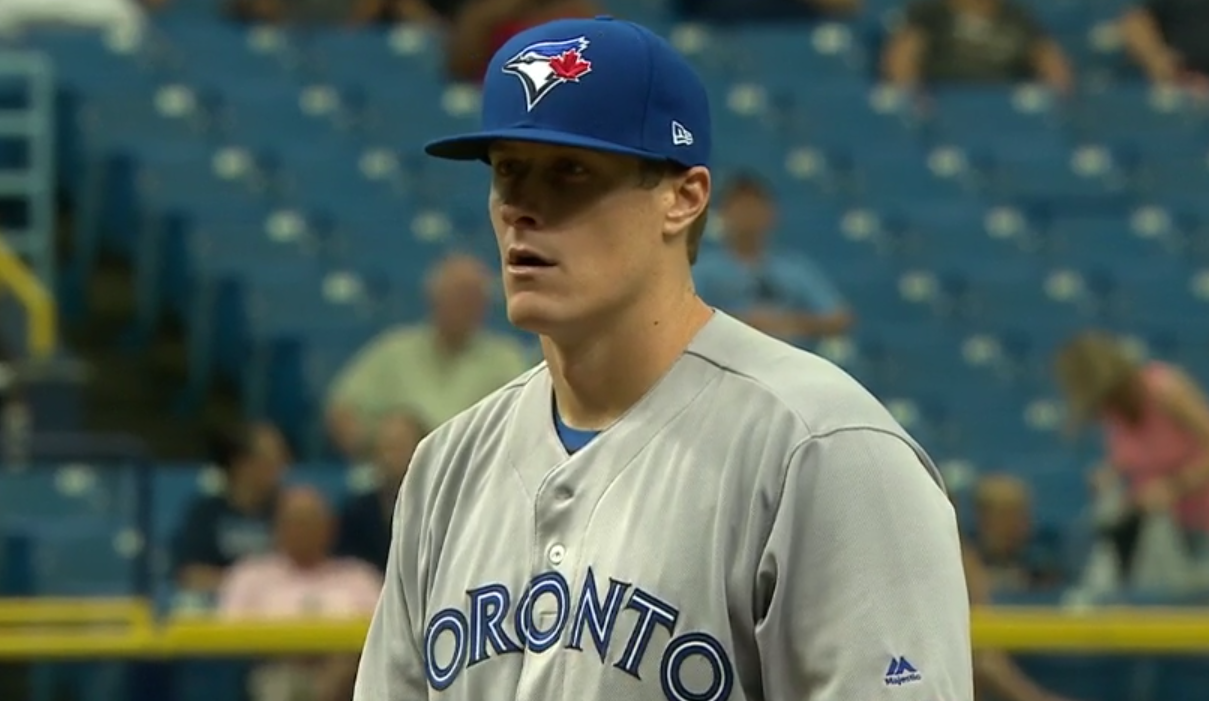 The Dodgers have finally done something! Well, maybe it’s not as exciting as people have desired, but right-handed pitcher Tom Koehler has been inked to a one-year deal, according to Chris Cotillo.

On the surface, this seems like a confusing signing. Koehler is coming off the worst season of his career in which he put up a 6.69 ERA and 6.05 FIP across just 72.2 innings. But even digging into his career numbers don’t paint a prettier picture, as Koehler carries a career ERA and FIP of 4.39 and 4.49, respectively. Meh.

So why bother, right? Well, after he was traded from the Marlins to the Blue Jays, Koehler started getting regular looks out of the pen. In his new role, he put up a 3.00 ERA and 3.16 FIP in 12 innings, while his strikeout rate ticked up (18.0% to 21.6%) and his walk rate almost halved (11.3% to 5.9%). Though perhaps what appealed most to the Dodgers was that Koehler’s fastball played up in the pen, and he started throwing as hard as ever, sitting 93-95 mph. Koehler also continued to use his three other pitches in his curve, slider, and change, though he leaned especially heavy on his curve in relief. With his arsenal, an added bonus he provides is that in a pinch he could be converted back to a starter.

Of course, what would a pitcher be without injury risk? And Koehler comes with missing almost two months last year with right shoulder bursitis. Though I suppose as far as shoulder injuries go, that’s an ideal one to have, and he did seemingly recover just fine. Still, 12 innings in relief is a tiny sample, and it’s surrounded by an awful lot of suck as a starter, so skepticism is not only understandable but probably sensible.

In terms of contract details, we don’t yet know how much the one-year deal is for, though I’m assuming it’s not going to be significant. Meanwhile, Koehler is out of options and he’s eligible for salary arbitration next year should the Dodgers choose to tender him a contract. Additionally, the team needs to clear a spot for him on the 40-man roster.

Koehler isn’t one of those signings that anybody should expect to come in and be an impact talent for the pen, but he is one of those “dumpster dives” the Dodgers like to do for their pen that could pay dividends later. The team is basically taking a chance on a talented arm that is playing up in relief, just hoping they can strike gold again. And on a deal like this, it’ll be worth it to find out if they’re right.