A look at the potential Opening Day outfield 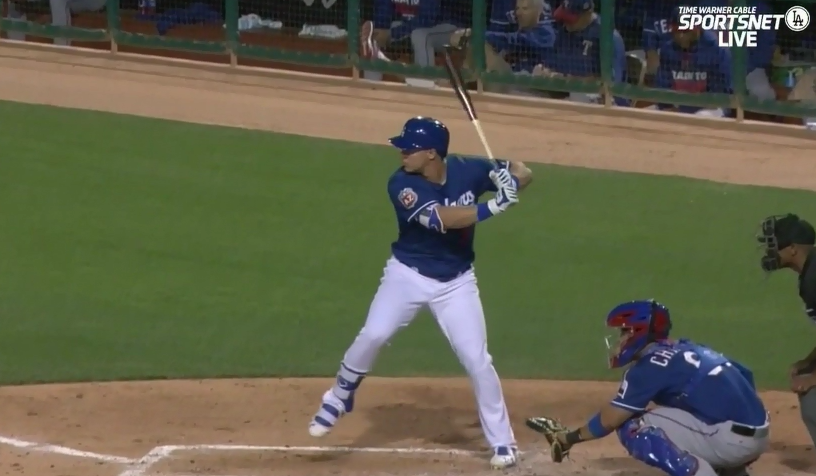 In my first piece, I looked at Matt Kemp’s potential role with the Dodgers in the 2018 season. In doing so, I noticed the absolute plethora of quality outfielders the team has on the 40-man roster. So today, I’m going to take a look at the guys who have the likeliest path to the Opening Day 25-man roster.

Stacie recently wrote about Andrew Toles, and he’s only improved his play since then. Alex wrote about Trayce Thompson and his situation. Both are definitely worth the read if you haven’t checked them out already.

There are eight guys on the 40-man that are capable, and all likely deserving of being part of an MLB outfield. However, Dave Roberts has said that the team will run an eight-man bullpen, the starting rotation has five, and it looks like the infield has seven locks.

Roberts said an 8-man bullpen is the “baseline” for his roster construction.

This leaves a total of five spots open for eight outfielders.

A few of these guys are easy locks to make the Opening Day roster like Puig, Hernandez, and Taylor. Puig had his best full season offensively and defensively since 2014. Taylor was incredible in 2017. Hernandez is also a lock as a super utility lefty-masher if nothing else (even if he hates that label).

So we know that those three are all making the roster.

This leaves five outfielders and only two spots.

First of all, Kemp is either getting traded prior to the season or will be on the Opening Day roster. However, I think it’s doubtful he gets moved. So far this spring, he’s been making me look good with a slash-line of .379/.419/.862. Assuming he isn’t traded, he’ll be at least part of the left field conversation. That leaves four outfielders left, with one spot available.

Thompson has no more minor-league options, meaning he’ll either make the Opening Day roster, or he’ll be designated for assignment. As I look more and more at the roster crunch, I think Thompson will miss the Opening Day roster and the team will hope he makes it through waivers unclaimed. I doubt the front office would want to lose him for nothing, but even if he were claimed, it’s likely not something they’d lose sleep over. With Thompson’s injury history and recent poor performance, he might make it through waivers to Oklahoma City after all. This leaves one outfield spot left, with three guys vying for it.

Right away, as good as Verdugo may become he’ll likely be starting the year in Triple-A. There are just too many other MLB caliber guys, and I’m sure Verdugo will get his shot, but keeping him in Triple-A to start will give him time to work on some things, and keep him from accruing service time. This now leaves a single spot for one of Pederson or Toles.

Both Joc and Toles are left fielders, and both are left-handed. Both also have options remaining to start either of them in Triple-A. Toles had surgery to repair a torn ACL just 10 months ago. It’d be an easy call to start him slow in Triple-A right? Well, not so much. While Spring Training stats should be taken with a grain of salt, let’s see how the two compare:

When in competition for essentially the same spot, these things may matter more than they usually do. It’s easier to say Pederson will start the year in Triple-A because he needs time to work things out when his competition is slugging .677 against the same pitching. But, we can’t forget what Pederson did in the World Series last year, either.

They essentially profile for the same spot, as odd as it is to say, which is the left-handed part of a platoon with Kemp. It’s likely only possible for one of these two to make the Opening Day roster, but things can change quickly in baseball. Injuries happen. Slumps happen. Trades happen.

But when the Giants come to LA for Opening Day in two weeks, one will likely be in LA, with the other in OKC. I see Toles getting his chance first.

Just a guy living in Southern California, having a good time writing about baseball. Hated baseball practice as a kid, but writing about it rules. Thanks for reading!
@AllanYamashige
Previous 2018 Dodgers Top 100 Prospects: No. 20-11
Next Matt Kemp shows Chan Ho Park his kicking technique, gets clowned on by Andrew Toles