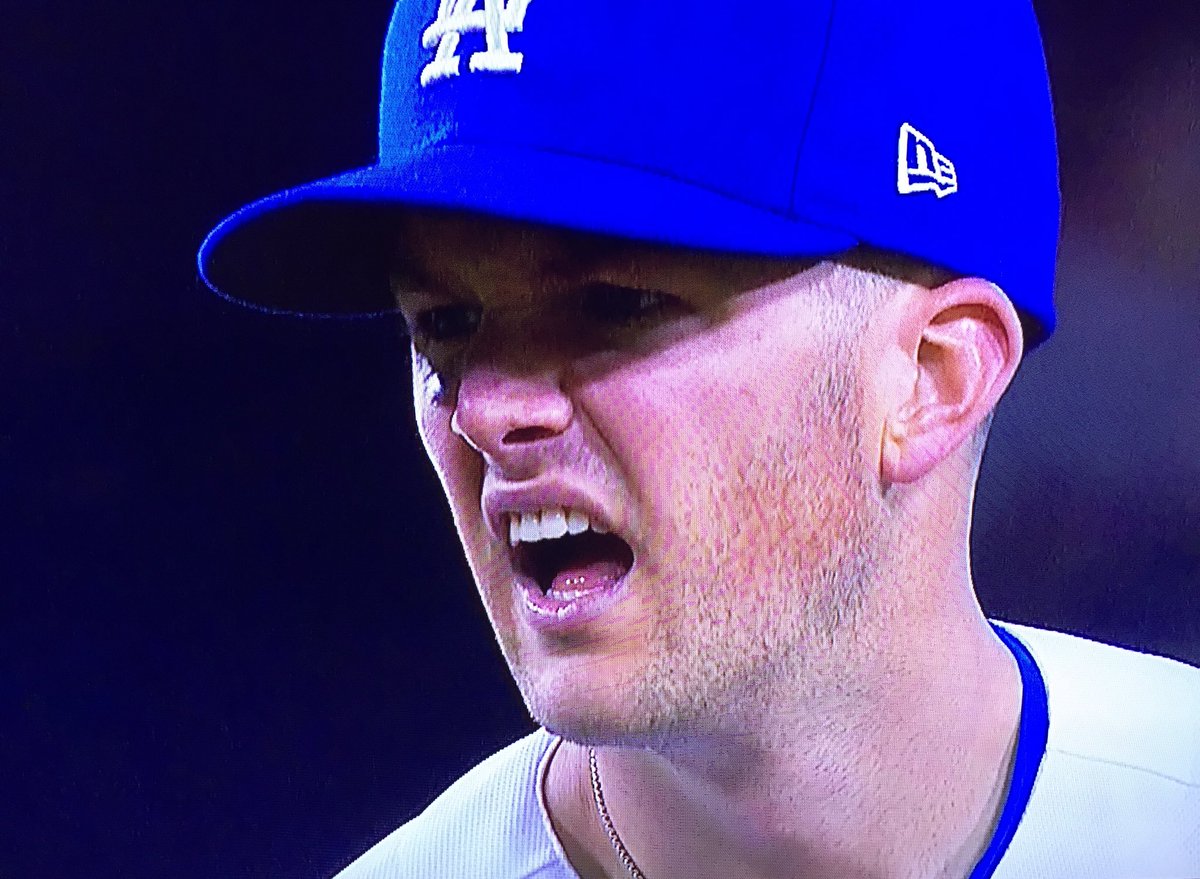 Yasiel Puig had played every game of the 2018 season so far, so Matt Kemp spelled him in right tonight. This was Kemp’s first start in right since July 29, 2016 — his last game as a Padre. The A’s hadn’t scored 16 runs since September 12, 2016. The A’s also hadn’t had 21 hits in a game since August 28, 2013. They had 21 hits tonight and the Dodgers had 12. Six runs are usually enough — just not when you surrender 16. Needless to say, it wasn’t pretty. Unless you, like myself, enjoy how Kemp and Yasmani Grandal were traded for each other and in 2018 on the same team were a combined six for nine.

Alex Wood got his evening off to a solid start striking out Marcus Semien, but Mark Canha reached on an infield single and cleanup hitter Khris Davis went opposite field for a two run homer on a sinker Wood left up in the zone.

On the other side, Daniel Mengden took the mound against the Dodgers tonight. Mengden sports potentially the oddest windup in baseball, and most definitely the worst/best mustache in the league.

He got Chris Taylor swinging, but Joc Pederson ended up at second due to a miscommunication (gift?) on a routine flyball between A’s outfielders Trayce Thompson and Stephen Piscotty. A wild pitch and a Corey Seager ground out put the Dodgers on the board — the first run the Dodgers have scored behind Alex Wood all season. Kemp had a hard-hit single after, but was stranded by Cody Bellinger. Logan Forsythe also had a hard-hit single in the second, but the inning was rather uneventful all together. Wood then worked through the third with his first 1-2-3 inning of the night.

Davis led off the fourth with his fourth consecutive hit — a double down the left-field line. Matt Chapman proceeded to bring Davis home with a single up the middle. Jonathan Lucroy reached on a fielders choice, in which that fielder was Utley and his choice was to make an ill-advised flip to Seager at second resulting in all runners being safe. Wood struck out Thompson, but allowed a two-out single to Mengden, and an errant throw by Chris Taylor put the runners on second and third with the top of the order coming up. Semien ripped a 2-2 curve down the left-field line for a bases clearing double to put the A’s up 6-1.

Wood’s final line — (3.2 IP, 6H, 7ER, 5K). Of the four hits for the A’s in the fourth off Wood, two were curves, and two were changeups. His intriguing pitch-mix continued, out of 76 pitches he threw only 29 fastballs averaging 89.3 MPH according to Brooks Baseball. He threw 25 changeups, and 22 curves, and maybe the Dodgers are trying to counteract his reduced velocity by prompting him to throw his off-speed stuff more often a la Rich Hill. (He’s on the path to throwing softer than Hill too.) Either way, it’ll be interesting to follow moving forward.

Wood was relieved after 3.2 innings by JT Chargois to face Matt Olson. Chargois sat 95 MPH with solid movement on his fastball, however Olson dug out a slider and singled to left-center bringing home Semien — Wood’s seventh earned run. A 365-foot flyout by Jed Lowrie ended the frame.

With one out in the fourth, Grandal continued his hot start. He turned on a fastball, dropped the bat, and it was 7-2. His team-leading second home run of the season.

Pedro Baez was brought in for the fifth against the heart of the A’s order. The red-hot Davis singled to start the inning, his fifth consecutive hit. Baez got Chapman to pop out, and then allowed two singles to load the bases. Thompson popped out, bringing up Mengden. Against all odds, Baez was able to strike out the A’s pitcher to get out of a bases-loaded jam. He reared back to 96.7 MPH to do so.

Scott Alexander was given the sixth, his first outing after shaving his mustache off. I’m always up for the potential of stupid splits stats. However, he walked his first batter, Semien on five pitches and Olson followed that with a single to right — Alexander was off to another dicey start. Lowrie followed that with a single to center. 8-2 A’s, first and third, no outs. Alexander proceeded to bounce a sinker short of the plate for a wild pitch. 9-2 A’s. Another bounced sinker wild pitch put Lowrie on third. Where is that mustache when you need it? Two groundouts later and Alexander was out of the sixth.

Leading off the sixth, Kemp pounced on a hanging curve and doubled into the left-center gap. Bellinger followed by lacing a fastball 109 MPH directly to Olson at first, but it was too hot for him to handle. With runners on the corners, Mengden was relieved by Yusmerio Petit to face Grandal. Grandal singled sharply to right scoring Kemp. Utley and Forysthe both ground out bringing home Bellinger to make it 9-4. With a runner on second, and Puig pinch-hitting for Alexander, Puig launched a 105 MPH fly ball to deep center — 395 feet — 97% hit probability. Robbed by Thompson. I would say we lost the trade, but there was no trade so … lost the DFA?

That was indicative of the 2018 season for Puig so far, and I’ll have something in the near future regarding this.

Fields had a rocky seventh inning, allowing a double to Lucroy, and a single to Semien — 10-4 A’s. Wilmer Font was given the eighth, where he promptly allowed a Lowrie single and a Chapman home run. 12-4 A’s. Kemp singled to left off A’s lefty Ryan Buchter. Grandal doubled into the left-center gap from the right side of the box. Rinse and repeat. Kemp tagged up on an Utley flyball, 12-5 A’s. Hopefully those two stay hot until the rest of the team comes around. Font allowed four more hits and four more runs in the ninth. An 11-pitch at bat by Lowrie was hit for a three run homer. 16-5, A’s.

For OKC tonight, Andrew Toles went 4-for-6 with 5 RBIs, a double, 2 runs scored, a steal of third base and a strikeout in a 19-1 win over Round Rock.

In other news, baseball is terrible.

The Dodgers move to 4-7 with the loss. Their 10-game inter-league win streak is over. The Dodgers and A’s will meet again in Oakland for another two game series starting August 7.

Just a guy living in Southern California, having a good time writing about baseball. Hated baseball practice as a kid, but writing about it rules. Thanks for reading!
@AllanYamashige
Previous A’s @ Dodgers April 11, 2018: A winning streak, maybe?
Next Los Angeles Dodgers awarded 2020 All-Star Game